It started with a seed planted in the mind of Scottish artist Katie Paterson when she made the connection between tree rings and chapters of books. Now several years in the making, Paterson’s vision will unfold over the next century in her artwork Future Library–an ambitious and evolving piece that will outlive Paterson and most of us living today. 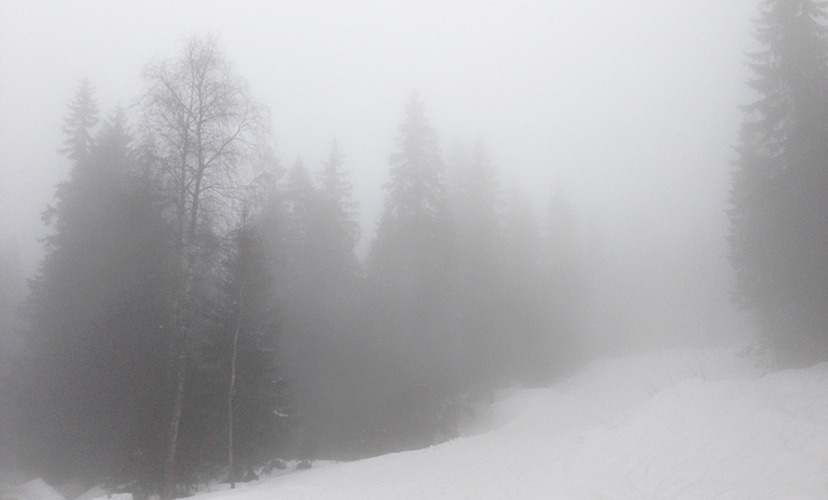 Photo by Giorgia Polizzi
In the summer of 02014, Paterson and her team planted 1,000 Norwegian Spruce saplings in the forest Normarka, situated just outside of Oslo. The site is about a 25-minute walk from a metro station, yet according to Paterson, feels deep within the forest and has no city sounds. 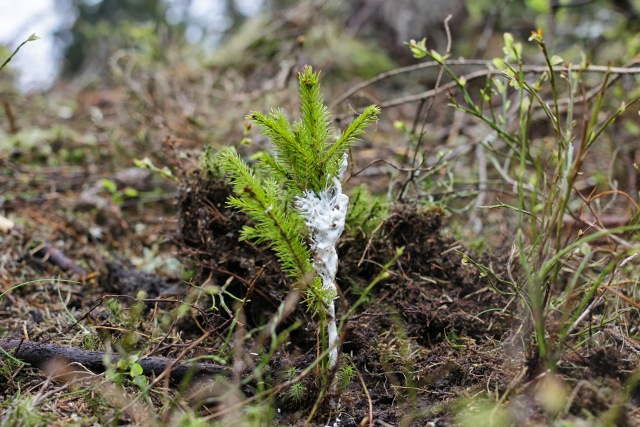 Photo by Giorgia Polizzi
These trees will supply the paper for an anthology of books to be printed in a hundred years’ time, when the saplings are fully grown. In the meantime, one writer every year will be invited to add a new text to the collection of unpublished, unread manuscripts held in trust at the New Public Deichmanske Library in Bjørvika until their publication date in 02114. The text can take on any length, form, and genre. The only request is to have the work submitted by manuscript within one year of invitation. As the trees grow, so does the collection. Katie Paterson explained:

The idea to grow trees to print books arose for me through making a connection with tree rings to chapters – the material nature of paper, pulp and books, and imagining the writer’s thoughts infusing themselves, ‘becoming’ the trees. Almost as if the trees absorb the writer’s words like air or water, and the tree rings become chapters, spaced out over the years to come…This artwork will bring together the work of preeminent writers, thinkers and philosophers of this and future generations. It is an artwork that belongs not only to us and the City of Oslo now, but to these who are not yet born.

With the forest planted, the next key part of the Future Library is designing the Silent Room to house the unpublished texts in the New Deichmanske Library, which will open in 02018. In collaboration with the library’s architects Lund Hagem and Atelier Oslo, Paterson is specially constructing this room from the cut-down trees recently cleared for the Future Library saplings. 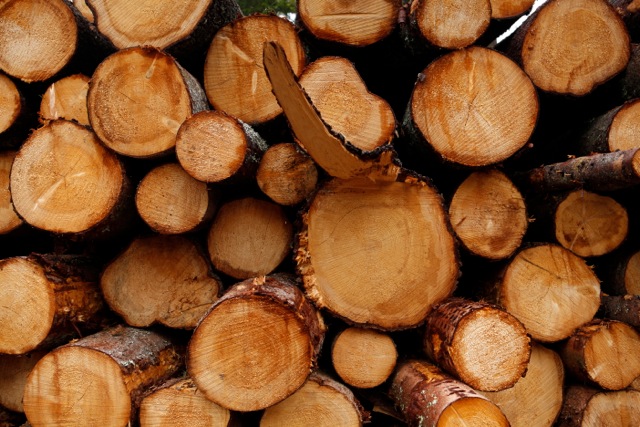 Photo by Giorgia Polizzi
The Silent Room will be located on the top floor of the library – the floor that houses the library’s special collection of books and archives. The small, intimate room will be geared for one or two people; it will face the forest, awaiting the growth of the trees and providing a view of where, in essence, the books are developing. The other aspect of the texts–the unpublished manuscripts–will be contained here with only the authors’ names, the title of their work and the year visible to visiting patrons. Katie Paterson explained:

The atmosphere is key in our design, aiming to create a sense of quietude, peacefulness, a contemplative space which can allow the imagination to journey to the forest, the trees, the writing, the deep time, the invisible connections, the mystery.

As is the case with any long-term project, questions of trust dominate the design of Paterson’s Future Library. Planning a project with a timescale of 100 years provides many challenges, such as the consideration of tree types, native Norwegian pests, climate, or potential fires; communicating across time; ensuring access to a printing press (one will be stored in Oslo and workshops will be held for the next generations in printing and binding books); and crafting 100-year contracts with lawyers. How will the library room be looked at and experienced in a century? How will the materials react over the decades to come? What languages will people be speaking in 02114? What kind of technologies will exist? What will be the status of the printed book, the written word? Paterson asked herself 100-year-timespan questions such as these with every decision made for Future Library. It involves thinking and developing on a timespan that transcends most conventional artwork. Paterson explained:

The works like Future Library really slow the pace down, to over a century. There is still constant movement within the artwork; inviting authors, the library room design, trust meetings, forest tending, yearly events, the writing, even the tree rings forming. Future Library will evolve and live over ‘long time’ and over ‘now’ simultaneously…I like the idea that time is substance, that can be manipulated and invented. I certainly see time as non-linear – reaches of time, webs, loops, networks, holes – and visualize time growing and existing like a cell or a wave, expanding and contracting. Future Library is marked out by yearly demarcations and these ‘chapters’ keep it fluid.

Future Library was conceived by Paterson, is commissioned and supported by the Bjørvika Utvikling urban development project, and produced by the Bristol-based arts producer Situations. A Future Library Trust has been established to help sustain Future Library for its 100-year duration. It consists of seven members, including the literary director of the Man Booker Prize. Its members will change decade by decade, and they are the ones to invite the 100 authors, whose names will be announced year by year. The authors are being selected for their “outstanding contributions to literature or poetry and for their work’s ability to capture the imagination of this and future generation.” 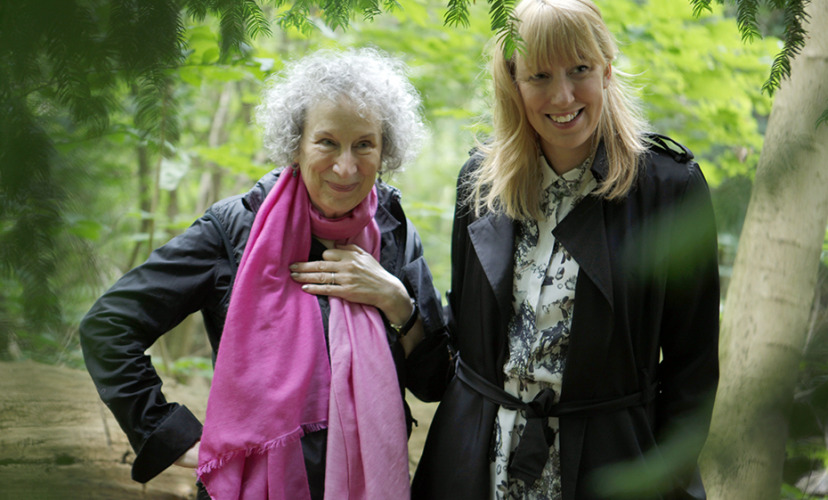 Photo by Giorgia Polizzi
This month, award-winning author Margaret Atwood was named as the first contributor to the Future Library. The author of novels such as Daughters of the North and Oryx and Crake (both of which will be included in Long Now’s own Manual for Civilization) is in many ways ideally suited for a collection like Future Library: much of Atwood’s work explores human lives and lived experience in a variety of possible futures. As Paterson explains,

[Atwood] is incredibly perceptive, continually writing about prescient subjects and her work speaks across generations, across time. She writes about time and catapults her readers to a future time and place, projecting unsettling, strange, dystopian worlds. Her work has so much to say about us alive now and futures we are building as a species.

Atwood has already started writing the tale that only she will read during her lifetime.

When asked about the content of her story in an interview with the Louisiana Channel, Atwood stated that wild horses could not drag it out of her:

I think it takes us to that period of childhood when we used to bury things in secret locations and hope that somebody would come and dig them up. Or that other period when we put messages in bottles and put them into the ocean. But essentially that’s what writing is anyway, so publishing a book is like a message in the bottle and throwing it in the ocean because you never know who will read it. And writing and publishing a book is also like time travel because the book is a vehicle for the voice, and it doesn’t turn into a voice again until somebody at the other end reads it. So in this case, the filament between the launching of the book and the turning of the book back into voice just happens to be longer than usual.

On a cosmic timescale, a span of 100 years is fleeting and insignificant. “However, in many ways the human timescale of 100 years is more confronting,” Paterson explains. “It is beyond many of our current life spans, but close enough to come face to face with it, to comprehend and relativize.”

What can help us confront and comprehend this short-yet-long timespan is, perhaps, a sense of hope and optimism. The Future Library project, for its part, tries to encourage these perspectives. In her reply letter to her Future Library invitation, Atwood wrote, “This project, at least, believes the human race will still be around in a hundred years!” Paterson expands upon Atwood’s statement in her own words:

In its essence, Future Library is hopeful – it believes there will be a forest, a book, and a reader in 100 years. The choices of this generation will shape the centuries to come, perhaps in an unprecedented way. Inside the forest time stands still. This place could have existed for one hundred, one thousand, one million, or even one hundred million years. I take comfort in the natural processes that have unfolded over such enormous expanses of time. Imagining the plethora of living beings that have evolved in its ecosystem. The earth itself has a predicted lifespan of another few billion years, and there are millions of other planets and galaxies. Life in this universe will continue to exist.

MYR is not just a collection of art but a place for contemplation, a way to internalize those worlds of deep time that can otherwise be so hard to grasp.