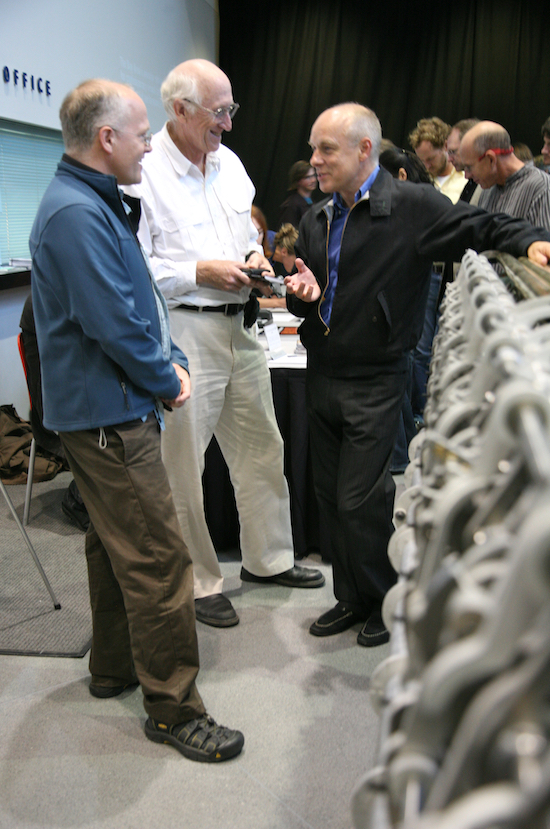 Exactly a decade ago today, in June 02007, Long Now hosted the North American Premiere of Brian Eno’s 77 Million Paintings. It was a celebration of Eno’s unique generative art work, as well as the inaugural event of our newly launched Long Now Membership program.

Here’s how we described the large scale art work at the time:

Conceived by Brian Eno as “visual music”, his latest artwork 77 Million Paintings is a constantly evolving sound and imagescape which continues his exploration into light as an artist’s medium and the aesthetic possibilities of “generative software”.

The Friday and Saturday shows were packed with about 900 attendees each. On Sunday we hosted a special Long Now members night. The crowd was smaller with only our newly joined charter members plus Long Now staff and Board, including the artist himself. 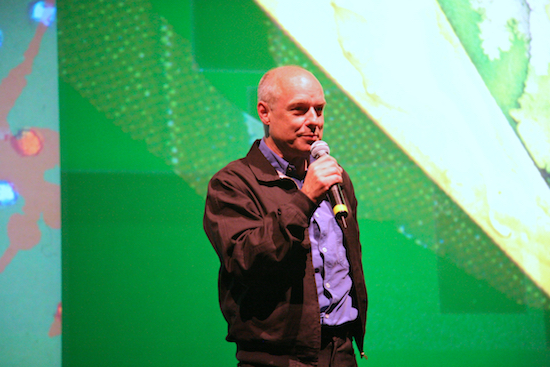 Brian Eno came in from London for the event. While he’d shown this work at the Venice Bienniale, the Milan Triennale, Tokyo, London and South Africa; this was its first showing in the U.S. (or anywhere in North America). The actual presentation was a unique large scale projection created collaboratively with San Francisco’s Obscura Digital creative studio. 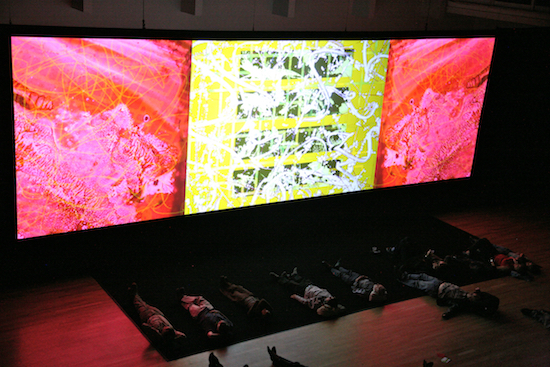 The installation was in a large, dark room accompanied by generative ambient Eno music. The audience could sit in chairs at the back of the room, sink into bean bags, or lie down on rugs or the floor closer to the screens. Like the Ambient Painting at The Interval or other examples of Eno’s generative visual art, a series of high resolution images slowly fade in and over each other and out again at a glacial pace. In brilliant colors, constantly transforming at a rate so slow it is difficult to track. Until you notice it’s completely different. 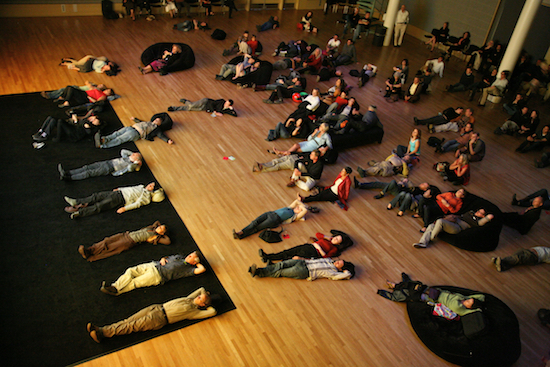 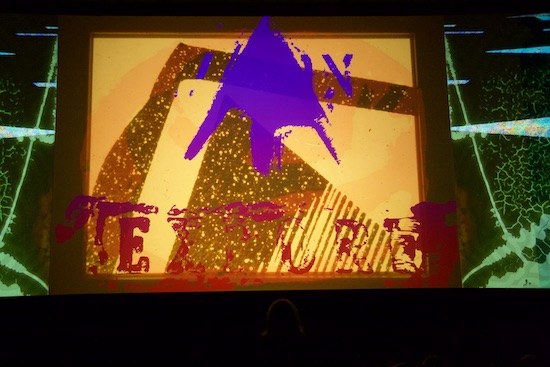 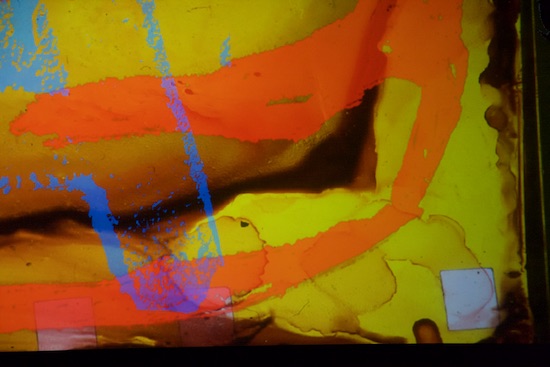 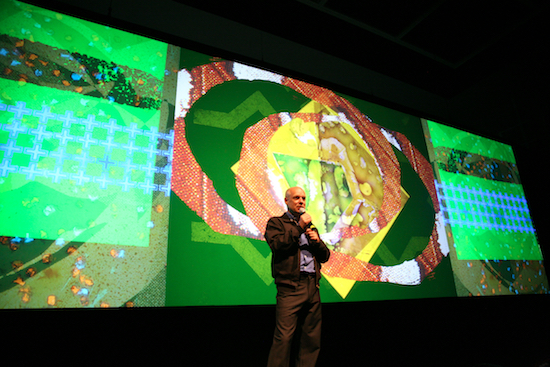 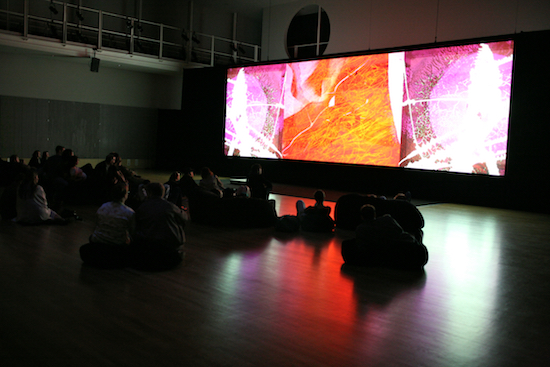 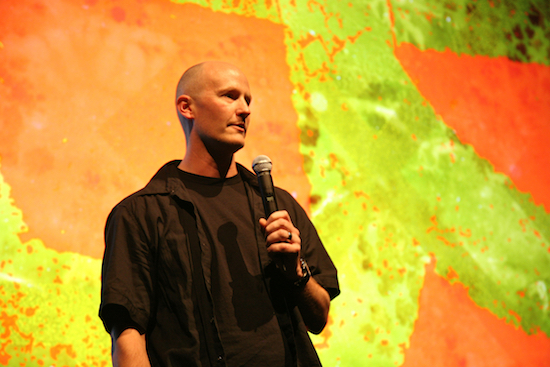 Eno: The pieces surprise me. I have 77 Million Paintings running in my studio a lot of the time. Occasionally I’ll look up from what I’m doing and I think, “God, I’ve never seen anything like that before!” And that’s a real thrill.
Wired News: When you look at it, do you feel like it’s something that you had a hand in creating?
Eno: Well, I know I did, but it’s a little bit like if you are dealing hands of cards and suddenly you deal four aces. You know it’s only another combination that’s no more or less likely than any of the other combinations of four cards you could deal. Nonetheless, some of the combinations are really striking. You think, “Wow — look at that one.” Sometimes some combination comes up and I know it’s some result of this system that I invented, but nonetheless I didn’t imagine such a thing could be produced by it.

The exterior of Yerba Buena Center for the Arts (YBCA) has its own beautiful illumination: 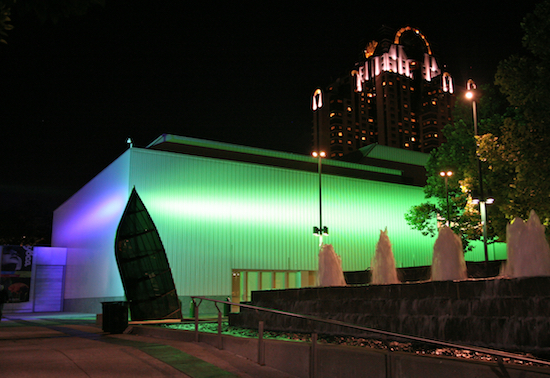 There was a simultaneous virtual version of 77 Million Paintings ongoing in Second Life: 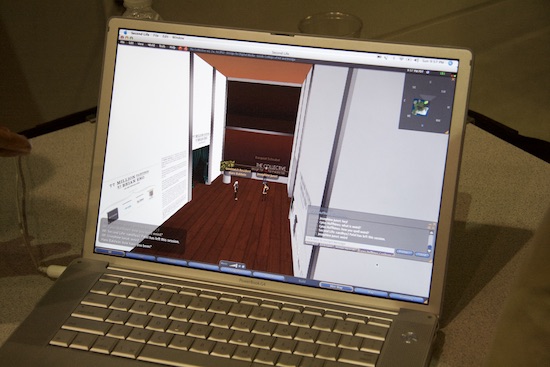 Here’s video of the Second Life version of 77 Million Paintings. Looking at it today gives you some sense of what the 02007 installation was like in person:

We brought the prototype of the 10,000 Year Clock’s Chime Generator to YBCA (this was 7 years before it was converted into a table for the opening of The Interval): 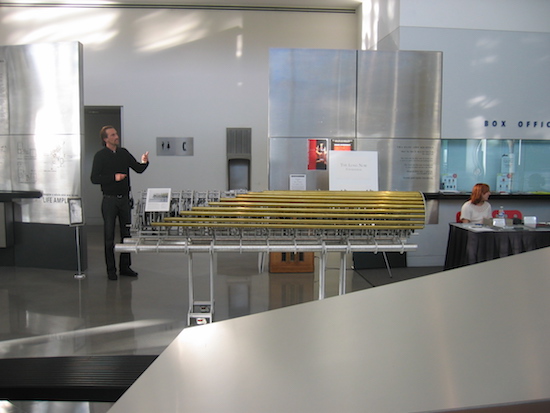 The Chime Generator was outfitted with tubular bells at the time: 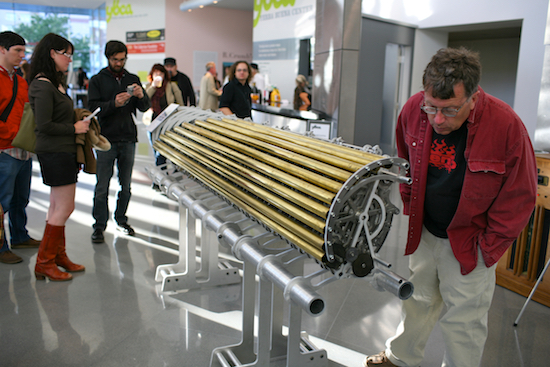 After two days open to the public, the closing night event was a performance and a party exclusively for Long Now members. Our membership program was brand new then, and many charter members joined just in time to attend the event. So a happy anniversary to all of you who are celebrating a decade as a Long Now member! 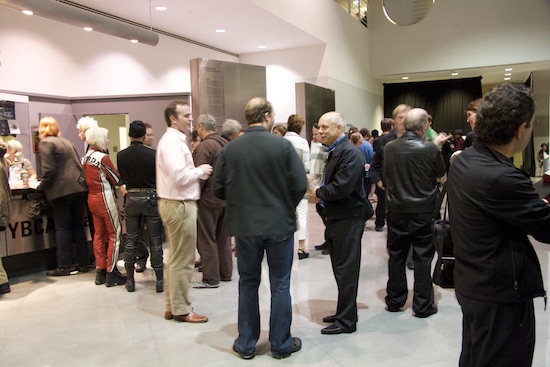 Members flew in from around the country for the event. Long Now’s Founders were all there. This began a tradition of Long Now special events with members which have included Longplayer / Long Conversation which was also at YBCA and our two Mechanicrawl events which explored of San Francisco’s mechanical wonders.

Here are a few more photos of Long Now staff and friends who attended: 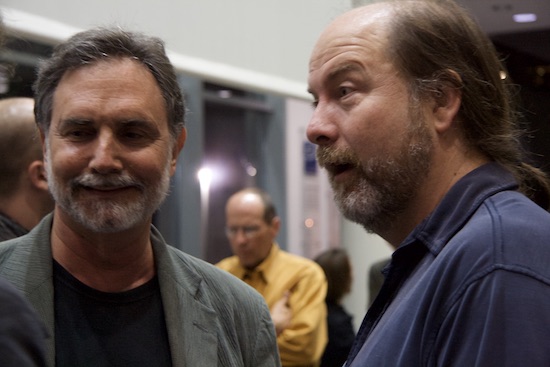 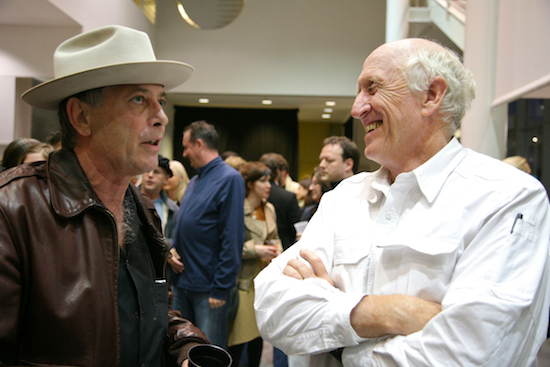 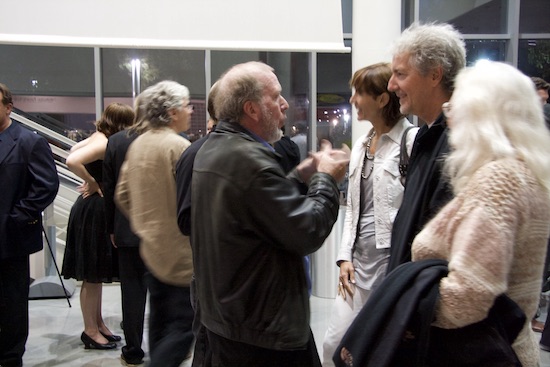 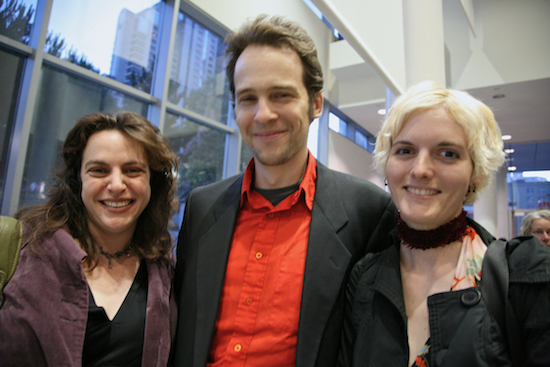 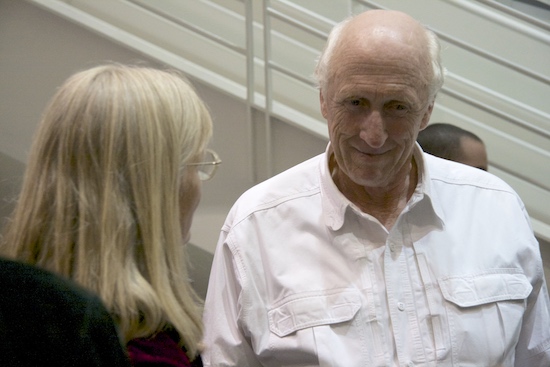 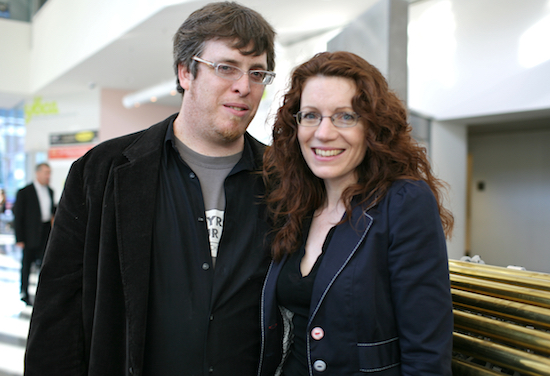 Thanks to Scott Beale / Laughing Squid, Robin Rupe, and myself for the photos used above. Please mouse over each to see the photo credit. 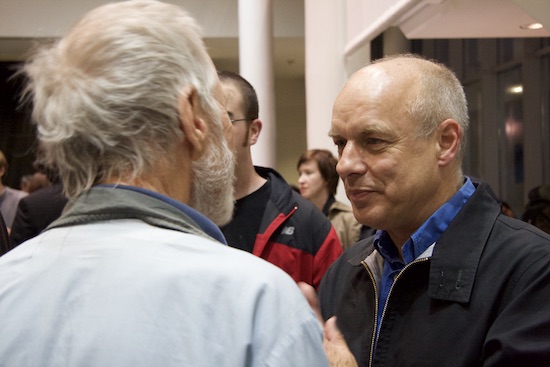 More on the production from Obscura Digital.