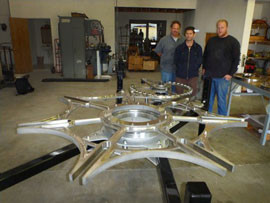 One of the systems absent from any of the early Clock prototypes was a fully functioning chime mechanism. For this Danny Hillis designed a progressive algorithm to ring a series of ten bells in a different sequence each day the Clock is fully wound over the course of 10,000 years. This would be over 3.5 million permutations. To produce this mechanically, we first built small prototypes that reproduced this algorithm through a series of phased Geneva wheels, (the large star-shaped plates running down the center of the mechanism). This algorithm was also used for Brian Eno's January 07003: Bell Studies for The Clock of the Long Now. 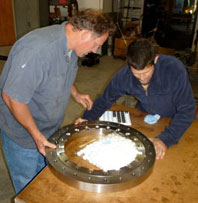 On this page you can see pictures and video of some our early aluminum prototypes of this mechanism, as well as the full size version which is comprised of twenty stainless steel Geneva wheels, eight feet in diameter, running on ceramic bearings.

The engineers on this part of the Clock are Paolo Salvagione and Greg Staples. The lead machinist and fabricator is Christopher Rand on the prototypes and full scale bearings, and Machinist Inc. for the large stainless pieces. 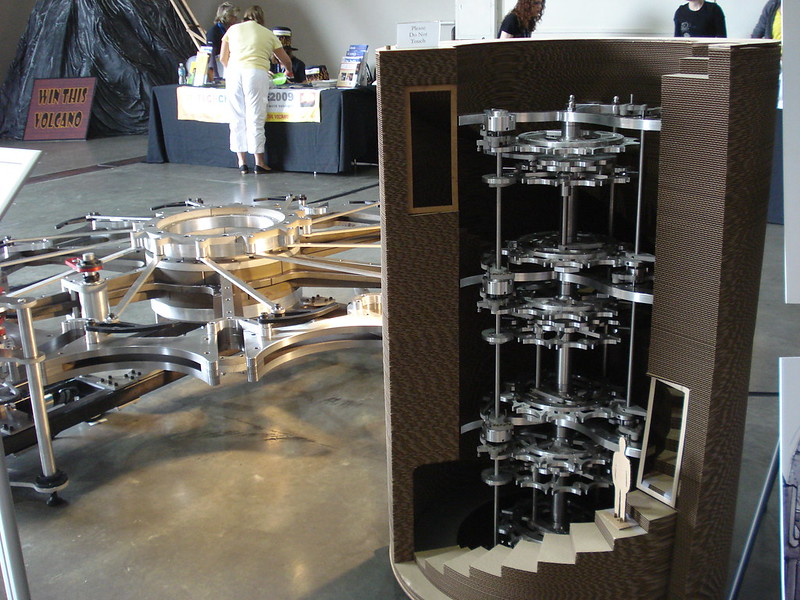