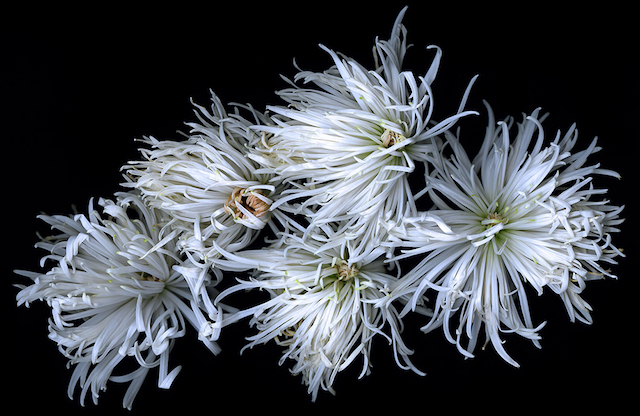 Every January, John Brockman presents the members of his online salon with a question that elicits discussion about some of the biggest intellectual and scientific issues of our time. Previous iterations have included prompts such as “What should we be worried about?” or  “What do you think about machines that think?” The essay responses – in excess of a hundred each year – offer a wealth of insight into the direction of today’s cultural forces, scientific innovations, and global trends.

What scientific term or concept ought to be more widely known?

The extensive collection of answers includes contributions by several Long Now Board members, fellows, and past (and future!) SALT speakers:

George Dyson, who spoke at Long Now in 02013, says the Reynolds Number from fluid dynamics can be applied to non-traditional domains to understand why things might go smoothly for a while, and then all of a sudden don’t.

Priyamvada Natarajan, who spoke at Long Now in 02016, describes how the bending of light, or gravitational lensing, is a consequence of Einstein’s re-conceptualization of gravity in his theory of relativity.

Samuel Arbesman, who spoke at the Interval in 02016, says “magical” self-replicating computer programs known as quines underscore the limits of mathematics and computer science while demonstrating that reproduction isn’t limited to the domain of the biological.

Michael Shermer, who spoke at Long Now in 02015, says the very human tendency to be “preternaturally pessimistic” has an evolutionary basis. Negativity bias, which can be observed across all domains of life, is a holdover from an evolutionary past where existence was more dangerous, so over-reacting to threats offered more of a pay-off than under-reacting.

Long Now Board Member Brian Eno sets his sights on confirmation bias after a particularly divisive election season playing out on social media revealed that more information does not necessarily equal better decisions.

George Church of Long Now’s Revive and Restore says that while DNA may be one of the most widely known scientific terms, far too few people understand the DNA in their own bodies. With DNA tests as low as $499, Church says there’s no reason not to get your DNA tested, especially when it could allow for preventative measures when it comes to genetic diseases.

Brian Christian, who spoke at Long Now in 02016, argues that human culture progresses via the retention of youthful traits into adulthood, a process known as neoteny.

Long Now Board Member Kevin Kelly argues that the best way to steer clear of failure is by letting go of success once it is achieved, thereby avoiding premature optimization.

Long Now Board Member Danny Hillis unpacks impedance matching, or adding elements to a system so that it accepts energy more efficiently. He predicts a future where impedance matching could help cool the earth by adding tiny particles of dust to our stratosphere that would reflect away the sun’s infrared waves.

Steven Pinker, who spoke at Long Now in 02012, argues that the meaning of life and human purpose lies in the second law of thermodynamics. Pinker believes our deeply-engrained habit of under-appreciating the universe’s tendency towards disorder is “a major source of human folly.”

Long Now Board Member Paul Saffo says that at the heart of today’s biggest challenges, from sustaining mega-cities to overpopulation to information overload, are hidden laws of scale described by Haldane’s Rule of the Right Size.

Martin Rees, who spoke at Long Now in 02010, says we may be living in a multiverse.

These are just a few of this year’s thought-provoking answers; you can read the full collection here.