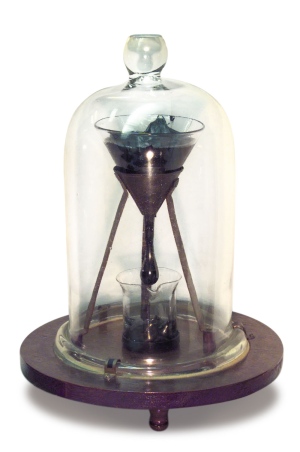 Scientific experiments often take place in the blink of an eye: two protons can travel 17 miles to slam into each other within less than a second, computer programs can analyze a vast collection of data within minutes, and experimental drugs can take effect in as little as a few hours.

But here and there, a few ongoing projects remind us that science is ultimately a very long-term pursuit, and that the small experiments it runs add up to some very large and important answers. Nature has compiled a list of some of the world’s longest-running research projects.

From the 400-year effort to record sunspot activity, to the very slow-moving pitch-drop experiment, it writes,

“Experiments operating at this pace are challenged by shifting research priorities and technologies, and their existence is regularly threatened by funding droughts and changes in stewardship. But they are bound together by the foresight of the scientists who started them and the patience and dedication of those who carry the torch. If persistence predicts a long and healthy life – as one 90-year study of human longevity has suggested – then the scientists featured here could set some records themselves.”