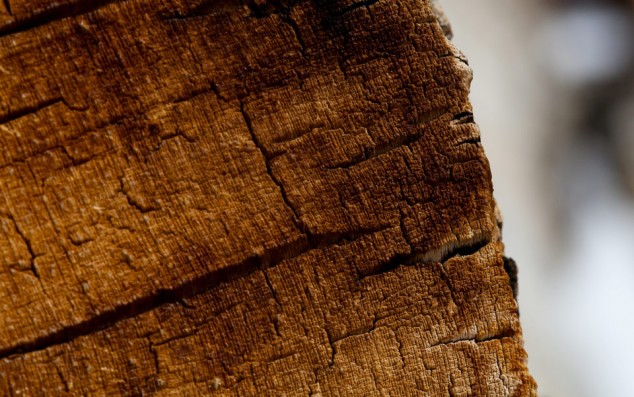 “Trees and forests are repositories of time; to destroy them is to destroy an irreplaceable record of the Earth’s past.”

Whether we’ve grown up in the big city, a small town, or in the middle of the woods, most of us are familiar with the concept of tree rings. As children, we were taught that a tree is a kind of natural clock: count its rings, and find out how old it is. But what we may not all have learned, is that tree rings can tell a larger story.

Dendrochronology, or the science of tree-ring dating, has discovered that the rings on a tree not only record the number of years a tree has lived; they also preserve the memory of what those years were like. The thickness and coloration of tree rings speak of droughts and storms, unusual heat, excessive cold – even of sunspots. Trees are a living record of long-term climate change, geological evolution, and of life on earth in general.

Unfortunately, Ross Andersen recently wrote in Aeon magazine, human civilization has a long history of wiping out that record. In fact, the practice of deforestation may be as old as civilization itself. We felled trees for practical purposes: because we needed wood to build houses, fires, and weapons, or because we needed open space to cultivate our crops. But Andersen suggests we might be driven by a deeper motivation, as well:

“…a suspicion of forests as dark, shadowy places is written into the basic texts of Western culture. In Greek mythology, Dionysus, the ivy-wreathed god of the ‘wooded glens’, threatens civilization with a return to animalistic primitivism. In the Old Testament, Yahweh commands Hebrews to burn down sacred groves wherever they find them. Christian culture has traditionally identified the forests as a pagan stronghold, a gloomy haven for witches and outlaws. In Dante the forest is demon-haunted and evil, the underworld out of which the hero must ascend. For Descartes the forest is the precursor to enlightenment, the physical embodiment of confusion, the maze that the light beams of reason must penetrate.”

Early on in human history, Andersen writes, our small numbers and limited technology kept our resentment relatively contained. But as civilization expanded, we developed the capacity to destroy trees on an ever faster and larger scale. We’ve now managed to overpower the forests we so resented: our rate of destruction has become greater than their rate of growth.

Our powers of deforestation have grown to such heights, Andersen writes, that they now threaten to affect a particularly remote and hardy species: bristlecone pines.

Among the oldest living creatures on earth, bristlecone pines have a particularly significant story to tell about the history of time on Earth. Preferring cool and dry climates, bristlecones have thrived for millennia in remote areas beyond the reach of pests, parasites, and predators. Its particular biological properties allow it to continually regenerate itself; provided it is left alone in a comfortable, alpine environment, bristlecones could – hypothetically – live forever.

Unfortunately, however, the changes of the Anthropocene seem to be catching up with the bristlecones.

“In 2005, a researcher from Arizona’s tree-ring lab named Matthew Salzer noticed an unusual trend in the most recent stretch of bristlecone tree rings. Over the past half century, bristlecones near the tree line have grown faster than in any 50-year period of the past 3,700 years, a shift that portends ‘an environmental change unprecedented in millennia,’ according to Salzer. As temperatures along the peaks warm, the bristlecones are fattening up, adding thick rings in every spring season. … This might sound like good news for the trees, but it most assuredly is not. Indeed, the thick new rings might be a prophecy of sorts, a foretelling of the trees’ extinction.”

As climate change gradually warms the Earth, bristlecones have been climbing ever higher up their mountain ranges in search of the isolation they prefer. Eventually, however, there will be no place left for them to go. As their surroundings warm up, pests, parasites, and other effects of global warming will invade their habitat, threatening these trees with extinction. Salzer’s finding is, indeed, a warning sign.

“If global warming drives these trees to extinction it will signal an evolution in the technology of deforestation. In the past we have menaced trees with axes and torches, but now it will be the hot, aggregated exhaust of our civilizations. Deforestation once arose out of our animosity towards particular forests, those that stood in the way of our future homes and crops. But deforestation is becoming delocalized; it is becoming an unavoidable byproduct of our existence, a diffuse, Earth-spanning emanation no tree can escape – even those that take root at the far reaches of the bio-inhabitable world.”

Read: The Vanishing Groves by Ross Anderson in Aeon Magazine