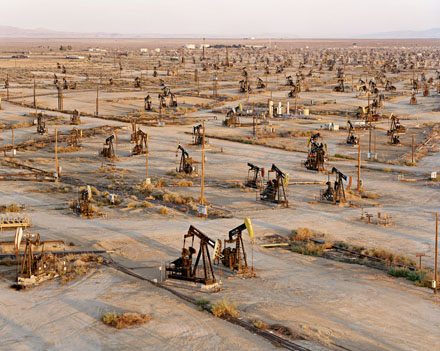 Since the end of the last ice age a little over 10,000 years or so ago, human civilization has blossomed in a climatically friendly epoch known as the Holocene. The flowers are still blooming, but as climate change begins to mix things up some have been predicting that the story of recent and pending human history will prove quite dramatic…and it will be written in stone. National Geographic reports:

Stratigraphers like Zalasiewicz are, as a rule, hard to impress. Their job is to piece together Earth’s history from clues that can be coaxed out of layers of rock millions of years after the fact. They take the long view—the extremely long view—of events, only the most violent of which are likely to leave behind clear, lasting signals. It’s those events that mark the crucial episodes in the planet’s 4.5-billion-year story, the turning points that divide it into comprehensible chapters.

So it’s disconcerting to learn that many stratigraphers have come to believe that we are such an event—that human beings have so altered the planet in just the past century or two that we’ve ushered in a new epoch: the Anthropocene. Standing in the smirr, I ask Zalasiewicz what he thinks this epoch will look like to the geologists of the distant future, whoever or whatever they may be. Will the transition be a moderate one, like dozens of others that appear in the record, or will it show up as a sharp band in which very bad things happened—like the mass extinction at the end of the Ordovician?

That, Zalasiewicz says, is what we are in the process of determining.

Whether or not humans are ushering in such a singular moment in recent geologic history, there seems to be increasing support for the notion that we are leaving the Holocene behind, and that ‘we’ have enough to do with that transition to merit naming the new epoch after ourselves. The term ‘Anthropocene’ was first used by Paul Crutzen, a Dutch chemist, at a conference about ten years ago. It’s come a long way: today it is featured in the March issue of the National Geographic.

Crutzen…thinks its real value won’t lie in revisions to geology textbooks. His purpose is broader: He wants to focus our attention on the consequences of our collective action—and on how we might still avert the worst. “What I hope,” he says, “is that the term ‘Anthropocene’ will be a warning to the world.”

The photograph of the oil field above was taken by Edward Burtynsky, who spoke at our seminar series in 2008 on “The 10,000-year Gallery.”