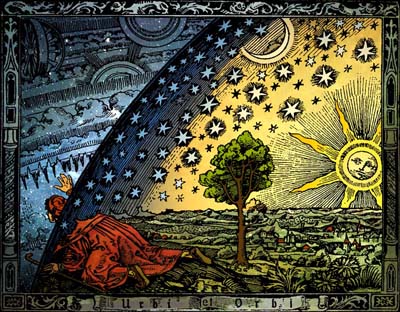 On November 1st and 2nd, Stanford University and UC Berkeley will be hosting a gathering of the “scientific community.”  You don’t need tenure to get in, though.  The goal of Wonderfest is to bring together all who are curious, regardless of institutional ranking, to celebrate the scientific quest for truth and to hear a little bit about how we’re doing on some of the big questions.

On Saturday at Stanford, you can hear a physicist and a statistician discuss randomness, some geneticists hoping to revive extinct species, and a whole panel of conservation, carbon capture, solar and fission experts talking about the future of energy.  There will also be a Science Expo featuring art, books, comedy, crafts and music with a “scientific bent,” and a Mind Duel, pitting scientists against high school students.

The Wonderfest heads up to UC Berkeley on Sunday with an astronomer and SETI’s Chief Scientist discussing humanity’s heretofore cosmic loneliness, a psychiatrist talking about dreams with a sleep researcher and a discussion about how to make politics a little more science-savvy.  In addition, the Science Expo continues!

“I hold that the popularization of science is successful if, at first, it does no more than spark the sense of wonder.”  This sentiment, expressed by astronomer Carl Sagan shortly before he died, inspired the name — and the emotional foundation — of America’s oldest science festival.   After ten years, Wonderfest, the Bay Area Festival of Science, is still dedicated to Sagan’s memory.

Wonderfest 2008, the tenth anniversary festival, happens at Stanford on Saturday, Nov. 1, and at UC Berkeley on Sunday, Nov. 2.  The heart of Wonderfest is a series of public dialogues between world-class researchers in discussion of provocative scientific questions.  This year’s dialogues address the origin of randomness, the revival of extinct species, humanity’s perilous energy future, the decades long failure of SETI, the significance of dreams, and the science understanding that is essential for our leaders.

The dialogues and many ancillary activities — some festive, some deep — serve to broaden the meaning of “scientific community.”  Professional scientists often use this term to refer only to themselves.  Wonderfest uses it to describe everyone who regards science as the best way of learning how the world really is.