“Birth of the Global Mind” 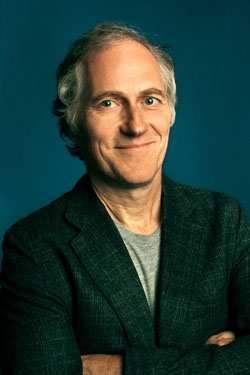 Tim O’Reilly is a prolific maker of sense. For countless hackers and programmers the world over, his publishing company’s books have helped make sense of programming languages and web technologies. And more broadly, many of the applications and services built by those hackers have, in the last decade, brought about an unprecedented expansion of our very senses. A web user of today can possess awareness of people and events at a distance, to a depth, and with a quickness that was scarcely imaginable when O’Reilly Media was founded in 1978.

Our increasing ambient awareness of the inner and outer states of people all over the globe is the result of an important shift in the way web content is created. Viewing the web as a platform on which users can participate rather than simply consume was called Web 2.0, and O’Reilly was quick to support the skills, ideas and techniques that would enable web developers to embrace this perspective. Steven Levy hinted at why in 02005:

As it turns out, the levers and pulleys of this new Net neatly reflect the operating principles of the man who helped define it: a philosophy of participation and sharing and a sense that collective action will inevitably accrue to the greater good. The crucial technologies that make this happen – the digital infrastructure that makes the online world a perpetual swap meet of goods and ideas – are the culmination of all the stuff he’s been tracking, supporting, and popularizing for the past 20 years.

O’Reilly’s focus on the web as an enabling mechanism for social awareness and empowerment (and perhaps ultimately, a “Global Mind”) looks far into the future, but is also grounded in his interest in writings and thinking done thousands of years in the past. As an undergraduate, he studied Classics and retains an affinity for the lessons he learned from Socrates, Plutarch and others. In an interview about these lessons, O’Reilly credits them with helping him to spot the trends that have led to his success in business. But more than just spotting trends, he has described and refined them, molding glimmers of ideas into causes and campaigns taken up by large swaths of the digital world. This, too, he credits to his classical education:

In telling the same story over and over again in different ways, I’m following in the footsteps of the Greek orator (alas, I forget his name) who said “The difference between a man and a sheep is that a sheep just bleats, but a man keeps saying the same thing in different ways until he gets what he wants.”) Look at a series of essays like Hardware, Software, and Infoware, The Open Source Paradigm Shift, and What is Web 2.0? and you’ll see me pursuing the same ideas, refining, clarifying, and advocating till I get what I want. 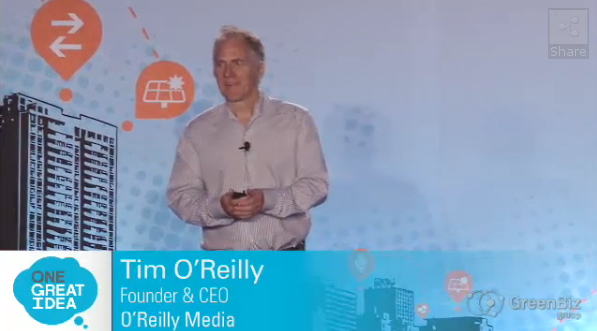 O’Reilly has taken to calling the trend he’s been mulling over most recently – this interweaving collective oneness of our brains and programs – the Global Mind.

Like open source software and “Web 2.0”, the idea has been around since before Tim O’Reilly started discussing and promoting it. But as before, perhaps in his hands – after a few revisions, a few conversations, or a few lectures – the idea of the Global Mind will take the shape of something that can be evaluated, acted upon, and maybe even rallied around.

Tim O’Reilly makes sense of the emerging Global Mind on September 5th at the Cowell Theater. You can reserve tickets, get directions and sign up for the podcast on the Seminar page.