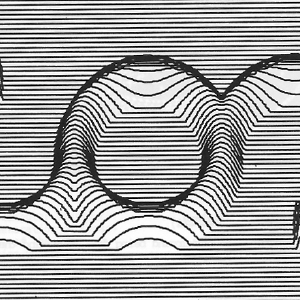 With the ever-accelerating evolution of hardware and software, we stand to lose much more than reels of data. A vast collection of computer art risks slipping into digital darkness, as well.

Concerned about this impending loss, NYU student Matthew Epler recently founded the ReCode project: a community-driven effort to create an active archive for the products of “creative computing.”

But lest the idea of an “archive” should call to mind anything stuffy or rigid, the project involves much more than preservation alone. Epler hopes to revive computer art by translating it into a contemporary programming language, and thereby making it available for others to learn from and use in their own creative pursuits. (This isn’t storage – it’s “movage.”)

Furthermore, the archaeological endeavor of deciphering the obsolescent code in which works of digital art were written invites us to learn something about the history of computer languages. As such, Epler hopes that the ReCode project will generate awareness of the historical and cultural context in which computer art is created. In a blog post on Wired’s web page, Epler writes:

“… this project aims to start a larger discussion about the transitory nature of not only our work but also the languages and platforms on which we create it. Can we see a common conceptual thread through these pieces that speaks to the digital art practice as a whole over decades? Or will our work always be limited by our machines? … I feel these discussions are necessary to push through the “Tumblr-era” of digital art works and into one that legitimizes itself through critical reflection and historical grounding.”

If you’re interested in getting involved, Epler invites you to join in on the process of translation. Here’s a guide to get you started.