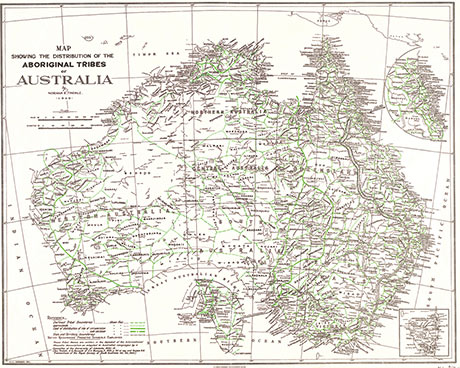 Of the 145 indigenous languages spoken on the Australian continent, 110 are in danger of extinction, but a linguistics professor at the University of Sydney recently discovered a trove of documents that may help Australians better understand and preserve this diversity.

It started with just a pair of small notebooks from the 19th century. Michael Walsh stumbled across them in the New South Wales State Library and quickly realized they contained a handwritten dictionary of an Australian Indigenous language. The document was news to Walsh and lead him to dig deeper into the library’s archives. After two years’ worth of research, he came away with new (old) data on over 100 Australian languages, many no longer spoken. The find is a huge boon to the understanding of Australia’s linguistic history and diversity.

These documents, collected in part to harvest knowledge amid attempts to exert control on Australia’s Indigenous population, will now help to preserve that culture.