In 02005, Daniel K. Simon, believing the effects of Peak Oil to be close at hand, wrote,

“Five years is too short to expect much change in this area – we may not even have peaked by then. But once we do peak, it won’t be much of a problem.” 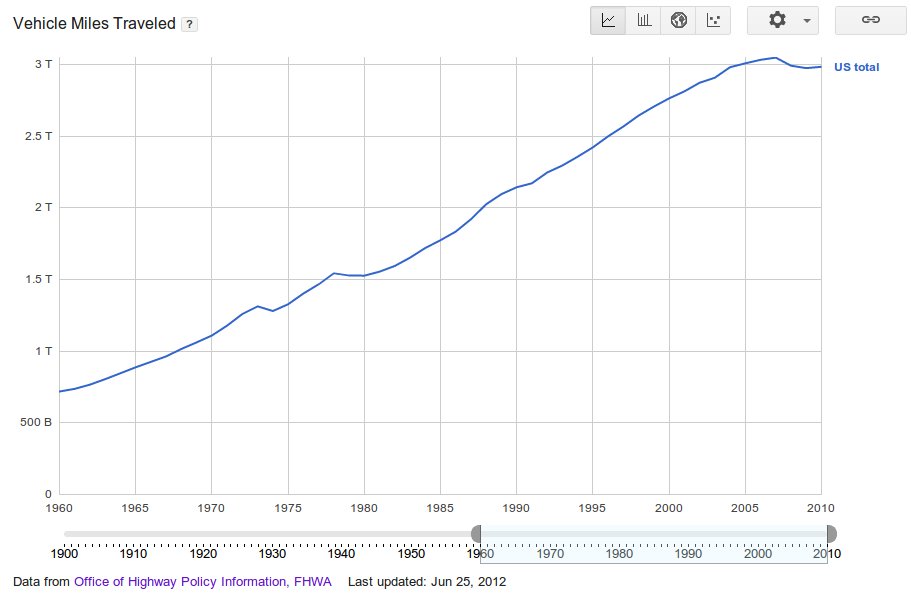 Adjudication of this Bet proved interesting: Vehicle Miles Traveled in the US have followed a surprising regular upward curve, for as long as they’ve been tabulated, with only a few deviations from the trend. One of those deviations began in 02008. Why? While the nature of peak oil is such that it will be hard to identify until afterwards, the timing of the recent dip in VMT seems to implicate the recent economic recession more than anything else. Regardless, the Bet is about the numbers, not causation or correlations.

The winnings of this Bet ($400 plus half the accrued interest) will go to the Post Carbon Institute.