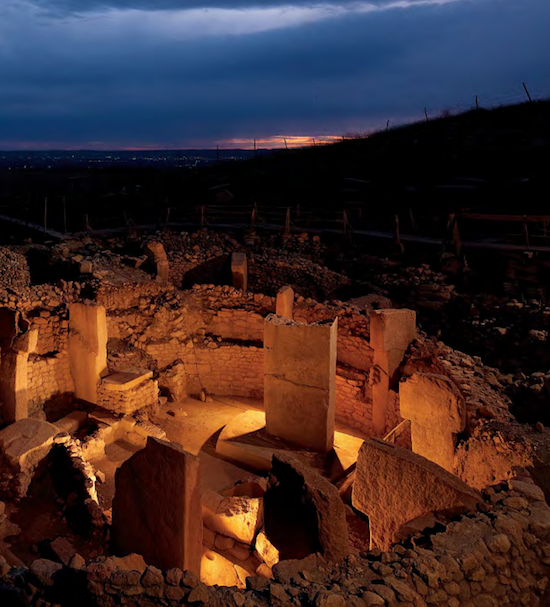 The ruins of Göbekli Tepe. Photograph by Vincent J. Musi.

IN 01963, anthropologists from the University of Chicago and the University of Istanbul surveyed ruins atop of a hill in Southern Turkey that the locals called Göbekli Tepe (“potbelly hill” in Turkish). Examining the broken limestone slabs dotting the site, the anthropologists concluded that the mound was nothing more than a Byzantine cemetery—a dime a dozen in the ruin-rich Levant region.

Three decades later, German archaeologist Klaus Schmidt made a startling claim: Göbekli Tepe was the site of the world’s oldest temple. Geomagnetic surveys of the site revealed circles of  limestone megaliths dating back 11,600 years—seven millennia before the construction of Stonehenge and the Great Pyramids of Giza, six millennia before the invention of writing, and five centuries before the development of agriculture. 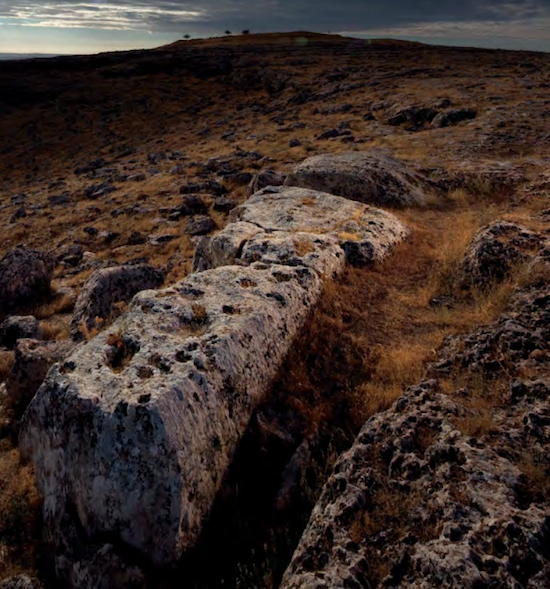 The implications of Schmidt’s discoveries were profound, and called into question previous archaeological and scientific understandings about the Neolithic Revolution, the key event in human development pointed to as the birth of human civilization. “We used to think agriculture gave rise to cities and later, to civilization,” journalist Charles Mann wrote in a 02011 National Geographic cover story on the site. “[Göbekli Tepe] suggests the urge to worship sparked civilization.” As Andrew Curry of The Smithsonian put it after a visit to Göbekli Tepe with Schmidt:

Scholars have long believed that only after people learned to farm and live in settled communities did they have the time, organization and resources to construct temples and support complicated social structures. But Schmidt argues it was the other way around: the extensive, coordinated effort to build the monoliths literally laid the groundwork for the development of complex societies. 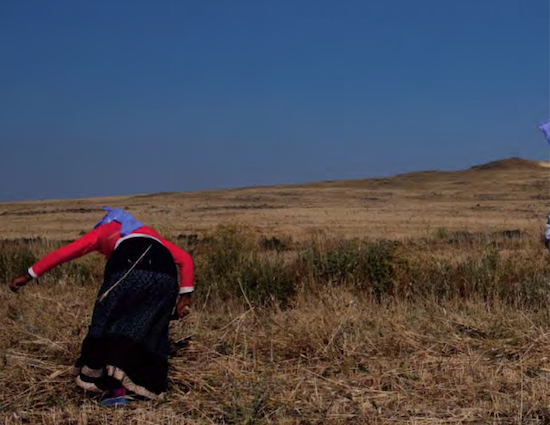 Einkorn wheat was first domesticated near Göbekli Tepe—perhaps, posits Charles Mann, to feed those who came to worship. Photo by Vincent J. Musi.

Schmidt believed that humans made pilgrimages to Göbekli Tepe from as far away as 90 miles. But then there’s the question of what, exactly, these pilgrims were worshipping. As Curry mused after his visit to Göbekli Tepe:

What was so important to these early people that they gathered to build (and bury) the stone rings? The gulf that separates us from Gobekli Tepe’s builders is almost unimaginable. Indeed, though I stood among the looming megaliths eager to take in their meaning, they didn’t speak to me. They were utterly foreign, placed there by people who saw the world in a way I will never comprehend. There are no sources to explain what the symbols might mean

In a March 02017 article in the Journal of Mediterranean Archaeology and Archaeometry, Martin B. Sweatman and Dimitrios Tsikritsis proposed a bold theory: the pillars are telling the story of a comet hitting the earth and triggering an ice age some 13,000 years ago. The comet strike, known as the Younger Dryas Impact Event, is hypothesized to have set off a global cooling period that depleted hunter-gatherer resources and forced humans to settle into areas where they could cultivate crops. 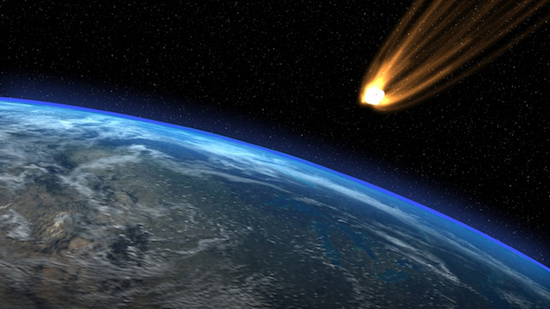 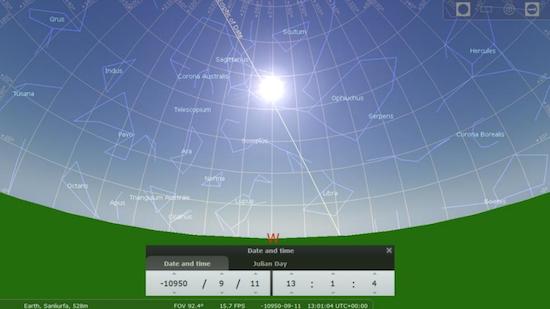 On the left, an artistic rendering of the Younger Dryas Impact Event. On the right, the night sky around 10,950 BC when the impact hypothetically occurred. Image: Martin B. Sweatman and Dimitrios Tsikritsis

Combining the approaches of astronomy and archaeology, Sweatman and Tsikritsis claim that the animals carved on the pillars depict constellations, with the famous vulture stone indicating a time stamp of the night sky at the time of the catastrophe. Using computer software, Sweatman and Tsikritsis matched the animal carving to patterns of the stars, yielding three possibilities that synced up to their astronomical interpretations, plus or minus 250 years: 02000, 4350 BCE, 10,950 BCE, and 18,000 BCE.

The date of 10,950 BCE aligns with the latest hypotheses as to when the Younger Dryas Impact Event occurred, lending credence to Sweatman and Tsikritsis’ interpretation that the Vulture Stone depicts what Sweatman calls “probably the worst day in history since the end of the Ice Age.” 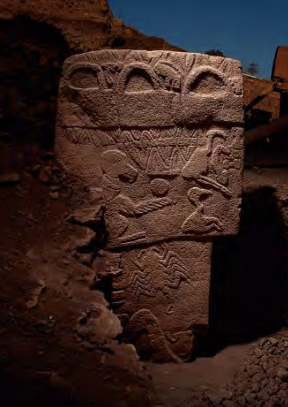 The famous vulture stone, which Sweatman and Tsikritsis claim depicts the constellations of the night sky. Photo by Vincent J. Musi.

But, as Becky Ferreira of Motherboard reports, there’s reason to regard Sweatman and Tsikritsis’ claims with skepticism. For one, many scholars do not accept the Younger Dryas Impact Hypothesis that a comet strike served as the catalyst for the Ice Age that followed. Some have also criticized Sweatman and Tsikritsis’ study for omitting crucial information to make their case. Archaeologist Jens Notroff, a researcher at the Göbekli Tepe site, takes Sweatman and Tsikritsis to task for failing to mention that the headless man on the vulture stone, which they claim symbolizes the devastating loss of human life after the comet, also possesses an erect phallus—hardly a robust indicator of loss of life.

“There’s more time between Gobekli Tepe and the Sumerian clay tablets [etched in 3300 B.C.] than from Sumer to today,” says Gary Rollefson, an archaeologist at Whitman College in Walla Walla, Washington. “Trying to pick out symbolism from prehistoric context is an exercise in futility.”

Perhaps. But if the recent archaeological discoveries are any indication, we are often mistaken in our assumptions about the complexity and historic trajectory of ancient civilizations. Time will tell. And technology will help.

As of this writing, Sweatman and Tsikritsis are working on a rebuttal to critiques of their paper.

Göbekli Tepe was added to the UNESCO World Heritage Tentative List five years ago and is expected to become a protected UNESCO Heritage site next year.

Read our February 02017 feature on how one historian is combining the approaches of comparative mythology of evolutionary biology with new computational modeling technologies to reconstruct some of humanity’s oldest myths.