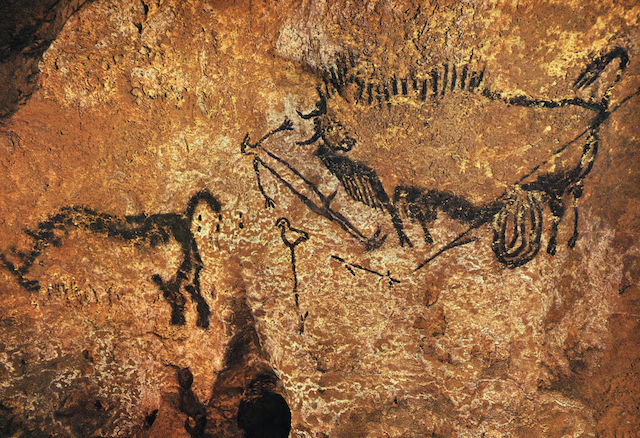 The “Shaft Scene” from the Paleolithic cave paintings in Lascaux, France.

ONE OF THE MOST FAMOUS SCENES in the Paleolithic cave paintings in Lascaux, France depicts a confrontation between a man and a bison. The bison appears fixed in place, stabbed by a spear. The man has a bird’s head and is lying prone on the ground. Scholars have long puzzled over the pictograph’s meaning, as the narrative scene it depicts is one of the most complex yet discovered in Paleolithic art.

To understand what is going on in these scenes, some scholars have started to re-examine myths passed down through oral traditions, which some evidence suggest may be far older than previously thought. Myths still hold relevance today by allowing us to frame our actions at a civilizational level as part of a larger story, something that we hope to be able to accomplish with the idea of the “Long Now.”

Historian Julien d’Huy recently proposed an intriguing hypothesis[subscription required]: the cave painting of the man & bison could be telling the tale of the Cosmic Hunt, a myth that has surfaced with the same basic story structure in cultures across the world, from the Chukchi of Siberia to the Iroquois of the Northeastern United States. D’Huy uses comparative mythology combined with new computational modeling technologies to reconstruct a version of the myth that predates humans’ migration across the Bering Strait. If d’Huy is correct, the Lascaux painting would be one of the earliest depictions of the myth, dating back an estimated 20,000 years ago.

The Greek telling of the Cosmic Hunt is likely most familiar to today’s audiences. It recounts how the Gods transformed the chaste and beautiful Callisto into a bear, and later, into the constellation Ursa Major. D’Huy suggests that in the Lascaux painting, the bison isn’t fixed in place because it has been killed, as many experts have proposed, but because it is a constellation.

Comparative mythologists have spilled much ink over how myths like Cosmic Hunt can recur in civilizations separated by thousands of miles and thousands of years with many aspects of their stories intact. D’huy’s analysis is based off the work of anthropologist Claude Levi-Strauss, who posited that these myths are similar because they have a common origin. Levi-Strauss traced the evolution of myths by applying the same techniques that linguists used to trace the evolution of words. D’Huy provides new evidence for this approach by borrowing recently developed computational statistical tools from evolutionary biology.  The method, called phylogenetic analysis, constructs a family tree of a myth’s discrete elements, or “mythemes,” and its evolution over time:

Mythical stories are excellent targets for such analysis because, like biological species, they evolve gradually, with new parts of a core story added and others lost over time as it spreads from region to region.  […] Like genes, mythemes are heritable characteristics of “species” of stories, which pass from one generation to the next and change slowly. 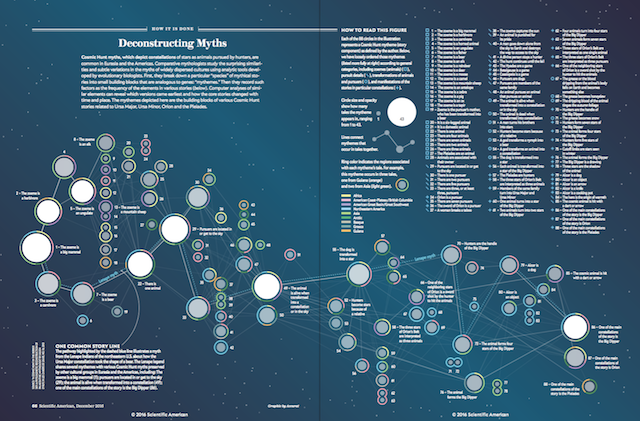 This new evidence suggests that the Cosmic Hunt has followed the migration of humans across the world. The Cosmic Hunt’s phylogenetic tree shows that the myth arrived in the Americas at different times over the course of several millennia:

One branch of the tree connects Greek and Algonquin versions of the myth. Another branch indicates passage through the Bering Strait, which then continued into Eskimo country and to the northeastern Americas, possibly in two different waves. Other branches suggest that some versions of the myth spread later than the others from Asia toward Africa and the Americas.

Myths may evolve gradually like biological species, but can also be subject to the same sudden bursts of evolutionary change, or punctuated equilibrium. Two structurally similar myths can diverge rapidly, d’Huy found, because of “migration bottlenecks, challenges from rival populations, or new environmental and cultural inputs.” 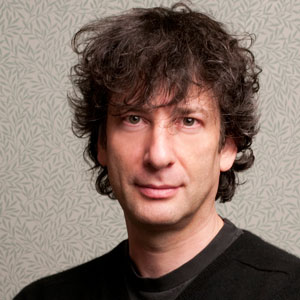 Neil Gaiman, in his talk “How Stories Last” at Long Now in 02015, imagined stories in similarly biological terms—as living things that evolve over time and across mediums. The ones that persist are the ones that outcompete other stories by changing:

Do stories grow? Pretty obviously — anybody who has ever heard a joke being passed on from one person to another knows that they can grow, they can change. Can stories reproduce? Well, yes. Not spontaneously, obviously — they tend to need people as vectors. We are the media in which they reproduce; we are their petri dishes… Stories grow, sometimes they shrink. And they reproduce — they inspire other stories. And, of course, if they do not change, stories die.

Throughout human history, myths functioned to transmit important cultural information from generation to generation about shared beliefs and knowledge. “They teach us how the world is put together,” said Gaiman, “and the rules of living in the world.” If the information isn’t clothed in a compelling narrative garb—a tale of unrequited love, say, or a cunning escape from powerful monsters— the story won’t last, and the shared knowledge dies along with it. The stories that last “come in an attractive enough package that we take pleasure from them and want them to propagate,” said Gaiman.

Sometimes, these stories serve as warnings to future generations about calamitous events. Along Australia’s south coast, a myth persists in an aboriginal community about an enraged ancestor called Ngurunderi who chased his wives on foot to what is today known as Kangaroo Island. In his anger, Ngurunderi made the sea levels rise and turned his wives into rocks.

Linguist Nicholas Reid and geologist Patrick Nunn believe this myth refers to a shift in sea levels that occurred thousands of years ago. Through scientifically reconstructing prehistoric sea levels, Reid and Nunn dated the myth to 9,800 to 10,650 years ago, when a post-glacial event caused sea levels to rise 100 feet and submerged the land bridge to Kangaroo Island.

“It’s quite gobsmacking to think that a story could be told for 10,000 years,” Reid said. “It’s almost unimaginable that people would transmit stories about things like islands that are currently underwater accurately across 400 generations.”

Gaiman thinks that this process of transmitting stories is what fundamentally allows humanity to advance:

Without the mass of human knowledge accumulated over millennia to buoy us up, we are in big trouble; with it, we are warm, fed, we have popcorn, we are sitting in comfortable seats, and we are capable of arguing with each other about really stupid things on the internet.

Atlantic national correspondent James Fallows, in his talk “Civilization’s Infrastructure” at Long Now in 02015, said such stories remain essential today. In Fallows’ view, effective infrastructure is what enables civilizations to thrive. Some of America’s most ambitious infrastructure projects, such as the expansion of railroads across the continent, or landing on the moon, were spurred by stories like Manifest Destiny and the Space Race. Such myths inspired Americans to look past their own immediate financial interests and time horizons to commit to something beyond themselves. They fostered, in short, long-term thinking. 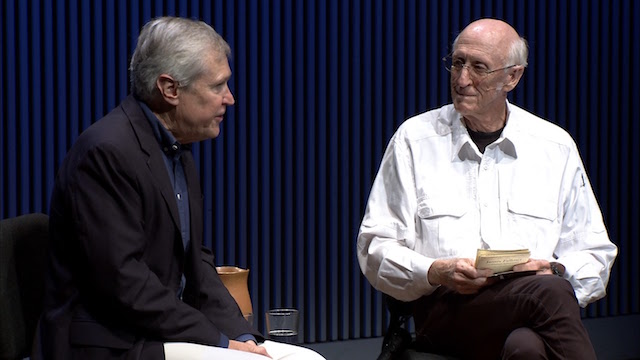 For Fallows, the reason Americans haven’t taken on grand and necessary projects of infrastructural renewal in recent times is because they struggle to take the long view. In Fallows’ eyes, there’s a lot to be optimistic about, and a great story to be told:

The story is an America that is not in its final throes, but is going through the latest version in its reinvention in which all the things that are dire now can be, if not solved, addressed and buffered by individual talents across the country but also by the exceptional tools that the tech industry is creating. There’s a different story we can tell which includes the bad parts but also —as most of our political discussion does not—includes the promising things that are beginning too. 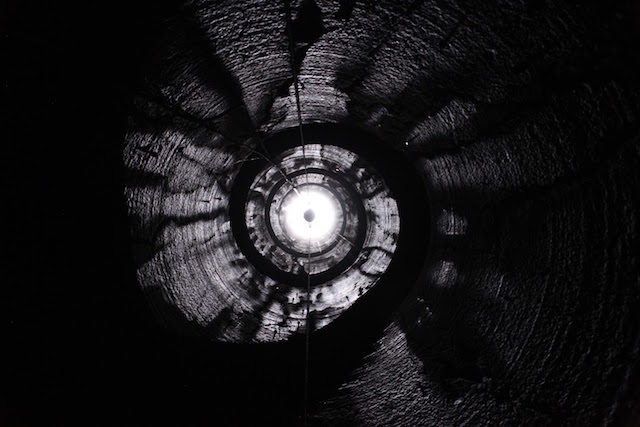 When Danny Hillis proposed building a 10,000 year clock, he wanted to create a myth that stood the test of time. Writing in 01998, Long Now co-founder Stewart Brand noted the trend of short-term thinking taking hold in civilization, and proposed the myth of the Clock of the Long Now:

Civilization is revving itself into a pathologically short attention span. The trend might be coming from the acceleration of technology, the short-horizon perspective of market-driven economics, the next-election perspective of democracies, or the distractions of personal multi-tasking. All are on the increase. Some sort of balancing corrective to the short-sightedness is needed-some mechanism or myth which encourages the long view and the taking of long-term responsibility, where ‘long-term’ is measured at least in centuries. Long Now proposes both a mechanism and a myth.