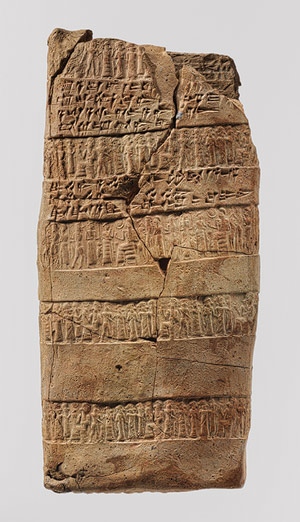 Our understanding of ancient civilizations can be spotty. Because not all cultural artifacts withstand the test of time, we have to piece together our portraits of these societies with partial clues, making inferences where needed to cover gaps in the archaeological record.

But one of these clues offers a remarkably detailed picture of economic life in an Assyrian market town. As a recent feature in the New York times explains, archaeologists have discovered an uncharacteristically complete set of records kept by businessmen who ran importing enterprises in Kanesh, an ancient trading hub in what is now Turkey.

Dating back to the 19th century BC, these records have allowed Assyriologists to construct an intimate and detailed portrait of the lives these traders led, and the socio-economic policies that shaped their businesses.

The picture that emerged of economic life is staggeringly advanced. The traders of Kanesh used financial tools that were remarkably similar to checks, bonds, and joint-stock companies. They had something like venture-capital firms that created diversified portfolios of risky trades. And they even had structured financial products: People would buy outstanding debt, sell it to others and use it as collateral to finance new businesses. The 30 years for which we have records appear to have been a time of remarkable financial innovation.

It’s impossible not to see parallels with our own recent past. Over the 30 years covered by the archive, we see an economy built on trade in actual goods – silver, tin, textiles – transform into an economy built on financial speculation, fueling a bubble that then pops. After the financial collapse, there is a period of incessant lawsuits, as a central government in Assur desperately tries to come up with new regulations and ways of holding wrongdoers accountable … The entire trading system enters a deep recession lasting more than a decade. The traders eventually adopt simpler, more stringent rules, and trade grows again. 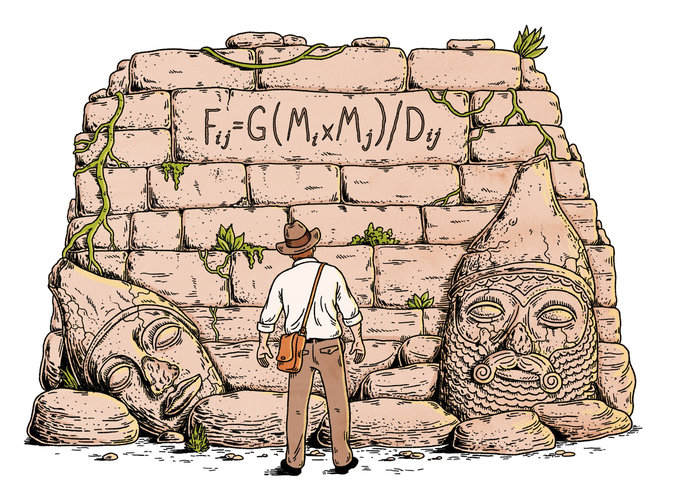 But as the quote above implies, these records – as does much of history – also contain lessons for the present. The comparison of this ancient market to our modern-day economy offers a rare opportunity to assess what features are inherent to the nature of trading systems, and what is the product of specific cultural or political forces.

The remarkable similarities between this ancient market and the contemporary global economy suggest that most attempts at trade regulation may be ineffective: fluctuations in things like the volume of trade, or the distribution of profits, may ultimately be part of the nature of trading systems. But what we can do is anticipate and regulate the impact of global trade on our local economy.

That, in fact, is what the [Assyrians] did, 4,000 years ago … Trade brought enormous wealth to a dozen or so families. But rather than hold all of it for themselves, the wealthy were made to redistribute a high percentage of their earnings through taxes and religious foundations that used the money for the public good. This way, the wealth created by trading with Kanesh made nearly everybody – at least every free citizen – better off.