On Monday, October 20th, Larry Harvey speaks for Long Now on “Why The Man Keeps Burning,” as part of our monthly Seminars About Long-term Thinking. Each month the Seminar Primer gives you some background about the speaker, including links to learn even more. 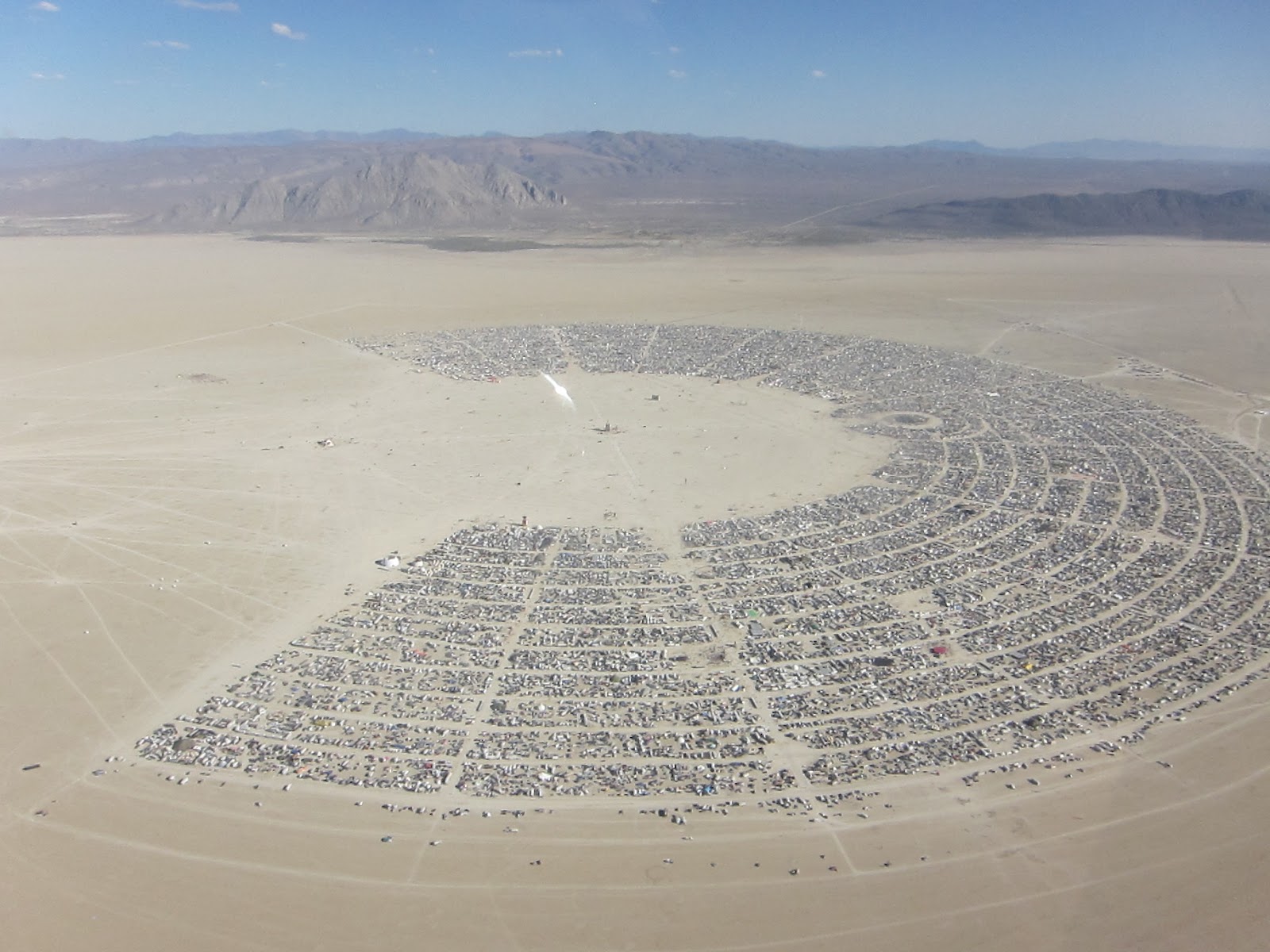 Burning Man started with humble beginnings in 01986 with 20 people on a beach. Twenty-eight years later, it’s one of the premiere arts festival in the country, with over 66,000 people attending annually, dozens of satellite events, and a vibrant international community. In one sense, Burning Man is an event that only happens for one week per year in a remote desert in Nevada. In another sense, it’s a massive global phenomenon that supports thousands of artists, causes, and technologies.

What sets Burning Man apart from other large-scale festivals is its focus on participation. The organizers set up the infrastructure of “Black Rock City” (including roads, portapotties, ice, DMV, medical, post offices, etc.) and then attendees become the citizens and bring life to the desert through hundreds of art pieces, mutant vehicles, and theme camps. This personal investment of time, money and creativity by participants far exceeds what the the festival organizers could do if they were planning the Burning Man event in the traditional sense.

How does something as outrageous as a temporary city of art built in the middle of the desert come about? It all began on a small beach in San Francisco and an “event” organized by Larry Harvey and a group of his artist, prankster friends. In 01986 the first wooden figure they built was only 8-feet tall. The attendees were all members of the San Francisco Cacophony Society, a group of artists and mischief makers also associated with Santarchy, urban exploration, and Art Cars. The beach version of Burning Man became an annual event, but was subsequently shutdown by local authorities.

Harvey and others made the decision to relocate the event to the dramatic but inhospitable environment of the Black Rock Desert in Pershing Country, Nevada. This changed the scale of the event and opened up a world of possibilities for Burning Man to become the festival it is today. It has grown in size, budget, ambition, and notoriety virtually every year since moving to Nevada. Along the way it went legit, fully permitted and coordination with county governments and the Bureau of Land Management.

And through it all Larry Harvey has been a part of steering and scaling up this arts oasis in the desert. He serves as Burning Man’s Chief Philosophical Officer and authored the Ten Principles in 02004, guidelines which reflect “the community’s ethos and culture” and assure Burning Man a reference point as it grows in Black Rock and all over the world. Harvey continues also as founding Board Member of the Burning Man Art Project and Chairman of the Board of the Black Rock Arts Foundation.

It turns out none of these things killed Burning Man, and Burning Man shows few signs of slowing down. The Black Rock Arts Foundation (BRAF) gives hundreds of thousands of dollars in grants every year to Burning Man projects as well as public art projects in San Francisco and around the world. The “regional burns” have created strong communities globally based around smaller satellite festivals which take cues from the Ten Principles.

A few examples of the art that BRAF has helped make possible: 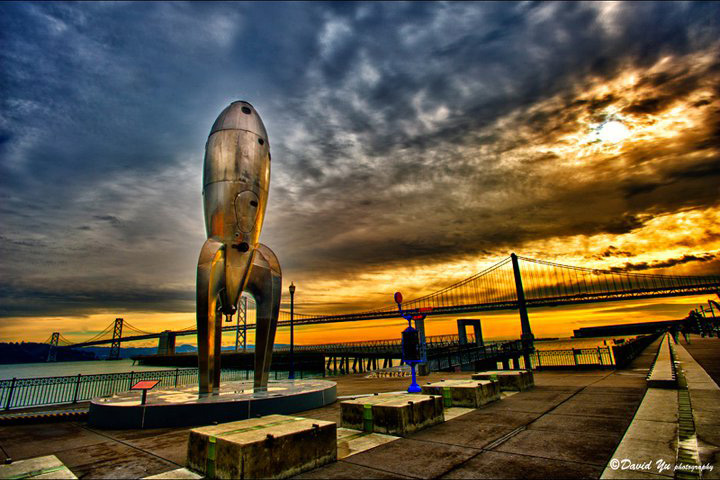 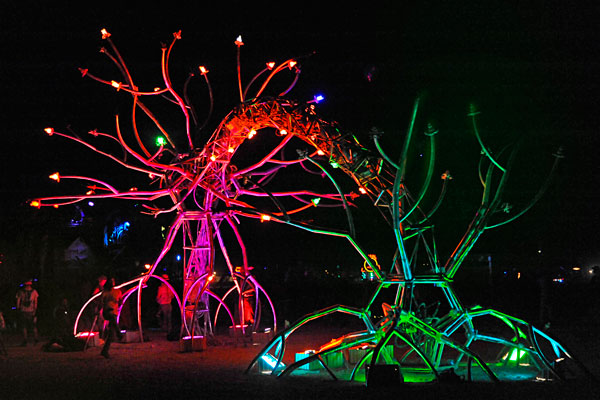 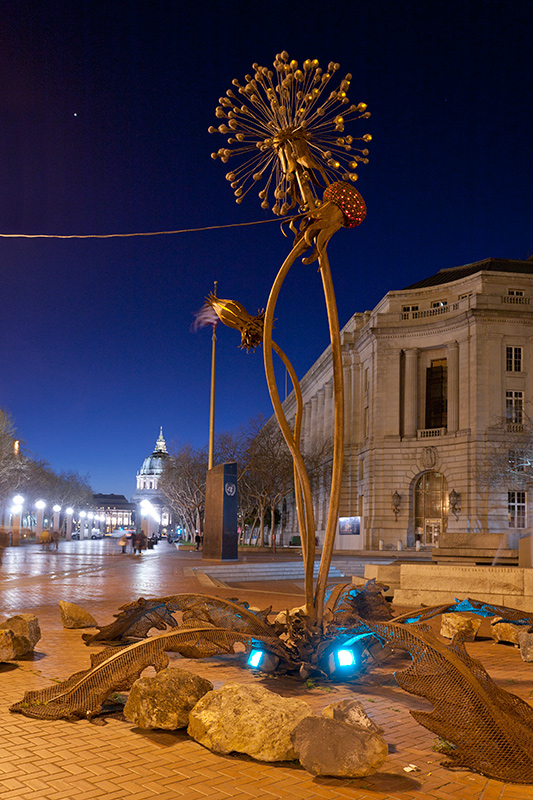 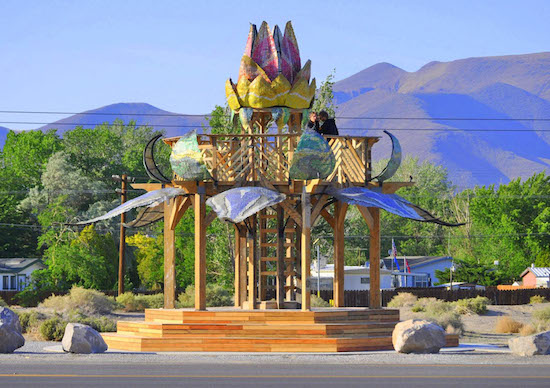 Join us on Monday, October 20th at SFJAZZ Center as Larry Harvey, who has been there from the beginning to the present, tells the story of Burning Man and shows us how we can find long-term thinking in a reoccurring temporary city.

This Seminar is sold out, but there will be a walk-up line for released tickets.