Next Wednesday, July 16, Adrian Hon presents “A History of the Future in 100 Objects” in our monthly Seminars About Long-term Thinking series. Each month our Seminar Primer gives you background about the upcoming speaker and links to find out even more. This month we’ll tell you how Adrian Hon uses the power of narrative to create a science fiction of history and bring possible futures into focus.

Nothing gets us going like a good story. Colorful details entice us to escape from reality for a while, juicy plot twists hook us into an alternate world, and mysterious cliff hangers leave us always wanting more. Adrian Hon is no stranger to this power of storytelling: in fact, he’s harnessed it as an effective tool for motivation and inspiration. 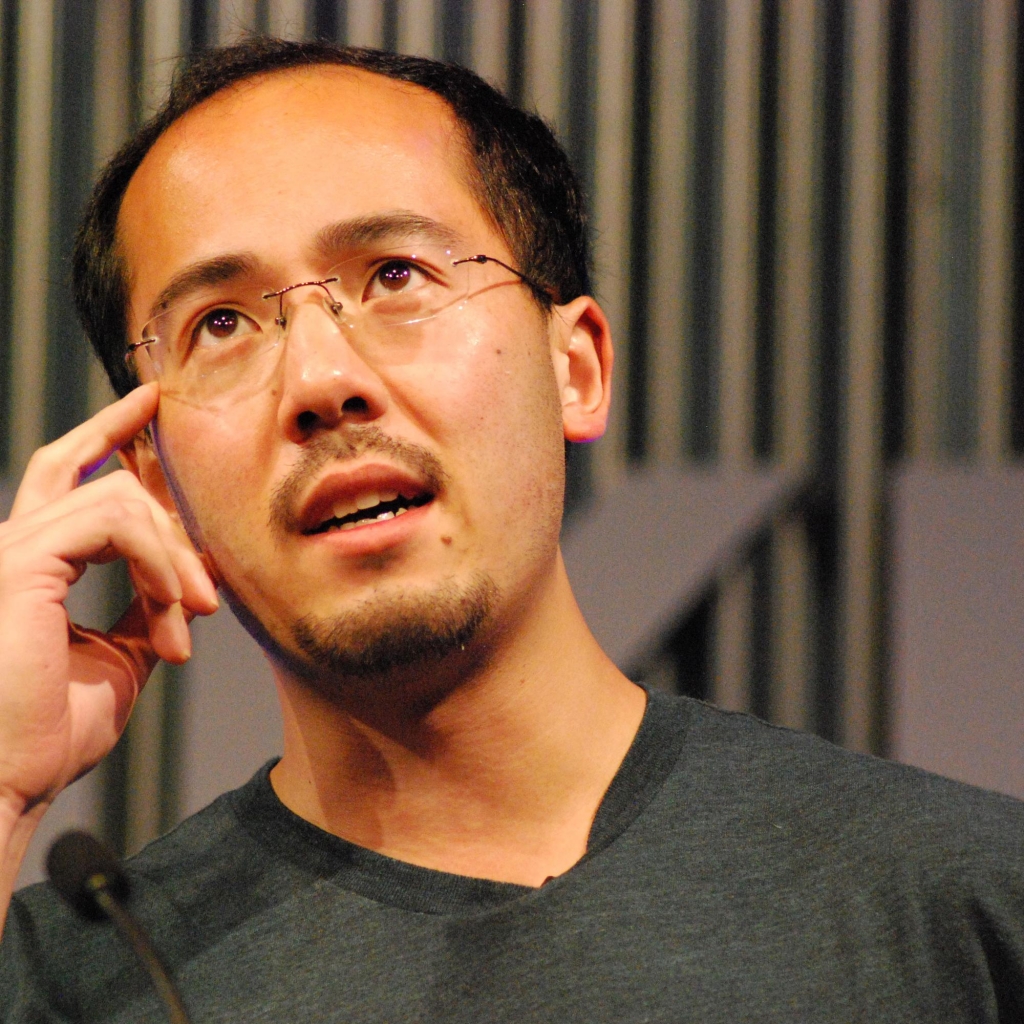 Hon is a successful entrepreneur and an expert on alternate reality games (ARG). ARGs are narrative-driven games that blur the line between reality and fantasy; they use real-world tools and interactions to advance their fictional plot lines. Hon co-founded and is CEO of Six to Start, the game design company that is now probably best known for creating the running app Zombies, Run!

In the early 02000s Hon was working on a PhD in neuroscience at the University of Oxford when his burgeoning interest in ARG gaming took him down a different path. It all started with his passion for The Beast, one of the most successful early ARGs created to promote Steven Spielberg’s film A.I. Artificial Intelligence. Hon became the moderator for The Cloudmakers, an online discussion group dedicated to solving The Beast, and he wrote a detailed walkthrough of the game called “The Guide“.

Hon’s work on The Beast attracted the attention of ARG developers, and in 02003 he was invited to join game design start-up Mind Candy in London. There, he co-created Perplex City. Ostensibly a collectible card game that featured interconnected puzzles of varying complexity, it actually transported players into an intricate alternate reality.

Perplex City was a fictional place that existed in a parallel universe, one where society revered mental acuity like ours venerates athletic skill. Citizens of Perplex City would solve puzzles in order to rise into the elite class, and only the very smartest were invited to join the academy in the city center. Mimicking that meritocracy, each game card had a unique code which, along with the puzzle’s solution, earned players points on the Perplex City global leader board. (Polygon).

After Mind Candy, Hon and his brother co-founded their own game design company, Six To Start. They’ve worked with organizations like the BBC and Disney Imagineering to create ARGs that bring television shows, literature, and even important lessons to life. Take, for example, Smokescreen, an alternate reality game that teaches teens how to interact responsibly with social media and other digital communication tools. Or We Tell Stories, a game-like experiment in digital storytelling – including a story told through Google Maps – created in collaboration with Penguin Books.

These games are clever forms of marketing, and exceptionally effective educational tools. Their rich alternate realities bring scenarios to life in full technicolor, and the game structure means that players learn by actively searching for information, rather than by passively receiving it. The motivating power of ARGs is illustrated clearly by Zombies, Run!, Six to Start’s popular running app. It’s not your average fitness tracker:

When you put on your headphones and hit the play button on Zombies, Run!, you are simultaneously in the real world and in the game world. Imagine virtual-reality goggles for your ears. Using the iPhone’s built-in accelerometer and GPS system, the program knows where you’re going and how fast you’re running. It creates goals to reach, places to explore, allies to meet and enemies to defeat. (Polygon)

Perhaps it’s this same interest in alternate realities that draws Hon to explore possible futures for human civilization. As a teenager, for example, Hon was actively involved in the Mars Society, an organization that promotes and pursues exploration of the Red Planet (incidentally, Hon once talked about Mars exploration at a TED conference, thereby becoming one of the youngest people ever to take the TED stage). 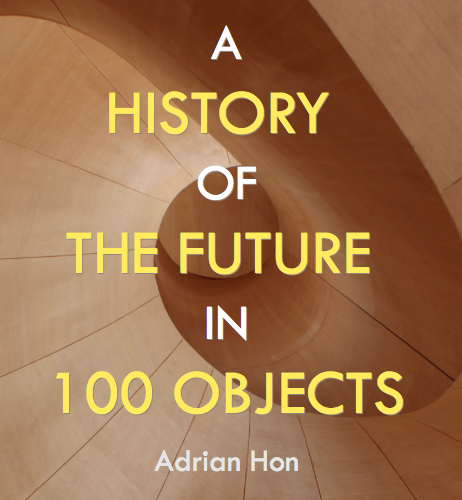 In his new book, A History of the Future in 100 Objects, Hon muses about Mars exploration and other scenarios that may mark the coming century. The book is a late 21st century analogue of Richard Kurin’s November 02013 SALT talk (“American History in 101 Objects“): Hon has written it from the perspective of a historian in the year 02084, who describes the hundred objects that illustrate the defining moments in 21st century human history. Imagine the first de-extincted animal to be returned successfully to the wild, or the first fan-fiction book to be written using RFL – a text written by an algorithm based on an existing author’s characteristic tone and style.

In the collection’s introduction, the fictitious historian writes:

Every century is extraordinary, of course. Some may be the bloodiest or the darkest; others encompass momentous social revolutions, or scientific advances, or religious and philosophical movements. The 21st century is different: it represents the first time in our history that we have truly had to question what it means to be human. It is the stories of our collective humanity that I hope to tell through the hundred objects in this book. … This book is not the history of the 21st century; it is only a history, and a hundred objects can only tell a fraction of our stories. Some we can be proud of; others we might prefer to forget. My goal is that this book will give our successors some useful knowledge, some insights, at least some amusement. Perhaps, I hope, even some guidance.

Blending fact with fiction (a balance that shifts gradually toward the latter as time progresses), Hon’s descriptions present a nuanced image of 21st century civilization. Neither utopian nor dystopian, the collection suggests a sense of hope in humanity’s ability to handle whatever possible crises are thrown in its way. Hon is imaginative in the technological advancements he describes, but also never without some skepticism about its impact on human relationships and societal well-being.

These are stories of a possible future, stories of life and death and love and war and science and faith and exploration and despair and hope. It’s about what it means to be human in a century where humanity has never mattered more. And, like all science fiction, it’s about the hopes and fears we have today.

In a way the book is a sort of time-shifted alternative reality, using the story-telling skills he has honed working on ARGs to lead his readers to think about possible futures that just might be the real thing.

Long Now presents Adrian Hon talking about A History of the Future in 100 Objects at the SFJAZZ Center on Wednesday, July 16 in our continuing Seminars About Long-term Thinking series.