When Rachel spoke for Long Now in 02010 her book on organisms that have lived 2 millennia or more was only partially complete. Four years later The Oldest Living Things in the World is published and on the New York Times Best Seller list.

And as we prepare to welcome her back to San Francisco this month, we thought we’d take a closer look and a deeper read of this remarkable book.

Over the past decade, Sussman has been searching the planet to photograph continuously living organisms that are 2,000 years or older. She begins at year “0” and travels backwards from there, capturing millennia of living past in a fraction of a second. She writes in her book:

These ancient survivors have weathered the millennia on every continent, in some of the world’s most extreme environments, enduring ice ages, geologic shifts, and humans’ spread across the planet. Many are so small that you could walk right over them, none the wiser. Others are so large that you can’t help but stand in awe before them. I’ve photographed thirty different species, ranging from lichens in Greenland that grow only one centimeter every hundred years, to unique desert shrubs in Africa and South America, a predatory fungus in Oregon, brain coral in the Caribbean and an 80,000-year-old colony of aspen in Utah. I journeyed to Antarctica for 5,500-year-old moss, and to Tasmania for a 43,600-year-old clonal shrub that is the last individual of its kind, rendering it simultaneously critically endangered and theoretically immortal.

Sussman’s project also explains what it means to be in the year 02014 and the temporal tension that comes with photographing Deep Time. She uses the analogy of being in deep water–just like deep water, it is a battle to stay in Deep Time:

“It’s difficult to stay in Deep Time – we are constantly drawn back to the surface. This vast timescale is held in tension with the shallow time inherent to photography. What does it mean to capture a multi-millennial lifespan in 1/60th of a second? Or for that matter, to be an organism in my 30s bearing witness to organisms that precede human history and will hopefully survive us well into future generations?” 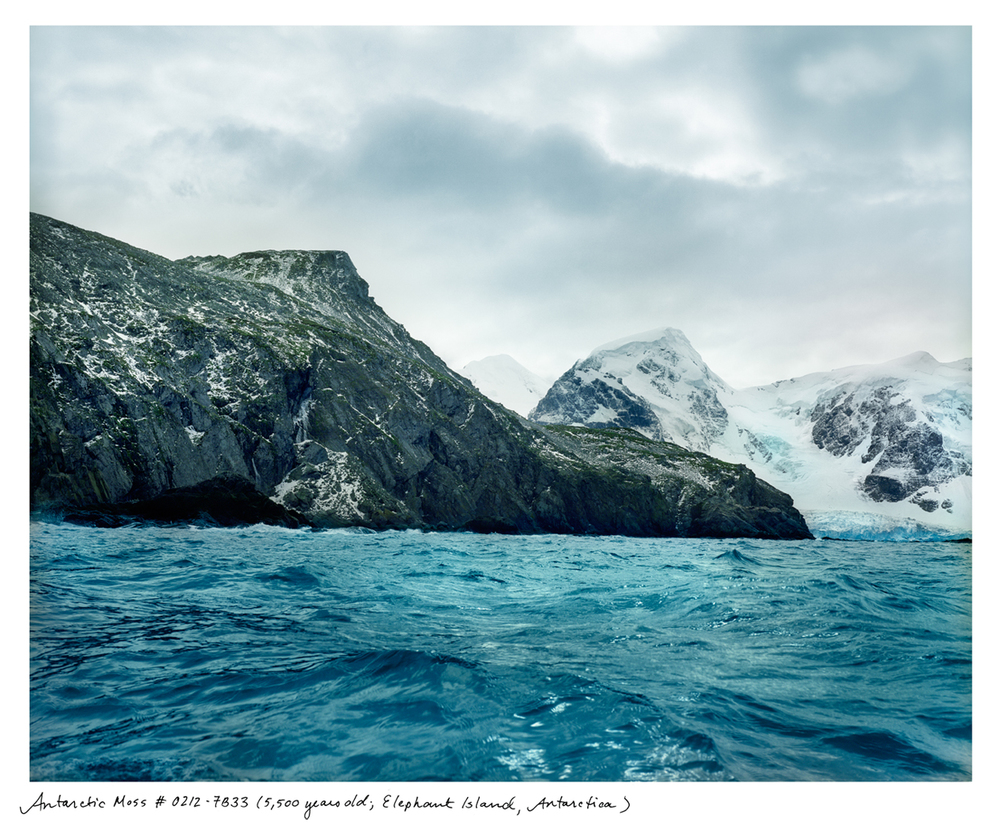 This 5,500-year-old moss bank lives right around the corner from where the Shackleton Expedition was marooned 100 years ago on Elephant Island, Antarctica. It was a victory simply being able to locate it. These days it’s easier to get to Antarctica from space. (Rachel Sussman via Time)

She has long been interested in the relationship between humanity and nature and expressed that through making landscapes. Contrary to what the book title may suggest, Sussman does not look at her subjects as “things” but over time came to see them as individuals. Instead of focusing on the aesthetics or the composition of landscape photography, she found herself creating portraits of these individuals. Her task became to capture their essence and spirit in order to better connect with them and through them to connect with Deep Time:

I approach my subjects as individuals of whom I’m making portraits. There’s a way to anthropomorphize the experience of these ancient organisms that have bore witness to millennia, which is something that is so outside of our human understanding of what a life span is–it is so outside of our temporal comfort zone. 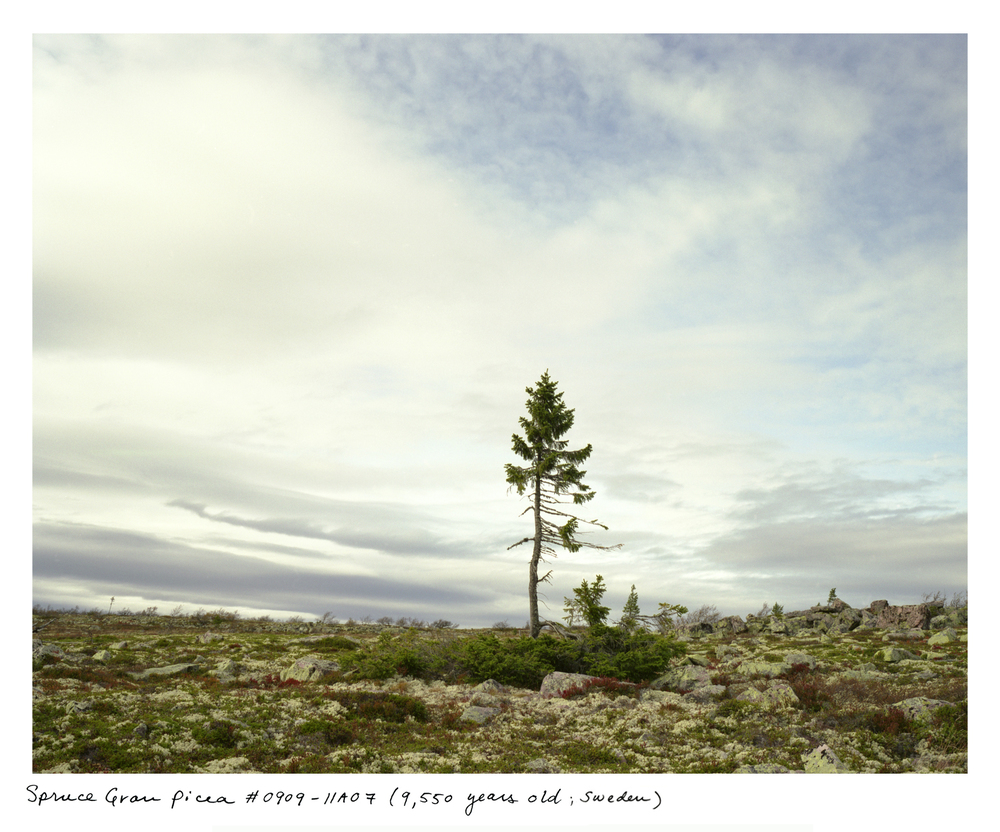 This 9,950-year-old tree is like a portrait of climate change. The mass of branches near the ground grew the same way for roughly 9,500 years, but the new, spindly trunk in the center is only 50 or so years old, caused by warming at the top of this mountain plateau in Western Sweden. (Rachel Sussman via Time)

The end result of Sussman’s 10-year project is an archive; one that is part art and part science. Her book contains 120+ photos of the thirty subjects. Accompanying the photographs, Sussman writes of her personal journeys searching for these ancient organisms with insights from scientists who research each of them. Her essays weave together scientific explanations with artistic portraits, and invite the reader to understand and partake in her experience. The multiple layers of her work interconnect to help conceptualize the experience of being alive for thousands of years. 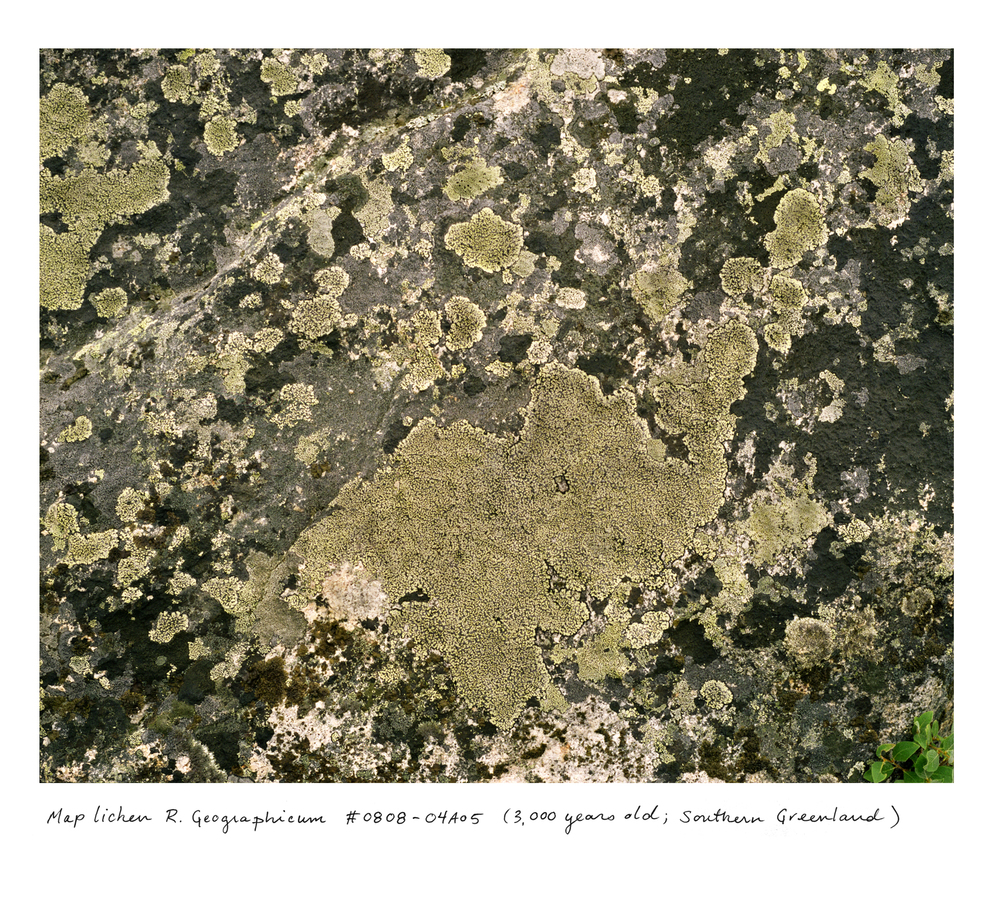 Lichens in Greenland that grow only one centimeter every hundred years.

Sussman writes about her experience photographing The Senator, a now-deceased Bald Cypress whose 3,500-year life was ended by a man-caused fire. In another adventure she had overcome her fear of deep water and learn to scuba dive (while injured) in order to photograph the 2,000-year-old Brain Coral, the first member of the animal kingdom she encountered to surpass the two-thousand year mark. 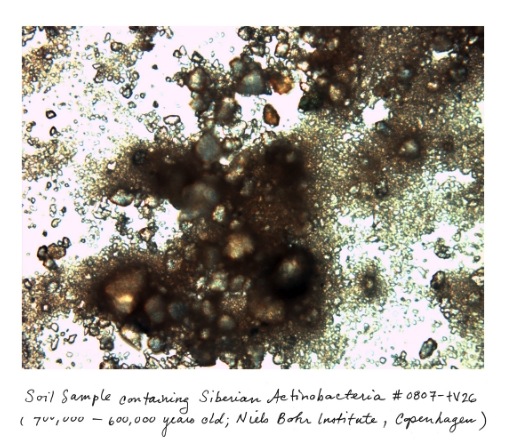 The Siberian Actinobacteria (pictured above) is believed to be the oldest continuously living thing, dating somewhere between 400,000 and 600,000 years old. It lives underground in the permafrost where the colony was found by planetary biologists who were looking for clues to life on other planets by investigating one of the most inhospitable places on Earth.

Over the course of their investigation, they found that these remarkable bacteria are actually doing DNA repair at temperatures below freezing, meaning that they are not dormant; they have been alive and slowly growing for half a million years.

This puts the life of a 5,000-year-old Bristlecone Pine into perspective, which is also featured in her book as the “oldest unitarian organisms.” 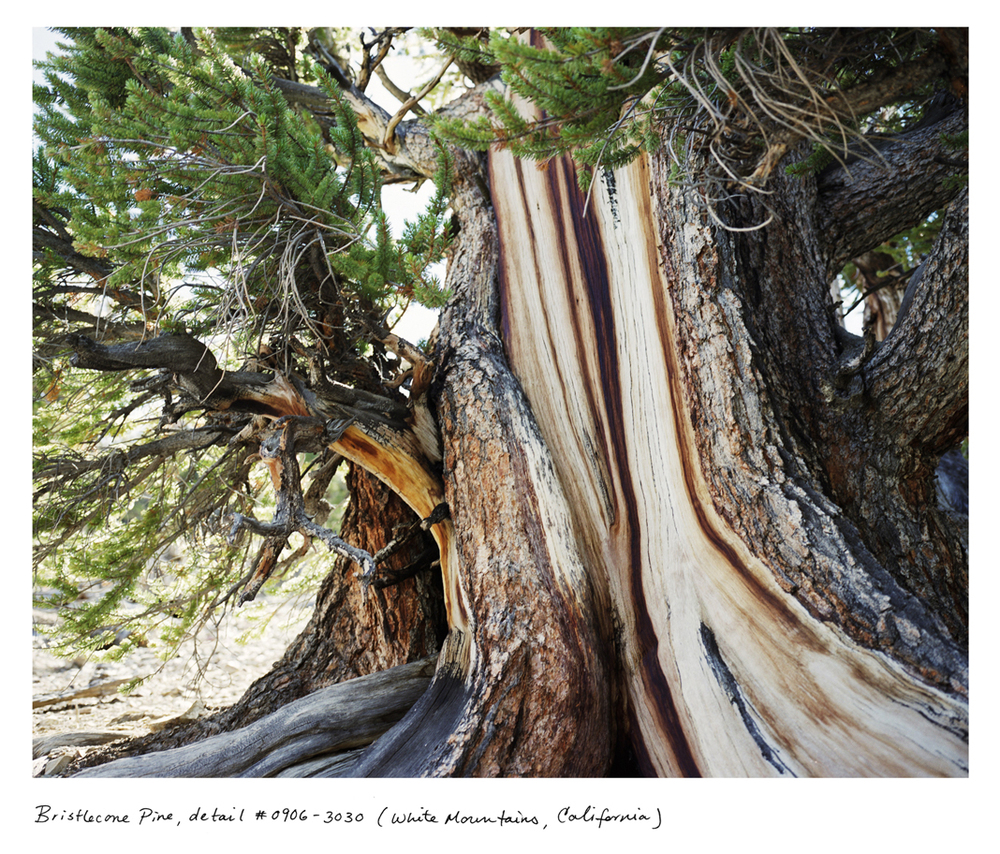 I don’t think it would be the same if I had just used a checklist and went around the world and was done in a year. There is something about over the years wanting to do justice to this work. I realized I needed to keep myself in the story and to be vulnerable. It’s not an overly personal story but just that I’m a character in it. People need to have an entry point where they can connect. That’s really the point of looking at these organisms as individuals. But also the window is partially being pulled open by me as a person who is trying to communicate something that I’ve experienced, or learned, or some philosophical musing, or just how hard it was. I think it’s a way to remind people that nature and this idea of Deep Time are not so distant from our everyday lives. All of these things are intertwined and you bounce back and forth between the here-and-now and long-term thinking. The longer I’ve spent thinking about Deep Time and these old organisms, I find it now easier to connect with that. 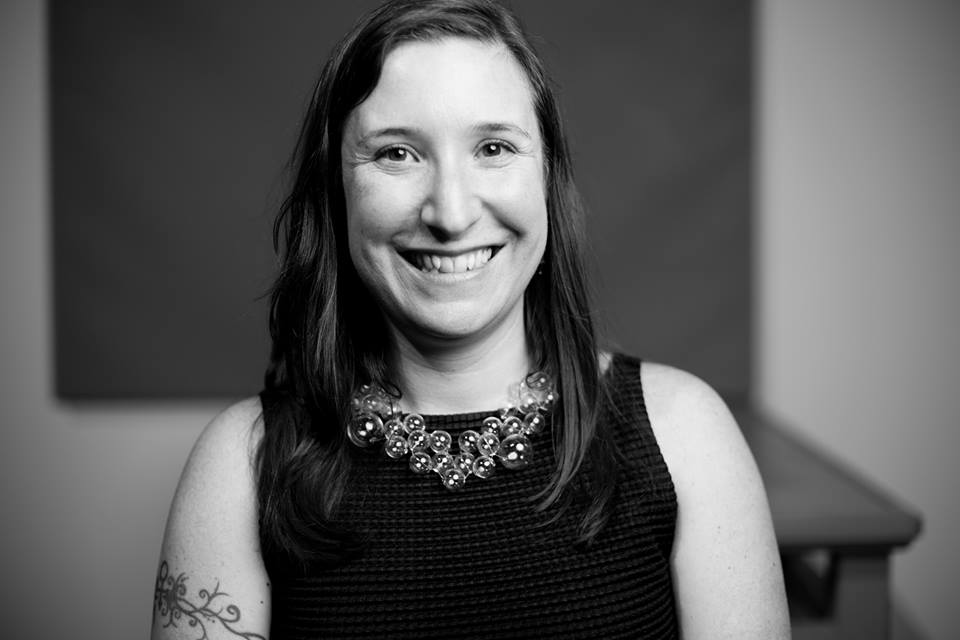 Long Now is proud to bring Rachel back to San Francisco for two very special events: on June 12th, 02014 with fellow photographer Mario Del Curto discussing photography and the natural world at swissnex. And then on June 13th Rachel appears at The Interval, Long Now’s new venue at Fort Mason, to talk about the book and her experience creating it.

We hope you’ll join us for one or both of these opportunities to see Rachel Sussman in person and hear more about her remarkable work.