The Algonquian Linguistic Atlas is a project helping to preserve and celebrate North America’s linguistic diversity. The Algonquian family of languages have an estimated 50,000 speakers and the atlas allows viewers to explore the roughly 30 languages within it. 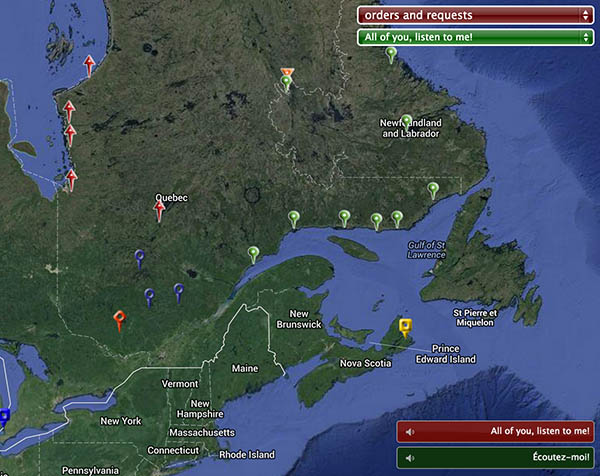 The project gives speakers and researchers a common tool to study and share the cutural diversity Native Americans developed over many thousands of years.

It isn’t just a repository of words and stories though. It is organized in a way that lets you explore the similarities and differences between the languages, and see how they are distributed by place.

Pins on the map indicate the locations of speakers who have contributed recordings of common phrases. Choose a phrase to see how it’s spoken in languages all accross Canada and the northern United States.

By doing this, it becomes easy to see the relatedness, but also the divergence of the languages. Is the distance between two speakers a good predictor of how differently they’ll say a given phrase? Give the map a spin and see for yourself.