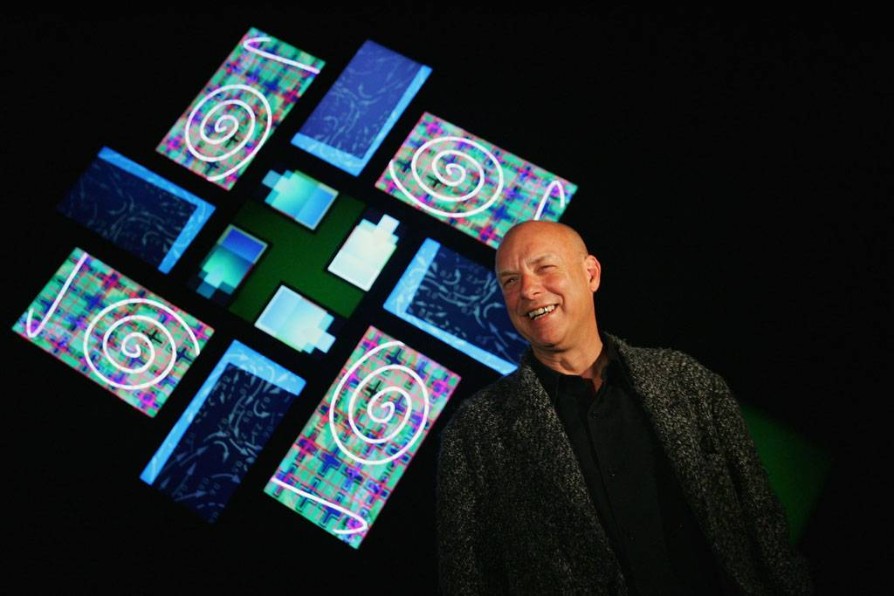 Last week Long Now board member Brian Eno unveiled two new installations at Montefiore Hospital in Hove, England. The pieces are designed to be soothing for patients in the hospital and provide a sense of respite from the harsh realities of its clinical environment. In the lobby of the new hospital, Eno’s 77 Million Paintings will be on permanent display. The artwork, like the chime sequence for the 10,000 year clock, uses generative music techniques pioneered by Eno to ensure endless unique combinations of video and music to relax the viewer.

The other work in the hospital is a quiet room for patients of the hospital that plays a new ambient album by Eno entitled Quiet Room for Montefiore. The album will only be able to be heard in the hospital, somewhat of a hurdle for serious Eno fans. News of the installation has spread quickly, and Eno’s spokesman has confirmed that four other hospital architects are currently in conversation with Eno about putting similar rooms into the hospitals they are currently building. In talking about the new turn, Eno notes that this projects flowed quite naturally from his previous works:

“It seemed a natural step for me to take as I’ve been dealing with this idea of functional music for quite a few years.”

For those that won’t be able to make it to England, Brian Eno’s 77 Million Paintings will also go on display in New York at the Red Bull Music Academy from May 3rd until June 2nd.

A recently released interview from Alfred Dunhill also gives a glimpse into Eno’s general philosophy and approach to art: