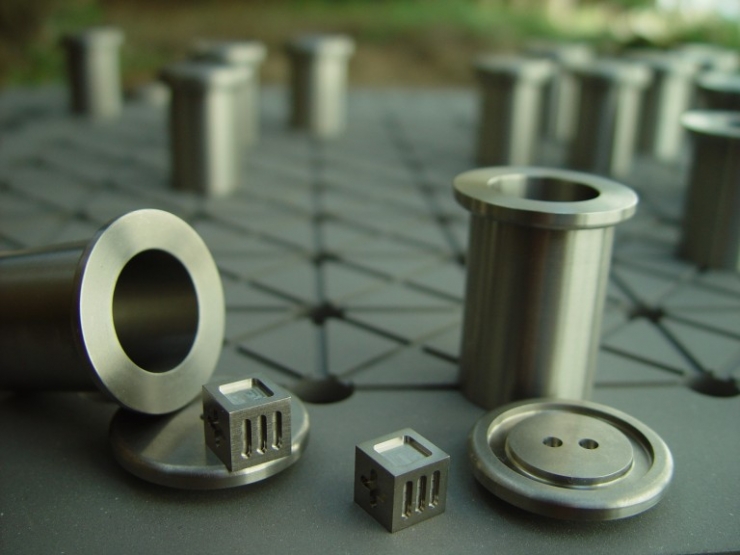 We might think of games as things we ‘play’ – as make-believe universes in which we might wander around for a period of time, engaged in activities that have little to no bearing on our ordinary lives. But ordinary life can, in many ways, also be thought of as a form of ‘play’. In the real world, too, we (mostly) play by the rules; we employ strategies in order to achieve certain objectives, and we interact with fellow players.

At last week’s Game Developer’s Conference, designer Jason Rohrer presented a new game that brings all these different dimensions of ‘play’ together. In response to a design challenge prompt that asked developers to come up with “the last game that humanity will ever play,” Rohrer designed a game that is both infinite and finite, lived and ‘played’ – and very, very long term.

Rohrer’s game is intended not to be played for another 2,000 years. In order to ensure its longevity, he built its board and pieces out of solid machined titanium. Anticipating a temporal language barrier between himself and future generations, he wrote the game’s instructions in the form of symbols and visual diagrams.

In order to ensure that the game would not be played before its time, Rohrer buried it at a precise but unknown location in the Nevada desert – and turned the process of finding it into a game itself. At his conference presentation, Rohrer gave each member of his audience a sheet that listed 900 unique GPS coordinates. Taken together, these handouts contained a million possible locations, only one of which corresponds to the game’s actual site. If one person checks one of these GPS coordinates each day, it is guaranteed that the game will be found within one million days, or 2,737 years.

In the last chapter of The Clock of the Long Now, Stewart Brand writes that

“Infinite games are corrupted by inappropriate finite play. Governance (infinite) is disabled when factional combat (finite) becomes the whole point instead of providing helpful debate and alternation of power. Cultures (infinite) perish when one culture seeks to eradicate another. Nature (infinite) is dangerously disrupted when commercial competition (finite) lays waste to natural cycles. Finite games flourish within infinite games, but they must not displace them, or all the games are over.” (1999:161).

Rohrer has not only taken this to heart, but has in fact taken it a step further: the finite board game he has buried in the desert is ultimately intended to be the simple starting point for the infinite game of long term thinking.