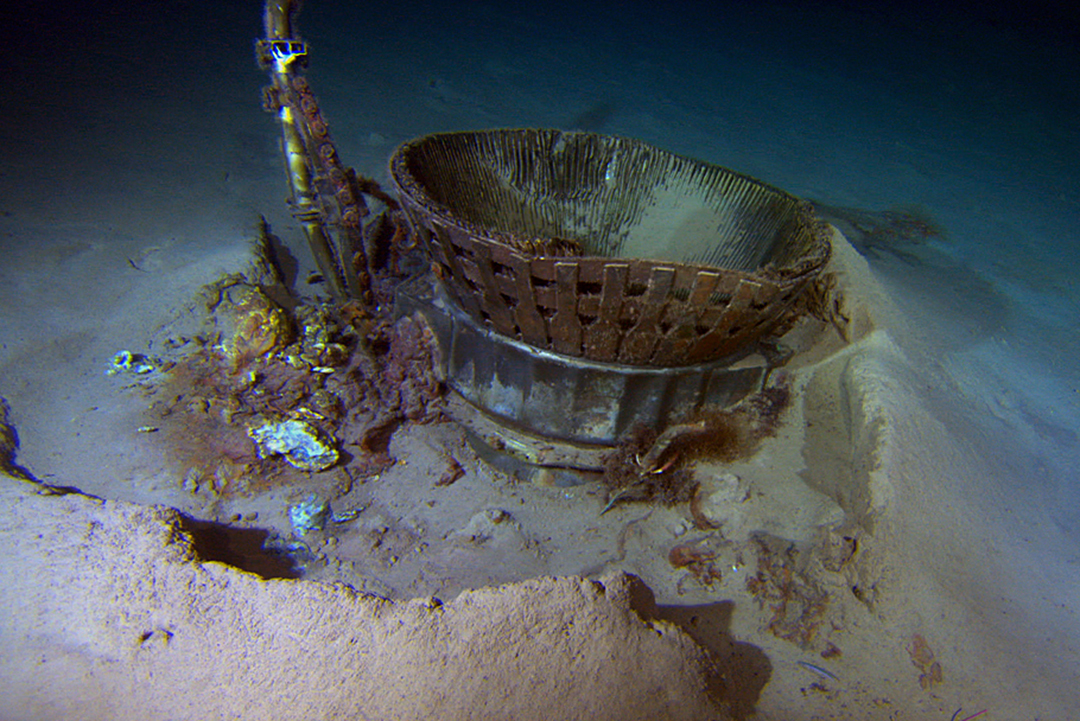 Jeff Bezos, CEO of Amazon and supporter of the 10,000 Year Clock, is recovering and restoring a few pieces of scientific history.

After a three-week mission in the Atlantic Ocean, Bezos and his team of deep-sea divers have uncovered several of the F-1 engines that helped rocket Apollo 11 – and Neil Armstrong – to the moon, back in 01969. Bezos writes:

“We found so much. We’ve seen an underwater wonderland – an incredible sculpture garden of twisted F-1 engines that tells the story of a fiery and violent end, one that serves testament to the Apollo program. We photographed many beautiful objects in situ and have now recovered many prime pieces. Each piece we bring on deck conjures for me the thousands of engineers who worked together back then to do what for all time had been thought surely impossible.”

Bezos plans to restore the engines and display them to the public in hopes that they will serve as inspiration for new bold endeavors.

The LA Times reports that NASA lauds Bezos’ efforts as yet another step towards greater public access to space: “We look forward to the restoration of these engines by the Bezos team and applaud Jeff’s desire to make these historic artifacts available for public display,” NASA Administrator Charles Bolden has said.

You can see more photos and a video of Bezos’ findings on his blog, bezosexpeditions.

What was the biggest empire in history?