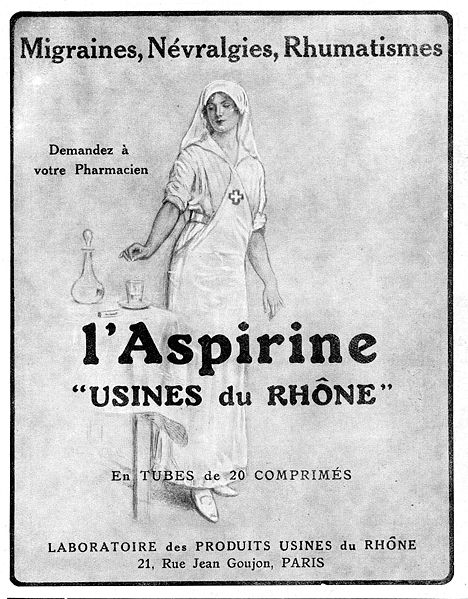 Aspirin is not only a miraculous cure-all; it’s also an ancient one.

In its purified chemical form, aspirin (or salicylic acid) is only a little over 100 years old. But the compound is also found in several plants – and in this form, it has been used for over 3,500 years.

Its pain-reducing and anti-inflammatory properties were already known to Hippocrates, who found salicylic acid in the leaves and bark of willow trees and used it, among other things, to ease the pain of childbirth. He most likely learned of this medicine from ancient Egyptian and Sumerian medical texts, which recommend the use of willow leaves for treating inflammation (Mackowiak 2000).

The healing potential of willows was recognized the world over – from the Roman Empire to ancient China, and, in the new world, among Native American tribes as well. In Europe, too, willow leaves were used medicinally, until, in the late nineteenth century, the Bayer pharmaceutical company figured out how to manufacture salicylic acid in a laboratory and market it for mass consumption (The Naked Scientist).

Today, modern medical research may have given us renewed insight into the workings and benefits of this over-the-counter pill, but aspirin is ultimately the product of a history that spans several millennia.