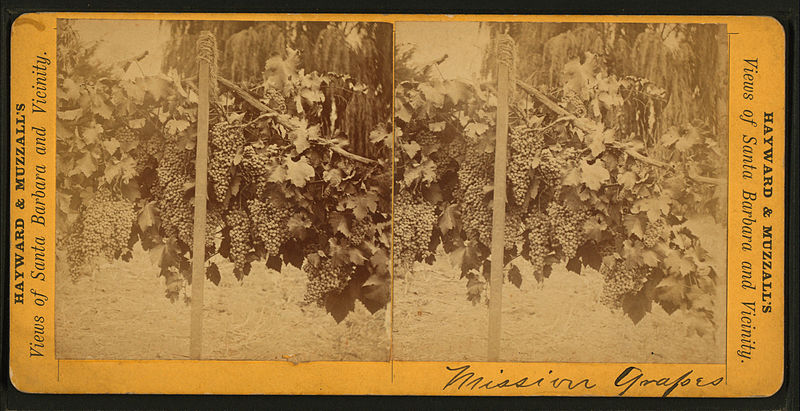 The term “New World Wine” may be a bit of a misnomer.

In 01976, a British wine merchant introduced California wines to France by organizing a blind tasting event for local connoisseurs. To everyone’s great surprise, bottles from California won first place in each category, and thereby earned a place on the international map of fine wine.

This “Judgment of Paris” may have brought California wine to the global stage, but unbeknownst to many of those tasters (and to many wine lovers today), California has been making wine since long before the 01970s. In fact, California’s winemaking industry may be about as old as the United States itself.

Viticulture was first brought to the Western United States by Spanish missionaries in the 18th century. Because they needed wine for the performance of Mass, these missionaries had brought vine cuttings with them from Mexico, and planted a vineyard by every new mission established in California. In those days, they cultivated and fermented what was known as the “Mission grape,” which had originated in Spain but found its niche in the New World. Until about 01850, most California wine was made from this Mission grape; today, only a handful of producers still grow this varietal.

The Gold Rush of the late 19th century brought new waves of migrants to California, and gave a new boost to the burgeoning winemaking industry. California offered a favorable climate for grape growing, and with a growing demand for wine, many European settlers tried their hand at cultivating grapes. Armed with new varietals and new winemaking techniques, these growers established the first commercial wineries in Northern California.

In 01920, Prohibition put a damper on the winemaking industry. A few wineries were able to switch to the production of sacramental wine or grape juice, but most were forced to close their doors, and many a vineyard withered. After the twenty-first amendment was passed in 01933, the industry embarked on a long process of recovery, finally culminating in a renaissance during the late 01960s and 70s.

Despite the impact of Prohibition, many of today’s most celebrated Northern California wineries have a long legacy that dates back more than a century. Charles Krug Winery was founded in 01861 by a man of the same name, and thereby became the first commercial winery in the Napa Valley. Schramsberg, a producer of sparkling wine, was established just a year later. The brothers Beringer founded their winery in 01876, and Chateau Montelena – producers of the Chardonnay that won the Judgment of Paris – dates from 1882.

But perhaps the oldest of Northern California’s wineries is located in Sonoma. Founded in 01857, Buena Vista Winery spearheaded the development of the region’s winemaking industry. Its founder, ‘Count’ Agoston Haraszthy, introduced new European grape varietals to the area, pioneered new winemaking methods, and established a local viticultural society. It is here that Charles Krug learned how to make wine before he went on to establish his own business in Napa, four years later.

Financial troubles forced Buena Vista to close its doors in the late 19th century. Despite several attempts at revival, the winery has been unable to reclaim its past glory – until recently, that is. In 2011, the winery was bought and then carefully restored by Burgundy Native Jean-Charles Boisset. His goal in this project was not just to produce great wine; Boisset hoped to offer a tribute to California’s long legacy of viticulture.

“A lot of people think that the California wine world was born in 1976 after the Judgment of Paris tasting, but no, it started way before,” he said. “The wines are great, but we can explain to people what a great region it is through its long-lost heritage.”

Buena Vista winery reopened its doors this past summer to offer tours of its historic facilities, and tastings of its new bottlings. A great start to a history-themed tour of the Napa and Sonoma valleys, perhaps?