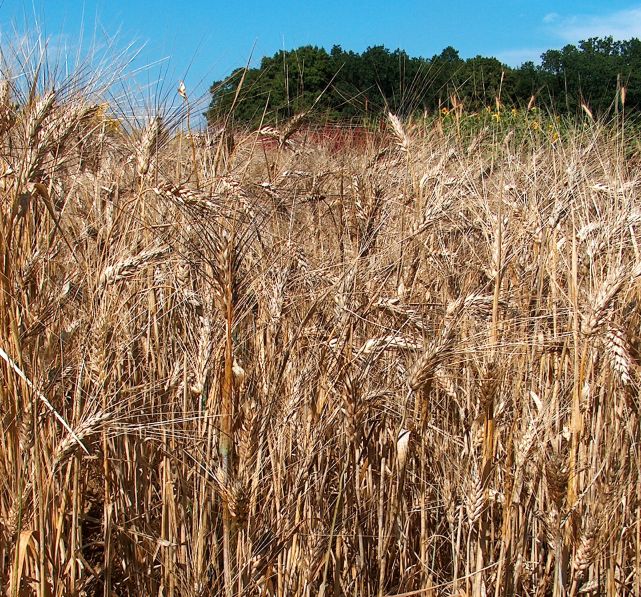 Environmental change and a growing world population bring up a pressing question: how do we ensure that future generations won’t go hungry? Some scientists believe that one solution may lie in lending nature a helping hand.

A recent article on EurekAlert announces that a group of researchers at the University of Adelaide have succeeded in breeding a type of durum wheat that can thrive in very salty soils. A by-product of climate change, elevated salinity already affects large portions of agricultural land in Australia, and has a significant impact on the health of cultivated plants. Durum wheat is an important ingredient in food staples such a pasta; a breed that can tolerate increased concentrations of salt could thus be key in the continuation of wheat cultivation:

“Dr. Gilliham says: “Salinity is a particular issue in the prime wheat-growing areas of Australia, the world’s second-largest wheat exporter after the United States. With global population estimated to reach nine billion by 2050, and the demand for food expected to rise by 100% in this time, salt-tolerant crops will be an important tool to ensure future food security.””

At Long Now we’ve been following the conversation about long-term solutions for sustainable agriculture. Our SALT seminar series has hosted several speakers who have weighed in on this topic. Pamela Ronald and Raoul Adamchak spoke about the potential uses of genetic engineering, and the benefits of combining those techniques with organic farming methods, in their 02009 lecture, “Organically Grown and Genetically Engineered: The Food of the Future.” Earlier that year, we also had Michael Pollan discuss the benefits of knowing where food comes from and how its grown with “Deep Agriculture.”