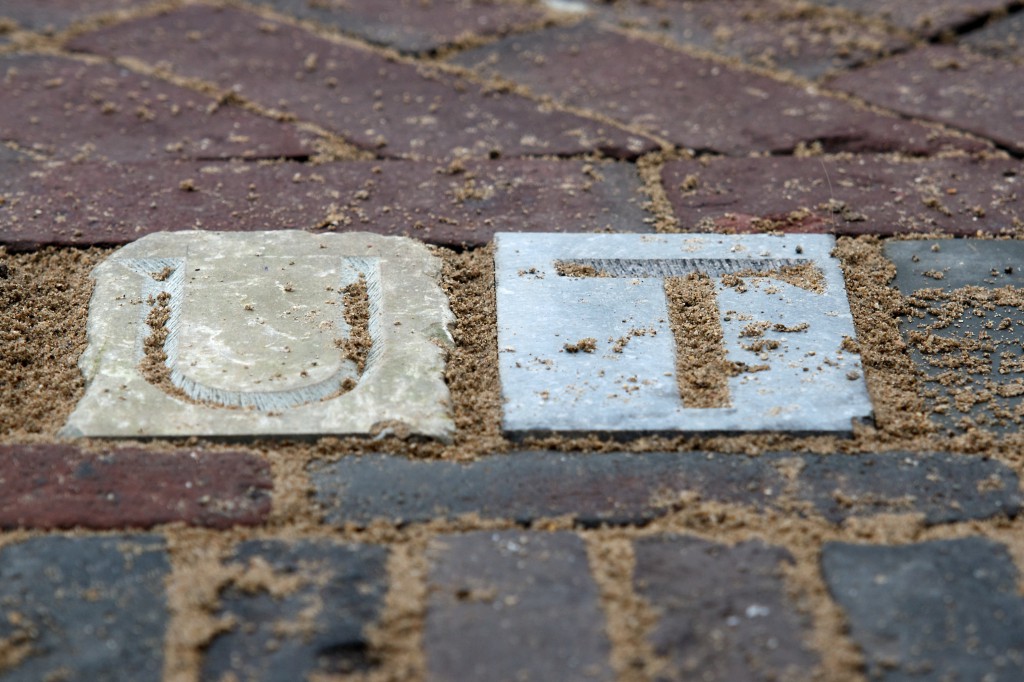 If you spelled out a poem in stone, at the rate of one letter – and one tile – a week, how many miles would your verse stretch across the earth in 12,012?

The Letters of Utrecht project hopes that in 10,000 years, someone will be able to answer that question.

Inspired by the Long Now Foundation and other organizations dedicated to long-term projects, The Letters of Utrecht is a very long-term poem, to be gradually written in stone in the streets of Utrecht, the Netherlands. The idea was developed by the Million Generations Foundation, a Dutch think tank devoted to developing knowledge for the good of the future, in collaboration with a local poet’s guild. The project evolved out of initial plans to build a stone clock and intends to be a kind of calendar, written in verse.

The first letters of the poem will be carved out and installed on the street early this year. Each week from then on, a new tile with a new character will be added, slowly forming words, sentences, and finally verses. The project’s website writes:

It takes about three years to publish an average sentence, and every year the poem grows by about 5 meters [approximately 16 feet]. Along the poem’s ‘future’ route, year marks will be installed to indicate where the poem will arrive decades and centuries from now. Time crawls forward through the street like a snail, living, growing, never stopping. [Trans. Charlotte van den Hout]

The project is non-profit, and relies on funding by private donors: anyone with an interest in participating can sign up to sponsor the carving and placement of a letter. By eliciting public involvement, The Letters of Utrecht hopes to become a “social sculpture,” a collaborative effort to create something that will extend the present into the future. So long as there are donors who contribute, the project will continue to inch its way through the city’s streets. Unpublished parts of the poem will be kept secret, revealed only with the gradual carving of its letters. As time passes, the responsibility of writing new stanzas will be passed on from one generation of poets to the next.

The Letters of Utrecht is a poetic voyage through time, fed by the citizens of today as well as those of future generations, a representation of civilization. None of us will see the completed poem, but we help build and transmit it to the readers who come after us. The poem thus links us to the future, reminding us of the importance of nurturing that future. Its letters form a chain that connects the city of Utrecht to its citizens. The stones are strung together into words, into a poem. [Trans. Charlotte van den Hout]

This poetic calendar will be retro-dated to begin its marking of time on January 1, 2000: the 648 character-bearing tiles that represent the weeks that have passed since then will be carved and installed this year, in time for the project’s official inauguration on June 2, 02012. On that date, a public auction will allocate a sponsor for the 649th tile, to be ceremoniously placed that day.

The Dutch often talk about “je steentje bijdragen.” Literally translated as “to contribute your stone,” this old saying refers to “doing your part” to contribute to something larger than yourself. The Letters of Utrecht project hopes that we all will do our part, and contribute a stone to this long calendar of poetry.

For more information about the project and sponsoring placement of a letter, please visit the project’s Dutch-language website, www.delettersvanutrecht.nl.