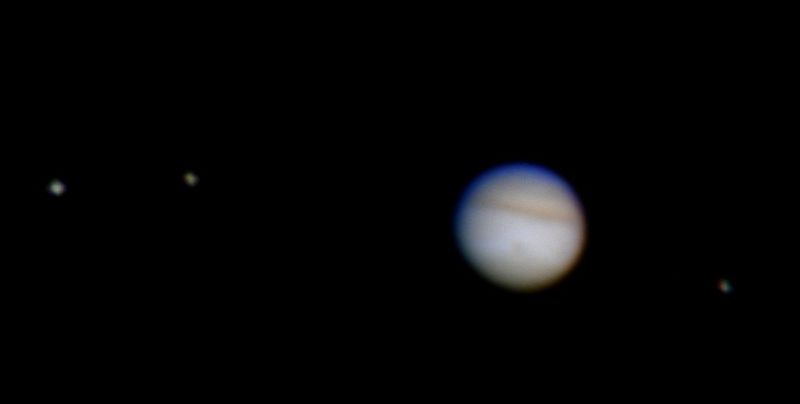 Moons of Jupiter through an amateur telescope, photo by Thomas Bresson

Forgive the metaphor, but earlier this month in the Wall Street Journal, Jonah Lehrer discussed several trends that have emerged in scientific discovery over the past century that indicate we may need to start ‘digging deeper.’

An economist at Northwestern named Benjamin Jones has pointed out the first of those trends by analyzing millions of published scientific papers. He found that the prevalence of teams working on papers has been growing steadily; there are more papers published these days that have several authors than in the past. That prevalence is especially pronounced among highly successful papers: those that receive a disproportionate amount of citations in other papers. So, using papers published as an indication of scientific progress seems to indicate that more work is being done collaboratively and that productive science seems to increasingly require more work and wider expertise than a single person can muster.

The second trend comes from Samuel Arbesman, a researcher at Harvard Medical School. He’s found that across many different disciplines, the relative magnitude of discoveries seems to be falling:

By measuring the average size of discovered asteroids, mammalian species and chemical elements, he was able to show that, over the last few hundred years, these three very different scientific fields have been obeying the exact same trend: the size of what they discover has been getting smaller.

These trends seem to indicate that science is actually getting harder. Lehrer borrows a metaphor from Tyler Cowen’s The Great Stagnation to argue that we’ve basically picked all the low-hanging fruit of scientific discovery – all Galileo had to do was be the first person to look at Jupiter through a telescope and he discovered four moons. But, we’ve found all the moons now, and without those easy to reach facts, we’re now forced to pool more effort and resources into learning new things.