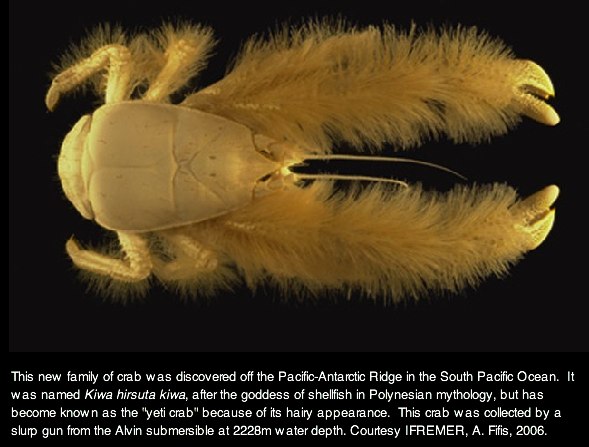 A decade ago The Long Now Foundation spun off a project called All Species.  The goal was to document all the species on the planet in 25 years in an open archive for all.  That project was launched amidst the bursting of the dot com bubble, and it did not survive it. It also met a lot of resistance from scientists who did not see the value of freely sharing their data.  However several efforts and scientists that were associated with, inspired by, or just happened to be doing the same thing have continued on.  Today another decade long effort, the $650 million Census of Marine Life has published its results as public data.  And other direct offshoots like E.O. Wilson’s Encyclopedia of Life project and the Barcode of Life project march on.

It seems odd to think that we dont know all the species on our planet.  If we were to discover life on Saturn’s moon Titan for instance, you would think that the first thing we would do would be to catalog it.  Yet we are still discovering new species, genus and even families on our planet at a regular rate, even as the number is declining at an even more alarming rate.

We hope that as a generation of new scientists takes hold of academics, ones who grew up with resources like Wikipedia and the Census of Marine Life, that at some point we will have the All Species catalog.