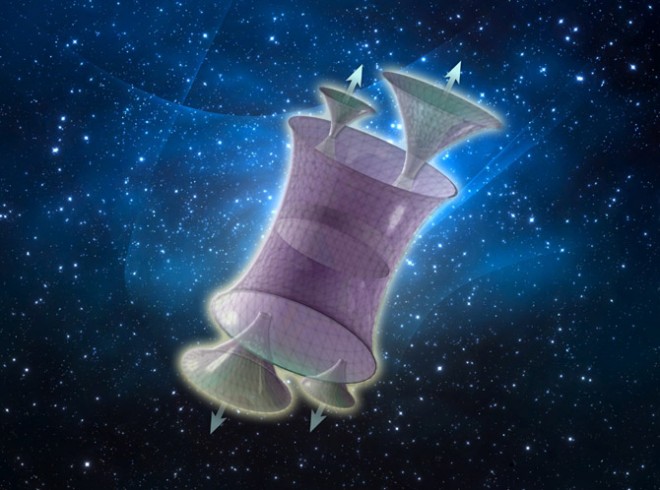 Wired Science has posted a thought-provoking interview with Caltech theoretical physicist Sean Carroll about the arrow of time, which points from past to future. We all perceive this arrow and can measure its passage with clocks, but very little is understood about how and why it works that way. Carroll explains:

We remember the past but we don’t remember the future. There are irreversible processes. There are things that happen, like you turn an egg into an omelet, but you can’t turn an omelet into an egg.

And we sort of understand that halfway. The arrow of time is based on ideas that go back to Ludwig Boltzmann, an Austrian physicist in the 1870s. He figured out this thing called entropy. Entropy is just a measure of how disorderly things are. And it tends to grow. That’s the second law of thermodynamics: Entropy goes up with time, things become more disorderly. So, if you neatly stack papers on your desk, and you walk away, you’re not surprised they turn into a mess. You’d be very surprised if a mess turned into neatly stacked papers. That’s entropy and the arrow of time. Entropy goes up as it becomes messier.

So, Boltzmann understood that and he explained how entropy is related to the arrow of time. But there’s a missing piece to his explanation, which is, why was the entropy ever low to begin with? Why were the papers neatly stacked in the universe? Basically, our observable universe begins around 13.7 billion years ago in a state of exquisite order, exquisitely low entropy. It’s like the universe is a wind-up toy that has been sort of puttering along for the last 13.7 billion years and will eventually wind down to nothing. But why was it ever wound up in the first place? Why was it in such a weird low-entropy unusual state?

That is what I’m trying to tackle. I’m trying to understand cosmology, why the Big Bang had the properties it did. And it’s interesting to think that connects directly to our kitchens and how we can make eggs, how we can remember one direction of time, why causes precede effects, why we are born young and grow older. It’s all because of entropy increasing. It’s all because of conditions of the Big Bang.

For a deeper exploration of the arrow of time and the cosmology of why it exists, Carroll’s recently published book is From Eternity to Here: The Quest for the Ultimate Theory of Time.