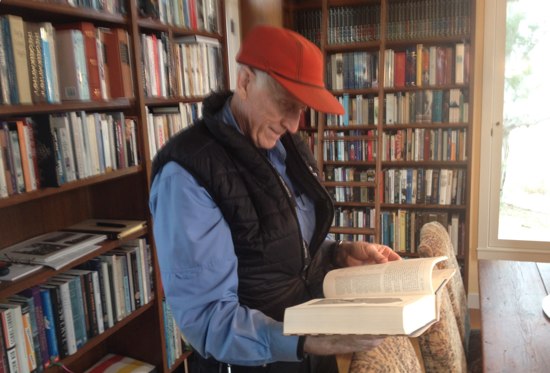 Long Now’s Founding Board Member Stewart Brand suggested more than 70 volumes for our Manual for Civilization collection. The Manual will be housed within The Interval at Long Now, our new public space which opens to the public this Spring.

The 3500 books that comprise the Manual for Civilization will serve as the library component of The Interval. A dominant feature, seen immediately upon entering and even visible from outside, on shelves stretching floor to ceiling and set amongst the large scale mechanical prototypes of our 10,000-Year Clock, the Manual will present a compelling image for visitors to our space. 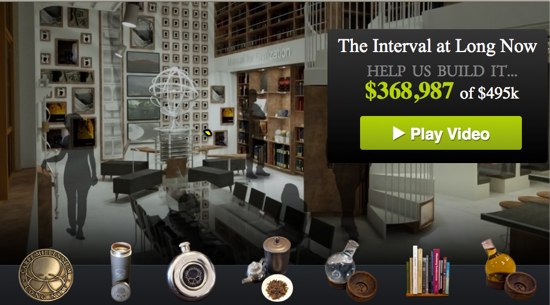 As construction of The Interval at Long Now nears completion, our fundraising continues. We are in the final stretch of the capital campaign to fund renovations to our San Francisco space that not only houses The Interval but also Long Now’s offices.

If this venue, its unique library, and all its other features capture your imagination, please consider a donation at any level. You can be a part of giving long-term thinkers a beautiful place to gather, full of amazing books. Also please spread the word to others you think would appreciate this project.

Writer, futurist, environmentalist and Long Now co-founder, Stewart Brand keeps three personal libraries. In the last month he walked us through all of them and carefully selected books for the list below. It is a remarkable list of titles old and new.

From the Epic of Gilgamesh to contemporary science fiction. Homer’s epics and Beowulf, Lao Tzu and Machiavelli. But also Brian Fagan’s The Long Summer: How Climate Changed Civilization and Thinking, Fast and Slow by Daniel Kahneman from 02011. There are many past Long Now Seminar speakers: Ian Morris, Jared Diamond, Steven Pinker and Verner Vinge to name only a few. And no less than 6 novels by the British Science Fiction author Iain M. Banks, who passed away last year.

Keep in mind that like Brian Eno’s list and others we’ll be posting soon, this is not intended as a standalone set of books, but as part of the larger corpus of thousands of texts that we are assembling. That collection will include submissions from Long Now members and the donors to our ‘brickstarter’ campaign to help build the Long Now’s Interval (formerly referred to as Long Now Salon).

Together these books assemble knowledge essential for us to maintain, extend and (if needed) recreate what humans have achieved thus far. Here are Stewart Brand’s recommendations:

Many thanks to Stewart for taking the time and care to recommend these books for our collection.

As we approach The Interval opening this Spring, we will continue this series of lists suggested by friends and associates of Long Now for the Manual. You’ll see books recommended by Neal Stephenson, Violet Blue, Kevin Kelly, Megan & Rick Prelinger, and Danny Hillis.

To add your own recommendations of books to include in the Manual for Civilization and vote on which suggested titles should find a place on The Interval’s shelves, just make a donation to support the project. All donors, at any level, can suggest and vote on books.

We look forward to your contributions!