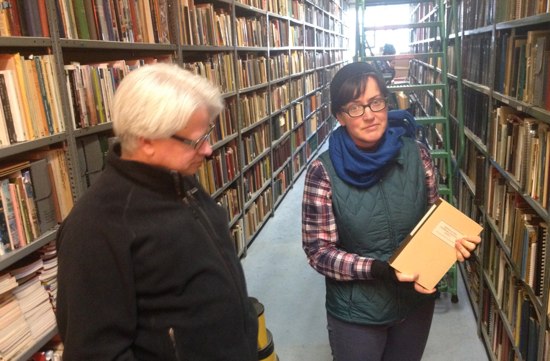 Today we continue the series of posts featuring the books suggested for the Manual for Civilization with a list from a couple of guerrilla archivists here in San Francisco, Megan and Rick Prelinger. In all, we hope to develop an ever-changing collection of 3,500 volumes to form a corpus which could sustain or rebuild civilization. To broaden our selection process we’ve asked Long Now members and Interval at Long Now donors to suggest books for the list.  Please join us and make your suggestions; we are just weeks away from opening.

Rick Prelinger has the distinction of giving more presentations in our Seminars About Long-term Thinking series than anyone. The last six Decembers he’s presented a vintage film collection in his “Lost Landscapes” series, usually centered on family home movies and other non-professional sources. Megan is a cultural historian and archivist in her own right and is the author of Another Science Fiction: Advertising the Space Race 1957–1962. Megan’s knowledge of the US space program is encyclopedic and nuanced. Together they began the Prelinger Library in 02004 which is open to the public and focuses on their mutual interest in “ephemeral literature.” Megan came up with a unique organizational structure for their collection which is sorted by geography. As you will see, the collection has particularly great resources on the built landscape and the space program.

The Prelingers personally walked us through their library to select some singular additions to our Manual for Civilization collection. Like the others we have posted, their list is intended as a component of a larger corpus. Each subset of books represents a perspective, sometimes a highly specialized one, that will help to document and sustain this complex system we call Civilization. Enjoy. 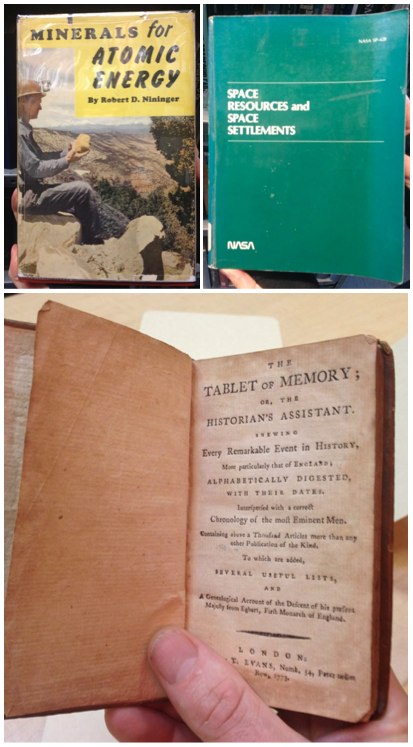 Many thanks to the Prelingers for taking the time and care to recommend these books for our collection.

You can visit the Manual in person and drink coffee, tea, or a cocktail while reading up on rabbit raising and bamboo cultivation at The Interval at Long Now. Or follow Neal Stephenson’s suggestion…

You’ll see Neal’s list of books here soon, as well as lists from Danny Hillis, Neil Gaiman, Mark Pauline, and others. And not long after that you’ll have the chance to visit The Interval in person. Construction is nearly complete, and the Interval will open later this Spring in San Francisco.

Thanks to many of you we have raised over 3/4 of our “brickstarter” goal. So we are asking for your generous support to help us finish construction and complete this project, including acquiring books for the Manual for Civilization.