Here at Long Now, we often like to tell the story – or perhaps better said, legend – of the oak beams at New College in Oxford. First told to Stewart Brand by anthropologist Gregory Bateson, this short and simple story epitomizes the tremendous value we can reap from some long-term thinking. 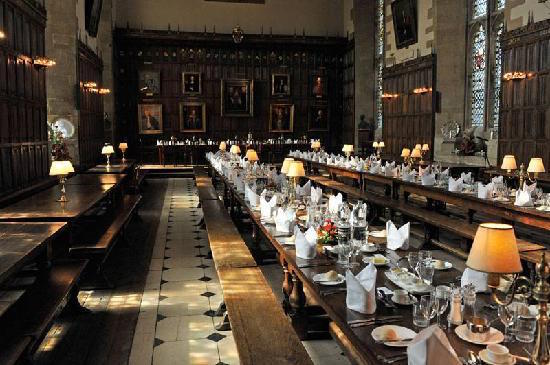 Despite what the name may suggest, New College is one of Oxford’s oldest. Founded in 01379, at its heart lies a dining hall that features expansive oak beams across its ceiling. About a century ago, an entomologist discovered that the beams were infested with beetles and would need replacing. The College agonized over where they might find oaks of sufficient size and quality to make new beams. Then, as Stewart Brand recounts,

One of the Junior Fellows stuck his neck out and suggested that there might be some worthy oaks on the College lands. These colleges are endowed with pieces of land scattered across the country which are run by a college Forester. They called in the College Forester, who of course had not been near the college itself for some years, and asked him if there were any oaks for possible use.

He pulled his forelock and said, “Well sirs, we was wonderin’ when you’d be askin’.”

Upon further inquiry it was discovered that when the College was founded, a grove of oaks had been planted to replace the beams in the dining hall when they became beetly, because oak beams always become beetly in the end. This plan had been passed down from one Forester to the next for over five hundred years saying “You don’t cut them oaks. Them’s for the College Hall.”

In all likelihood, the story is a blend of myth and reality. While the College, in keeping with standard woodland practices in Britain, has always kept groves of oaks intended for construction purposes, it isn’t clear that any particular set of trees was officially designated to replace the beams of the College dining hall.

But as with all good legends, this story conveys a larger truth: that a symbiotic relationship with the natural world around us is a useful and sustainable way to maintain human civilization for centuries to come. Atlas Obscura concludes:

Somewhere on the land owned by the New College are oaks that are, or will one day, be worthy of use in the great hall, assuming that they are managed in the same way they were before. It is in this management by the Forester in which lies the point. Ultimately, while the story is perhaps apocryphal, the idea of replacing and managing resources for the future, and the lesson in long term thinking is not.

There are other stories that, like this one, convey the value of this kind of long-term partnership. For example, NPR recently featured a story on the Bosco Che Suona – the ‘woods that sing’. It’s in this Italian Alpine forest that Antonio Stradivari, Giuseppi Guarneri, and Nicola Amati found the spruce trees from which they made their world-famous violins. 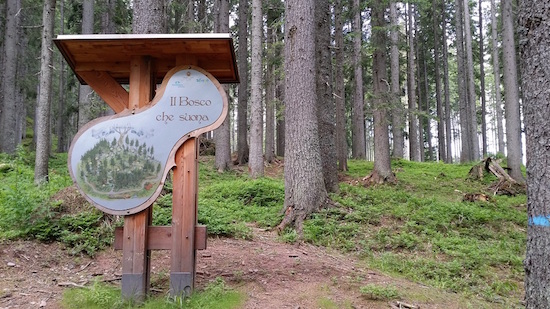 Centuries later, artisan luthiers still come to these woods to source their raw material – and it is in large part due to this ongoing use that the Bosco continues to thrive. In partnership with local foresters, instrument makers select trees they think produce high-quality violins. The felled tree in turn makes room for new saplings, and the many months required for the production of a single instrument ensures that these young trees have time to grow up. NPR writes:

Before a tree hits the chopping block, Mazzucchi looks around to see if there are any tiny saplings struggling to grow nearby. If so, removing an adult tree will let more sun in and actually help the babies mature.

Bruno Cosignani, the head of the local forest service, explains that light is the limiting factor on tree growth.

“As soon as a tree falls down, those who were born and suffering in the shadows can start to grow more quickly,” he says.

And centuries from now, those trees, too, might become musical instruments. 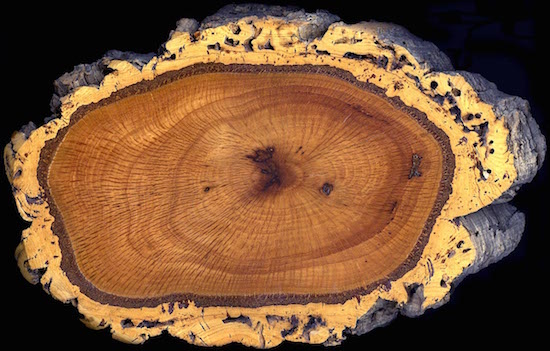 Elsewhere in the Mediterranean, forests of cork oak likewise thrive in large part because of their utility to human industry. For centuries, possibly even millennia, the bark of these trees has been used to make the cork stoppers that keep wine (or any other liquid) inside a bottle. Because only the outer coating is harvested, the trees are left to stand – and thus continue to sustain both local ecosystems and human economies. As a feature in the Huffington Post explains,

Clearly, the environment supports rural livelihoods (and diets). But it also provides substantial ecosystem services. By resisting both fire and drought, cork oaks stabilize the region’s sandy soils and hold a line against creeping desertification. The trees, which are neither irrigated nor treated with herbicides or fertilizers, store carbon. (Because a harvested tree needs to regenerate its bark, it absorbs up to five times more carbon than an unharvested tree.) They also provide plant and animal habitat, absorb rainfall and prevent soil erosion, thus protecting the watershed that supplies two thirds of Lisbon’s drinking water. 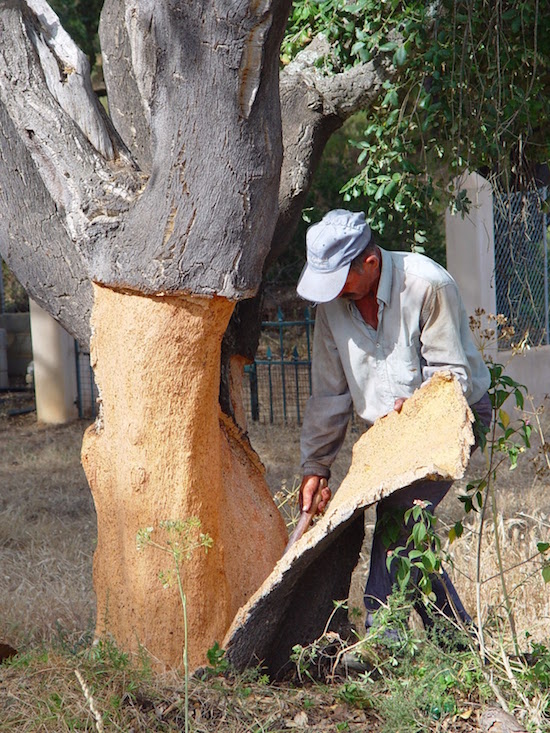 By harvesting material sustainably, the cork industry supports, rather than endangers, these forests. In fact, the largest threat to the Mediterranean cork oaks in recent decades has been the advent of aluminum screw caps and plastic corks. Without utility for the wine industry, there is little economic incentive to help sustain these cork groves. 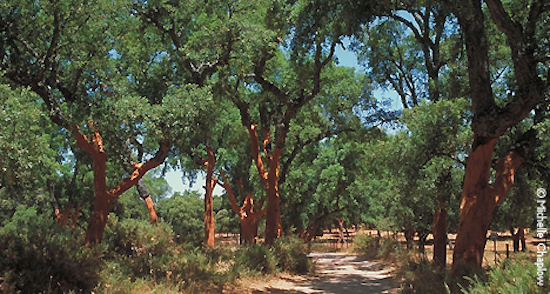 These three different stories share a common message: by making responsible use of natural resources, we actually allow them to thrive, in turn ensuring their availability for centuries to come. In each of these three instances, humans have developed a symbiosis with trees that is uniquely long-term in approach. Whether out of respect for their lengthy lifespans, a recognition of their vital importance to aerobic life, or simply for utilitarian reasons, humans in each of these three instances make use of trees in ways that deliberately foster their longevity. Long-term thinking can be difficult for us short-lived humans, but perhaps trees can help us make a leap beyond the horizon of our own lifespans. Like the 10,000 Year Clock, trees – alive like us, but for so much longer – can help us imagine a time scale, and thus a world, that exceeds our own.