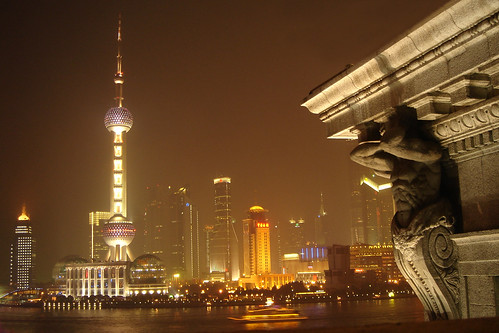 In 2040, the Chinese economy will reach $123 trillion, or nearly three times the economic output of the entire globe in 2000… Although it will not have overtaken the United States in per capita wealth, according to my forecasts, China’s share of global GDP — 40 percent — will dwarf that of the United States (14 percent) and the European Union (5 percent) 30 years from now.

If we’re considering the long term future, it may seem parochial to worry about which nation is “ahead” — but the world will  be a different place if China is the country setting the global agenda for everything from climate change and the exploration of outer space to human rights and censorship (go Google!). China is rising; is the rest of the world ready?

Some recent news stories about China:

3. And science:
China ascendant
Get ready for China’s domination of science

In a scarcity mindset, growth is limited by resources. In an abundance mindset, it is limited only by our ingenuity.