DVDs don’t. Tape doesn’t. Paper won’t. But rock does. In fact carved rock is about the only medium we have that might last 100,000 years. Most of our current electronic media will hardly last several decades. You need to continuously migrate info from one platform to the next as the current platform crumbles beneath you.

The first enthusiasms for a new electronic platform hint that perhaps “self-assembling nanowire of germanium antimony telluride” may have a working life of 100,000 years. According to this report in Physorg, this new nanoscale memory material is not only extremely small but also extremely durable. (The original work was published in the October 2007 issue of Nature Nanotechnology, which is not online yet.)

Tests showed extremely low power consumption for data encoding (0.7mW per bit). They also indicated the data writing, erasing and retrieval (50 nanoseconds) to be 1,000 times faster than conventional Flash memory and indicated the device would not lose data even after approximately 100,000 years of use, all with the potential to realize terabit-level nonvolatile memory device density.

“This new form of memory has the potential to revolutionize the way we share information, transfer data and even download entertainment as consumers,” Agarwal said. “This represents a potential sea-change in the way we access and store data.” 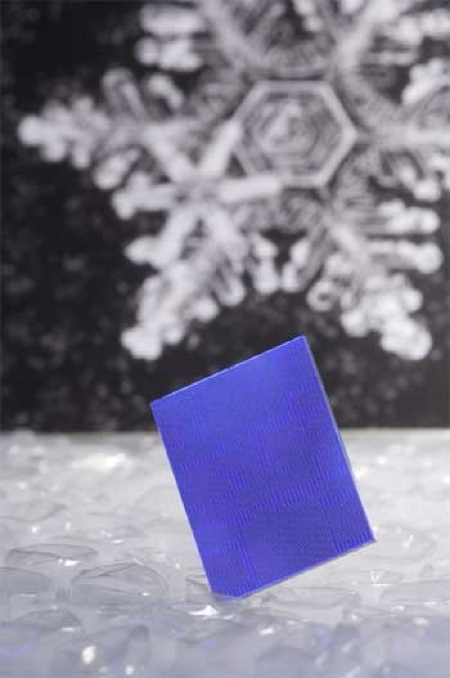 (This picture is of a different self-assembling nano circuit by IBM.)

We’ve heard that last claim before. But even if this memory would remain intact for 1,000 years, it would be a revolution in digital preservation.