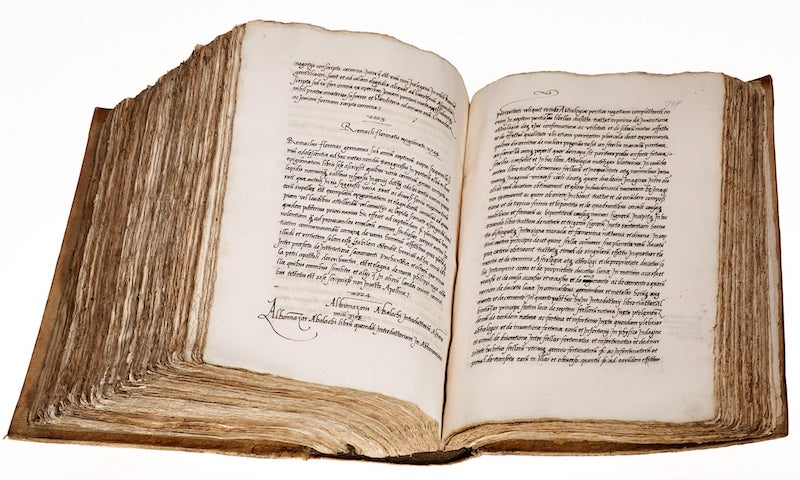 Researchers in Copenhagen have discovered a catalog containing thousands of summaries of books from 500 years ago, many of which no longer exist:

The Libro de los Epítomes manuscript, which is more than a foot thick, contains more than 2,000 pages and summaries from the library of Hernando Colón, the illegitimate son of Christopher Columbus who made it his life’s work to create the biggest library the world had ever known in the early part of the 16th century. Running to around 15,000 volumes, the library was put together during Colón’s extensive travels. Today, only around a quarter of the books in the collection survive and have been housed in Seville Cathedral since 1552.