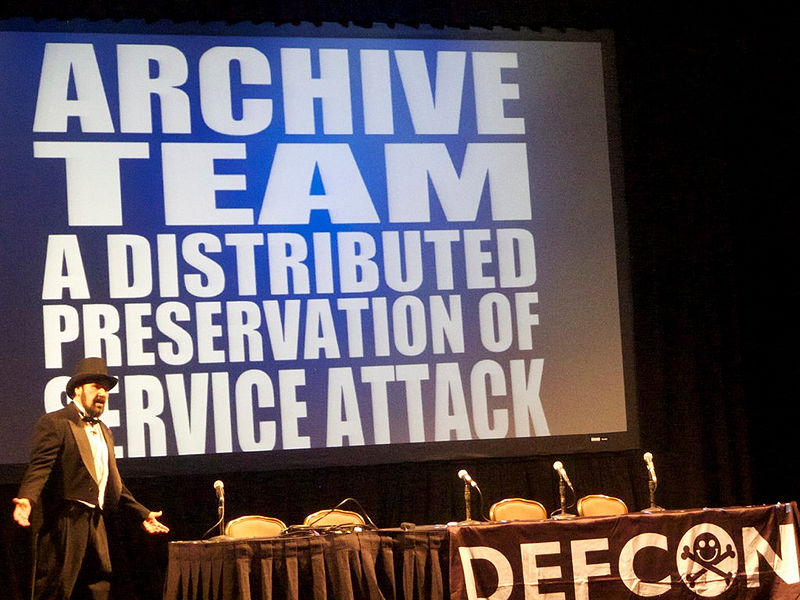 February 24, 02015
Jason Scott (archivist, historian, filmmaker)
The Web in an Eyeblink at The Interval

Tickets are now on sale: space is limited and we expect this talk to sell out

If you are reading this then Jason Scott has probably backed up bits that matter to you–whether you are an ex-SysOp or only use the Web to read this blog. Jason works on no less than three important online archives, each of which is invaluable in preserving our digital history. He’s also made two documentaries about pre-Web networked-computer culture The BBS Documentary and Get Lamp. 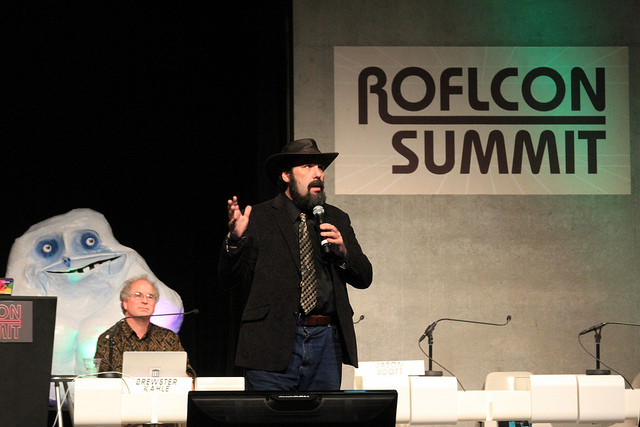 Jason created textfiles.com in 01998 to make thousands of files once found on online bulletin board systems (BBSs) available again after they had become scarce in the era of the World Wide Web. He founded Archive Team in 02009 to rescue user data from popular sites that shut down with little notice; this loose collective has launched “Distributed Preservation of Service Attacks” to save content from Friendster, GeoCities and Google Reader amongst others. In 02011 Jason began curating the Internet Archive‘s software collection: the largest online library of vintage and historical software in the world.

Long Now welcomes Jason Scott to our Conversations at The Interval series:
“The Web in an Eye Blink” on Tuesday, February 24, 02015

The Internet is a network of networks that has the ability to bring the far reaches of the world closer, seemingly in real time. A Big Here in a short Now. But there’s a Long Now of the Internet also in that it connects us through time: a shared memory of readily accessible information. Accessible as long as the resource exists somewhere on the system. So the Internet should give worldwide access to our long memory, all the content we’ve ever put online, right? Unfortunately there are some challenges. But happily we have allies.

The network path to a specific document is a technological chain. And it can be a brittle one. The chain’s components include servers, cables, protocols, programming code, and even human decisions. If one connection in the chain fails–whether it’s the hardware, software, or just a hyperlink–the information becomes inaccessible. And perhaps it’s lost forever. This problem is an aspect of what we call the Digital Dark Age.

The “High technology” industry is innovation/obsolescence driven by its nature; so new models and software updates often undermine that network-chain in the name of progress. But the tech industry’s competitive business environment causes another threat to our online memory. Mergers and acquisitions shift product offerings irregardless of customer sentiment, let alone the historical importance of a site or service. Users who have invested time and effort in creating content and customizing their accounts will often get little notice about a site’s impending demise. And it’s rare that companies provide tools or guidance to enable customers to preserve their own data. That’s why Jason started Archive Team: to save digital assets for users not empowered to do so themselves. Initially reactive they now keep a “Death Watch” to warn users and keep their own team alert ahead of time about sites that don’t look long for this world.

There is no FDIC for user data. Jason Scott and the Archive Team are all we’ve got. 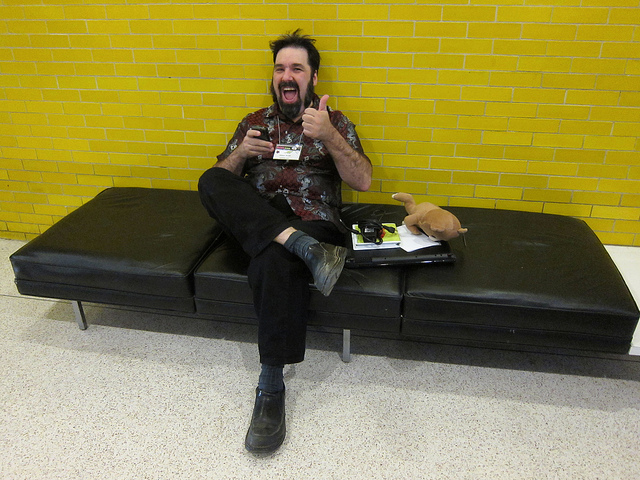 Jason’s advice is to help ourselves. As he said about the strange case of Twitpic.com:

Assuming that your photographs, writing, email, or other data is important to you … you should always be looking for an export function or a way to save a local backup. If a company claims it’s too hard, they are lying. If they claim that they have everything under control, ignore that and demand your export and local backup again.

The broken link may be the most pernicious of the many breaks that can occur in the network chain. When a linked file is removed or renamed, even if it’s been available for years, all access is instantly cut off. The Wayback Machine, a database of 452 Billion previously downloaded web pages, is a solution to that problem and it’s the main feature of archive.org that most people use today.

But the Internet Archive is much more than a database of web pages. It is a non-profit library with an ever-growing collection of books, movies, software, music, and more is available online for free. The archive preserves and expands our collective memory. And Jason’s work with archiving vintage software is especially groundbreaking.

Thousands of computer and arcade games have been added to the Archive in the last year. Many games have been saved from complete extinction in the process. But Jason and team have done more than that. They have built a website on which this code can run, so that the games are playable again. They did it with JSMESS, Javascript code that can emulate nearly 1000 vintage computing and gaming platforms. So the fact that physical components once requisite for these programs to be accessed will never be manufactured again has ceased to be a limitation. Hardware (computers, gaming consoles, disk drives) is no longer, or much less of, a weak link in the technological chain.

Which browsers? Maybe your browser. Can you see a black box below? If so click the button and you’ll have a chance to play Apple’s 01979 “Apple ][” game Lemonade Stand. Have fun. And be patient. Things were slower then.

You can thank Jason Scott for uploading this and thousands of other fun, useful, or just old pieces of software.

In fact, you can thank him in person when he speaks at The Interval at Long Now this Tuesday, February 24, 02015: “The Web in an Eye Blink”. Jason will talk about his work in the frame of the Long Now.

Get your tickets soon, we expect this talk to sell out.

See Andy Baio’s piece on Medium for more thoughts on Jason’s work and the implications of the Archive’s software collection.