“Wanderers“, a short film by director Erik Wernquist, depicts a not-so-far future in which humanity has expanded throughout the solar system. The film starts with a panorama of humans 10,000 years ago at the dawn of civilization, a key point of reference in Long Now’s own intellectual ecosystem. 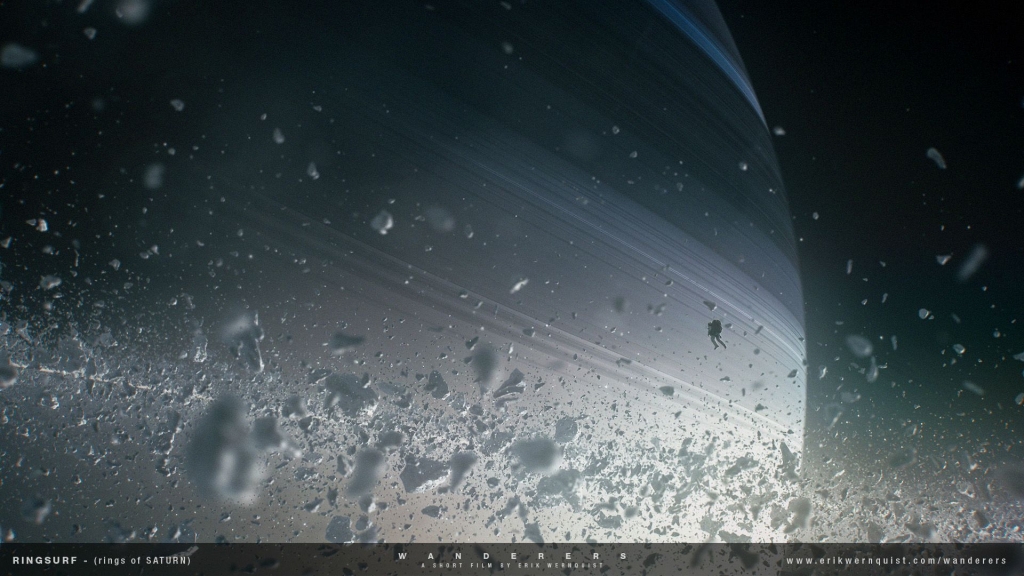 There are two specific aspects that set the video apart: the carefully researched hard science behind each shot of the video and the generally optimistic depiction of the future. To make the video, director Erik Wernquist made composite shots from images from different space missions and then filled in the rest. This image gallery gives a breakdown of the sources and science behind each shot in the film.

The generally optimistic tone of the film is in contrast with much of contemporary science fiction, which as a general rule shows dystopian scenarios in our near future. The call for more optimistic visions of our future has become a major point of discussion in the science fiction community, with author (and Interval donor) Neil Stephenson launch of Project Hieroglyph, an initiative that challenges science fiction authors to imagine optimistic hard-science futures.