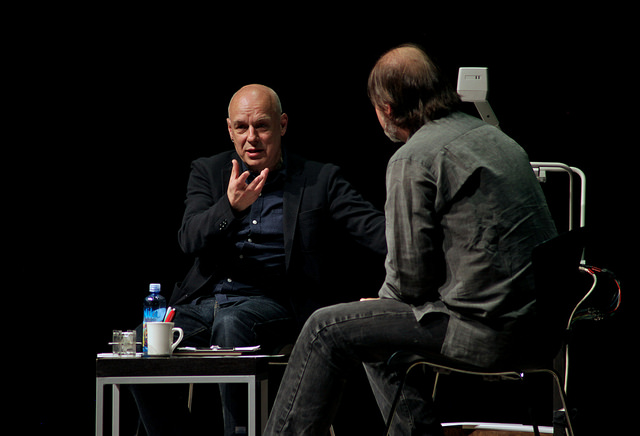 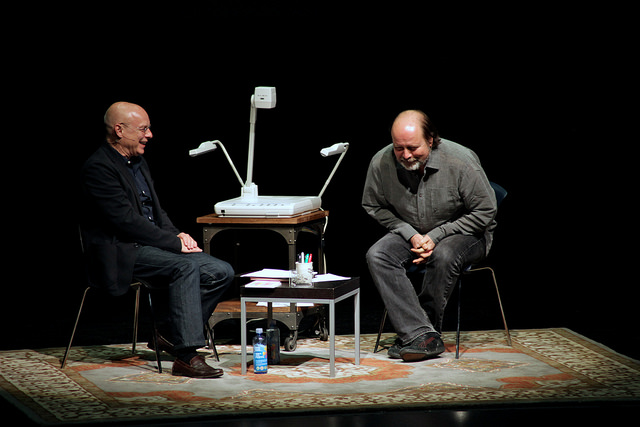 In January 02014 Brian Eno and Danny Hillis, co-founders of The Long Now Foundation, spoke about The Long Now, now in our Seminars About Long-term Thinking series. Long Now’s third co-founder, Stewart Brand, joined them onstage for the second part of the talk.

Leaving the planet, singing, religion, drugs, sex, and parenting are all touched on in their wide-ranging and humor-filled discussion. There’s much about the 10,000 Year Clock project, of course, including details about how The Clock’s chime generator will work. And, fittingly, they discuss the notion of art as conversation.

Video of the 12 most recent Seminars is free for all to view. The Long Now, now is a recent SALT talk, free for public viewing until Februray 02015. Listen to SALT audio free on our Seminar pages and via podcast. Long Now members can see all Seminar videos in HD.

Hillis talked about the long-term stories we live by and how our expectations of the future shape the future, such as our hopes about space travel. Eno said that Mars is too difficult to live on, so what’s the point, and Hillis said, “That’s short-term thinking. There are three big game-changers going on: globalization, computers, and synthetic biology. (If I were a grad student now, I wouldn’t study computer science, I’d study synthetic biology.) I probably wouldn’t want to live on Mars in this body, but I could imagine adapting myself so I would want to live on Mars. To me it’s pretty inevitable that Earth is just our starting point.”

Danny Hillis is an inventor, scientist, author, and engineer. He pioneered the concept of parallel computers that is now the basis for most supercomputers, as well as the RAID disk array technology used to store large databases. He holds over 100 U.S. patents, covering parallel computers, disk arrays, forgery prevention methods, and various electronic and mechanical devices. Danny Hillis is also the designer of Long Now’s 10,000-year Clock.

Brian Eno is a composer, producer and visual artist. He was a founding member of Roxy Music and has produced albums for such groundbreaking artists as David Bowie, The Talking Heads and U2. He is credited with coining the term “Ambient Music” and making some of the definitive recordings in that genre. In recent years he has focused on generative art including numerous gallery installations and his Ambient Painting at The Interval at Long Now. His music is available for purchase at Enoshop. 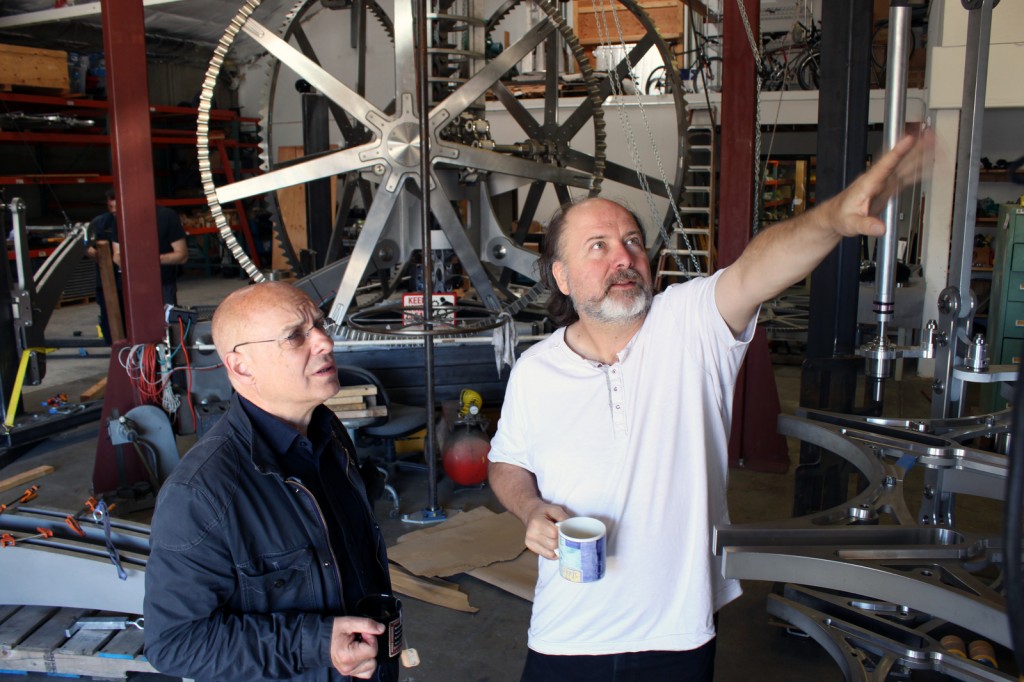 Everyone can watch full video of the last 12 Long Now Seminars (including this Seminar video until February 02015). Long Now members can watch the full ten years of Seminars in HD. Membership levels start at $8/month and include lots of benefits. 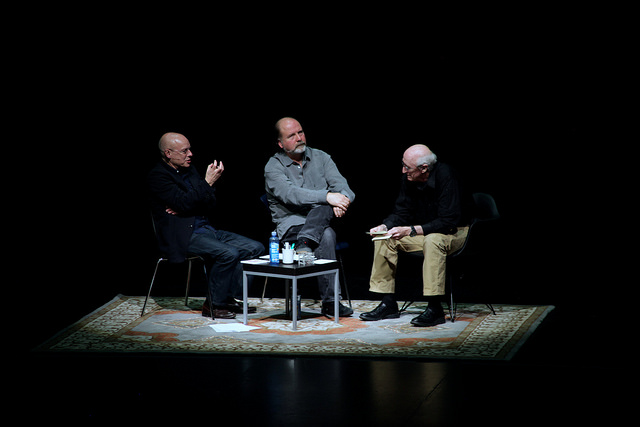 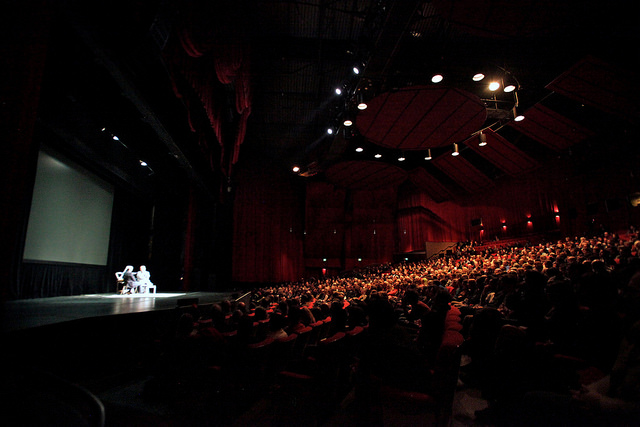