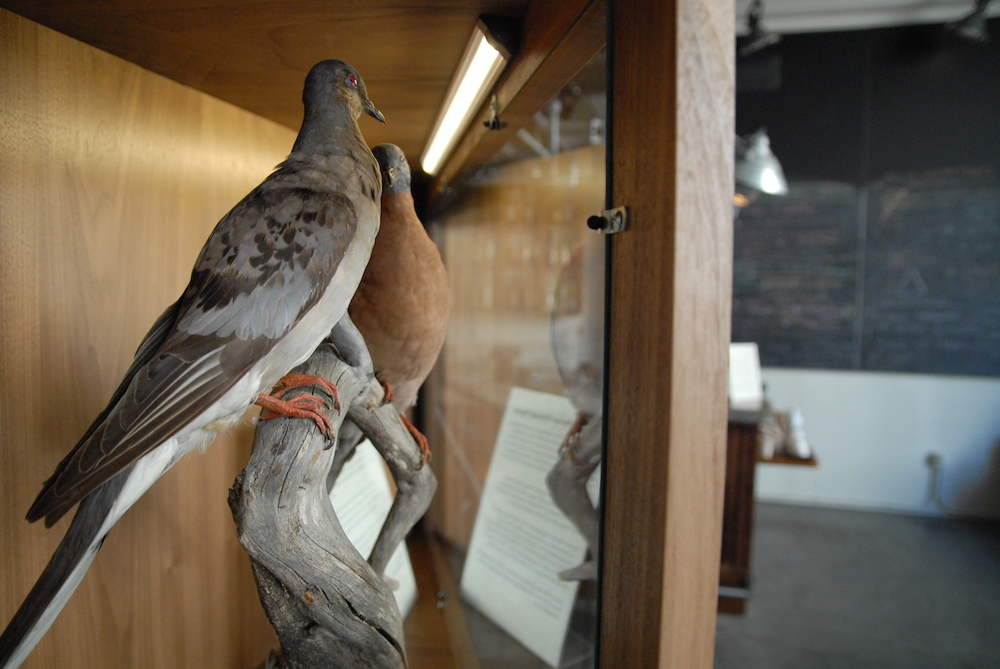 The passenger pigeon (Ectopistes migratorius) once lived throughout eastern North America in enormous nomadic flocks – the largest flocks recorded in history. Fossil records date as far back as 240,000 years, yet in less than three decades the species went extinct in the wild due to commercial harvesting, leaving only a few birds in captivity by 01902. The last passenger pigeon died on September 1, 01914, at the Cincinnati Zoo. 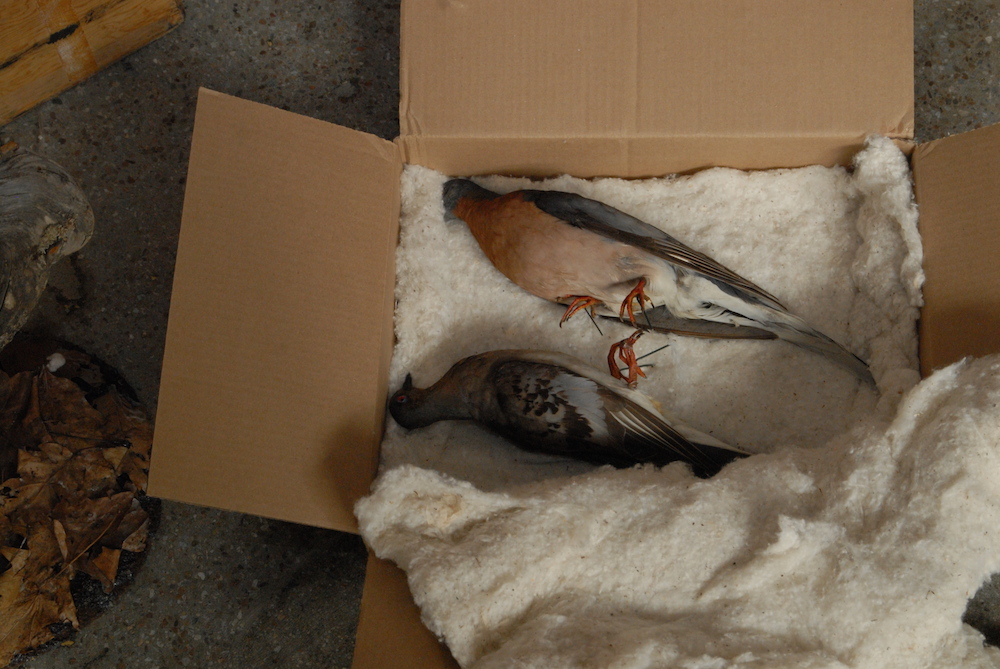 Revive & Restore’s flagship project, The Great Passenger Pigeon Comeback, aims to use new genome editing tools to recreate passenger pigeons from their living relative, the band-tailed pigeon. Through a partnership with the UCSC Paleogenomics Laboratory, Revive & Restore is sequencing the genomes of Royal Ontario Museum specimens to provide the foundation for future flocks of passenger pigeons.

Revive & Restore gratefully acknowledges the Royal Ontario Museum for this generous temporary loan for visitors to enjoy. Revive & Restore’s Research and Science Consultant and lead scientist on The Great Passenger Pigeon Comeback, Ben Novak, will speak at the Royal Ontario Museum on September 26, 02014 for their De-Extinction Dialogues event. The title of his talk is “De-Extinction: a genetic future to the conservation legacy of the passenger pigeon.” Visit the ROM website for more details.