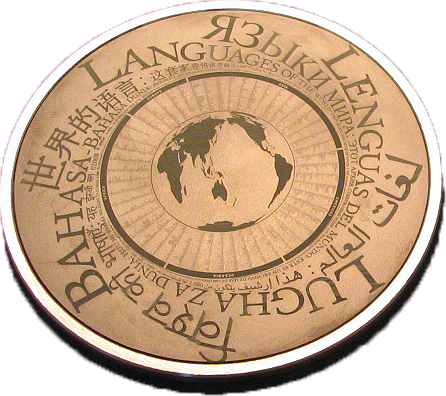 When The Long Now Foundation first began thinking about long-term archives, we drew inspiration from the Rosetta Stone, a 2000-year-old stele containing a Ptolemaic decree in Ancient Egyptian hieroglyphics, Demotic script, and Ancient Greek. Our version of the Rosetta Stone, the Rosetta Disk, includes parallel texts in more than 1,500 languages. Since creating the Disk (a copy of which is now orbiting Comet 67P/Churyumov-Gerasimenko on board the European Space Agency’s Rosetta probe), we have also partnered with the Internet Archive to create an online supplement that currently contains information on some 2,500 languages.

One of our purposes in creating The Rosetta Project was to encourage the preservation of endangered human languages. In a recent event at The Interval, The Future of Language, we explored the role these languages play in carrying important cultural information, and their correlation with biodiversity worldwide.

While we have focused our efforts on spoken languages and their written analogues, other organizations have begun preserving software—not just the end results, but the software itself. This is not only a way of archiving useful information and mitigating the risks of a digital dark age, but also a path to better understand the world we live in. As Paul Ford (a writer and programmer who digitized the full archive of Harper’s Magazine) wrote in The Great Works of Software, “The greatest works of software are not just code or programs, but social, expressive, human languages. They give us a shared set of norms and tools for expressing our ideas about words, or images, or software development.”

Matthew Kirschenbaum, the Associate Director of the Maryland Institute for Technology in the Humanities, made a similar point in the opening address of the Digital Preservation 2014 Meeting at the Library of Congress. In discussing George R. R. Martin’s idiosyncratic choice to write his blockbuster, doorstopper Song of Ice and Fire on an air-gapped machine running DOS and WordStar, Kirschenbaum notes that “WordStar is no toy or half-baked bit of code: on the contrary, it was a triumph of both software engineering and what we would nowadays call user-centered design.”

In its heyday, WordStar appealed to many writers because its central metaphor was that of the handwritten, not the typewritten, page. Robert J. Sawyer, whose novel Calculating God is a candidate for the Manual of Civilization, described the difference like this:

Consider: On a long-hand page, you can jump back and forth in your document with ease. You can put in bookmarks, either actual paper ones, or just fingers slipped into the middle of the manuscript stack. You can annotate the manuscript for yourself with comments like ‘Fix this!’ or ‘Don’t forget to check these facts’ without there being any possibility of you missing them when you next work on the document. And you can mark a block, either by circling it with your pen, or by physically cutting it out, without necessarily having to do anything with it right away. The entire document is your workspace.”

If WordStar does offer a fundamentally different way of approaching digital text, then it’s reasonable to believe that authors using it may produce different work than they would with the mass-market behemoth, Microsoft Word, or one of the more modern, artisanal writing programs like Scrivener or Ulysses III, just as multi-lingual authors find that changing languages changes the way they think. 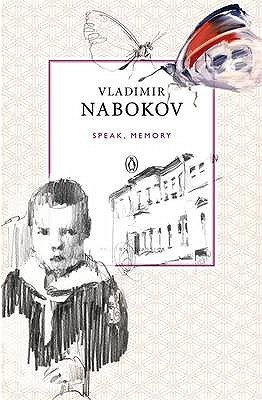 Samuel Beckett famously wrote certain plays in French, because he found that it made him choose his words more carefully and think more clearly; in the preface to Speak, Memory, Vladimir Nabokov said that the “re-Englishing of a Russian re-version of what had been an English re-telling of Russian memories in the first place, proved a diabolical task.” Knowing that A Game of Thrones was written in WordStar or that Waiting for Godot was originally titled “En Attendent Godot” may nuance our appreciation of the texts, but we can go even deeper into the relationship between software and the results it produces by examining its source code.

This was the motivation for the Cooper Hewitt, Smithsonian Design Museum’s recent acquisition of the code for Planetary, a music player for iOS that envisions each artist in the music library as a sun orbited by album-planets, each of which is orbited in turn by a collection of song-moons. In explaining its decision to acquire not only a physical representation of the code, such as an iPad running the app, but the code itself, Cooper-Hewitt said,

With Planetary, we are hoping to preserve more than simply the vessel, more than an instantiation of software and hardware frozen at a moment in time: Commit message fd247e35de9138f0ac411ea0b261fab21936c6e6 authored in 2011 and an iPad2 to be specific.

One of the ways the Museum has chosen to meet this challenge is to open-source the software, inviting the public to examine the code, modify it, or build new applications on top of it.

The open-source approach has the advantage of introducing more people to a particular piece of software—people who may be able to port it to new systems, or simply maintain their own copies of it. As we have said in reference to the Rosetta Project, “One of the tenets of the project is that for information to last, people have to care about and engage it.” However, generations of software have already been lost, abandoned, or forgotten, like the software that controls the International Cometary Explorer. Other software has been preserved, but locked into black boxes like the National Software Reference Library at NIST, which includes some 20 million digital signatures, but is available only to law enforcement. The International Cometary Explorer, a spacecraft we are no longer able to talk to

While there is no easy path to archiving software over the long term, the efforts of researchers like Kirschenbaum, projects like the Internet Archive’s Software Collection, and enthusiastic hackers like the Carnegie Mellon Computer Club, who recently recovered Andy Warhol’s digital artwork, are helping create awareness of the issues and develop potential solutions.