“How do you deflect an asteroid? Simple…”

In June 02013 former astronaut Ed Lu discussed the very real future threat of asteroids striking the Earth and efforts by himself and the B612 Foundation to keep the planet safe. It turns out that detecting them is the hard part. Twice a month we highlight a Seminar About Long-term Thinking (SALT) from our archives.

Video of the 12 most recent Seminars is free for all to view. Anthropocene Astronomy: Thwarting Dangerous Asteroids Begins with Finding Them is a recent SALT talk, free for public viewing until late July 02014. SALT audio is free for everyone on our Seminar pages and via podcast. Long Now members can see all Seminar videos in HD.

From Kevin Kelly’s summary of this Seminar (in full here):

What are we looking for? Asteroids that Lu calls “city killers” are about the size of a theater—an airburst of one could destroy the whole San Francisco Bay Area. In our children’s lifetime the chance of impact from one of these is about 30 percent. In the same period there is a 1 percent chance of an asteroid impact equivalent to all the bombs in World War II times 5; it could kill 100 million people.

We buy fire insurance against risk with lower probability than that. Then there’s a kilometer-size asteroid, which would destroy all of humanity permanently. The chance of collision with one in our children’s lifetime—.001 percent.

Ed Lu is CEO and co-founder of the B612 Foundation. As an astronaut he earned NASA’s highest honor: The Distinguished Service Medal and in his 3 missions logged 206 days in space while constructing and living aboard the International Space Station. From 02007 to 02010, he led the Advanced Projects group at Google developing imaging technology for Google Earth/Maps and Google Street View amongst other projects. 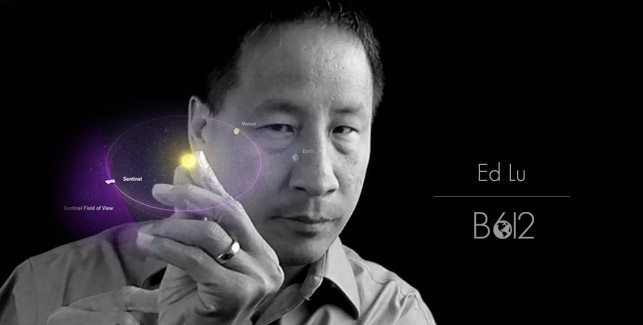 Everyone can watch full video of the last 12 Long Now Seminars (including this Seminar video until late June 02014). Long Now members can watch the full ten years of Seminars in HD. Membership levels start at $8/month and include lots of benefits.