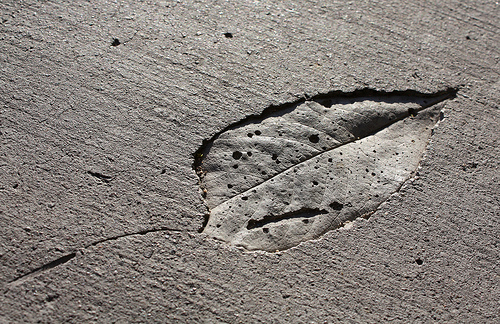 In 01995, Brian Eno surmised that the fast-paced uncertainty of life in New York City led people to retreat into the immediacy of their own private worlds. As a counterweight to this preoccupation with the “short now,” he posited the idea of “The Long Now” – and thus the name of our Foundation was born.

Now, nearly twenty years later, a group of researchers from the Vrije Universiteit in Amsterdam argues that urban environments may indeed directly impede our capacity for long-term thinking.

Their work is predicated on evolutionary theories of competition. In an environment with scarce resources for nutrition and reproduction, their paper explains, life is uncertain and survival depends on an organism’s success in securing as many of those resources as he can, as fast as he can. When surrounded by abundance, on the other hand, the need to compete is less acute. Organisms can afford to take it easy: there will still be apples in that tree tomorrow, and there’s no risk that that nearby stream will run dry any time soon. In other words: a lush environment creates the probability of a future. It allows species the opportunity to maximize their evolutionary success by weighing short-term gains against long-term rewards.

This team of Dutch social psychologists hypothesized that urban environments will trigger a perception of scarcity and uncertainty in the human brain, whereas natural surroundings will elicit a sense of abundance and stability:

Urban landscapes are inherently unpredictable as they convey intense social competition for status, goods and mates, and so they may entice people – either consciously or subconsciously – to adopt a faster life history. By contrast, nature exposure may encourage individuals to adopt a slower life-history strategy, perhaps because natural environments convey an abundance of natural resources, and hence less competition.

Indeed, their series of three experiments has confirmed that people who have been exposed to a natural environment are more inclined to consider the future than those who have been immersed in an urban setting. In the first two of these tests, research participants were shown a selection of photographs that depicted either an urban or natural landscape; in the third, subjects were actually taken to a high-rise neighborhood or local forest. Following this ‘exposure’, all participants were asked to choose between an immediate reward of €100, or a larger reward – anywhere between €110 and €170 – to be paid out in ninety days. Those who had been exposed to natural settings were systematically more likely to choose the delayed reward – and to do so when the reward was set at a lower amount, suggesting a greater propensity to consider the future – than those who had been exposed to urban environments.

As the authors conclude, these findings have profound implications for global society – especially given today’s rate of urbanization. But there is cause for optimism: these studies also suggest that fostering long-term thinking may simply start by encouraging people to take a walk in the woods.