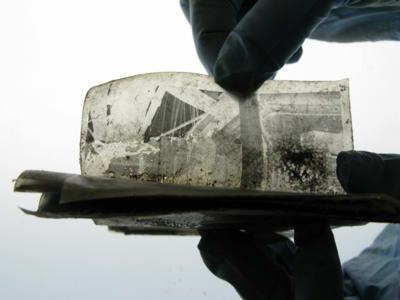 A small box of 22 exposed but unprocessed photographic negatives left nearly a century  ago in an Antarctic exploration hut has been discovered and conserved by New Zealand’s Antarctic Heritage Trust.

“It’s the first example that I’m aware of, of undeveloped negatives from a century ago from the Antarctic heroic era,” Antarctic Heritage Trust Executive Director Nigel Watson said in a press release. “There’s a paucity of images from that expedition.” 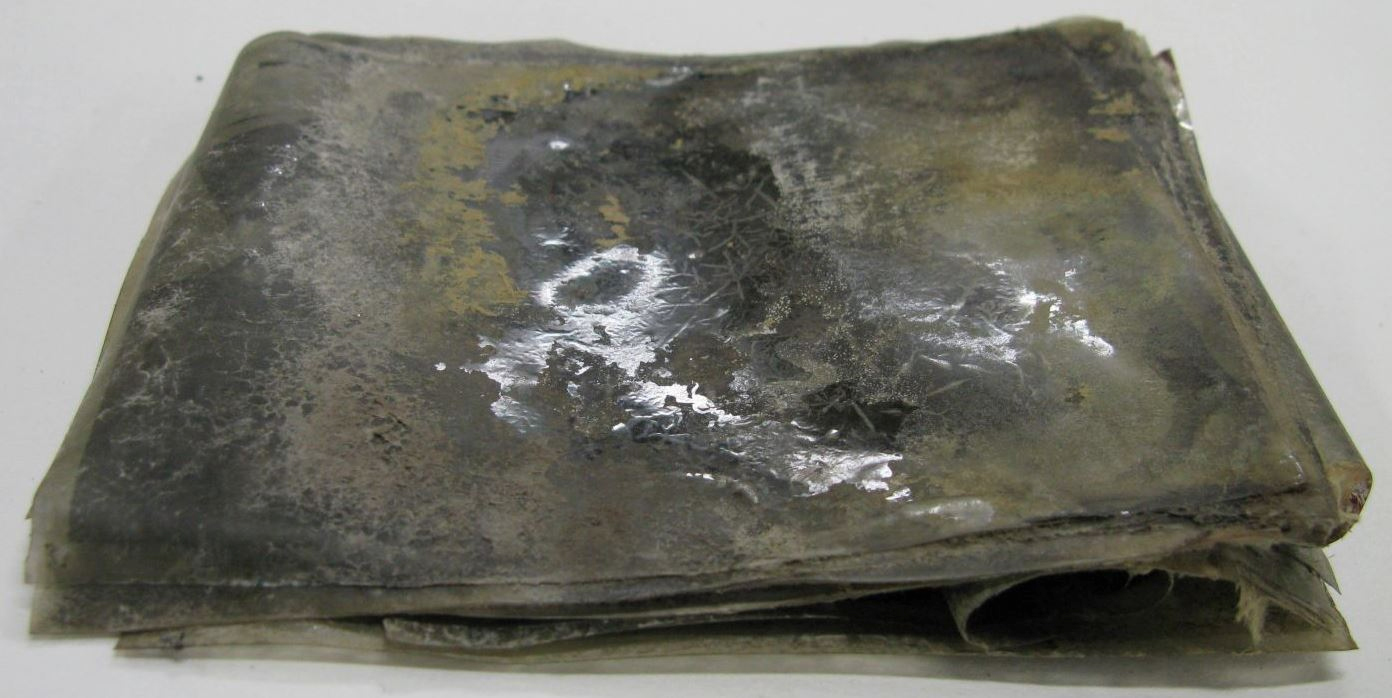 The team of conservationists discovered the clumped together negatives preserved in a solid block of ice in Robert Falcon Scott’s hut at Cape Evans on Ross Island. The hut served as one of the many supply depots of Captain Scott’s doomed Terre Nova Expedition to the South Pole (01910-01913). While the expedition made it to the Pole, they died during the return trip from starvation and extreme conditions. Today, preserved jars of Heinz Tomato Ketchup, John Burgess & Sons French olives and blocks of New Zealand butter can still be found in the hut, as well as a darkroom intact with chemicals and plates.

Two years after Scott’s expedition, the hut was inhabited by the Ross Sea Party of Ernest Shackleton’s Imperial Trans-Antarctic Expedition (01914-01917). Ten marooned men lived there after being stranded on the ice for nearly two years when their ship, the SY Aurora, broke free from her moorings during a blizzard and drifted out to sea.  By the time of their rescue, three men had died, including the team’s photographer Arnold Patrick Spencer-Smith. While the photographer of the negatives cannot be proven, someone in the Ross Sea Party did leave behind the undeveloped images. 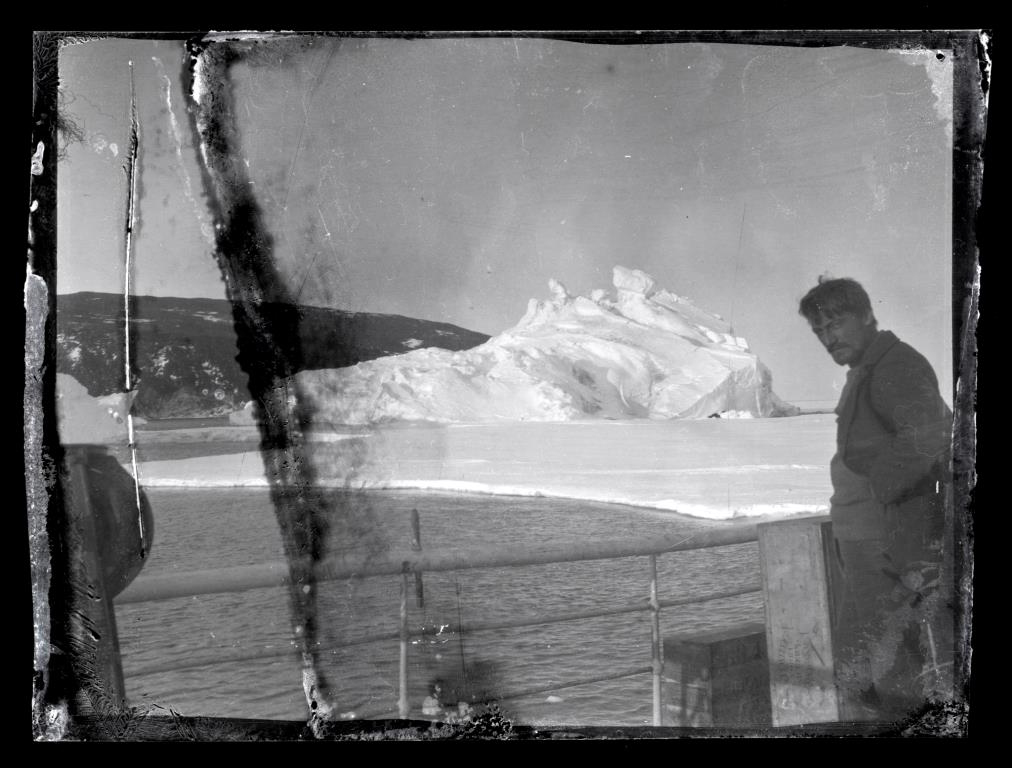 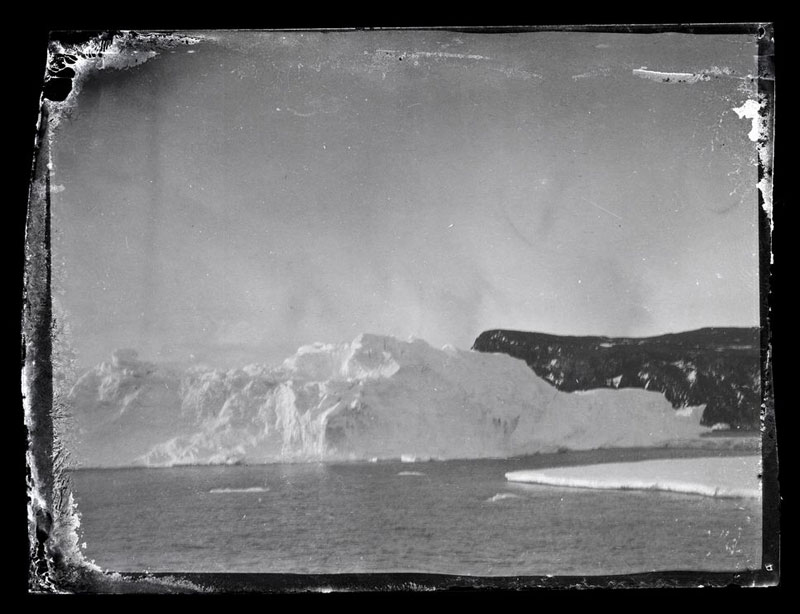 These never-before-seen images give testament to the Heroic Age of Antarctic Exploration. And only in places like Antarctica could such a situation exist. The photographer used cellulose nitrate film, which according to Kodak, is a relatively unstable base. The film breaks down in humidity and higher temperatures, giving off powerful oxidizing agents. However, if the conditions are right, the film may last for decades, or as the Antarctic Heritage Trust discovered, a century.