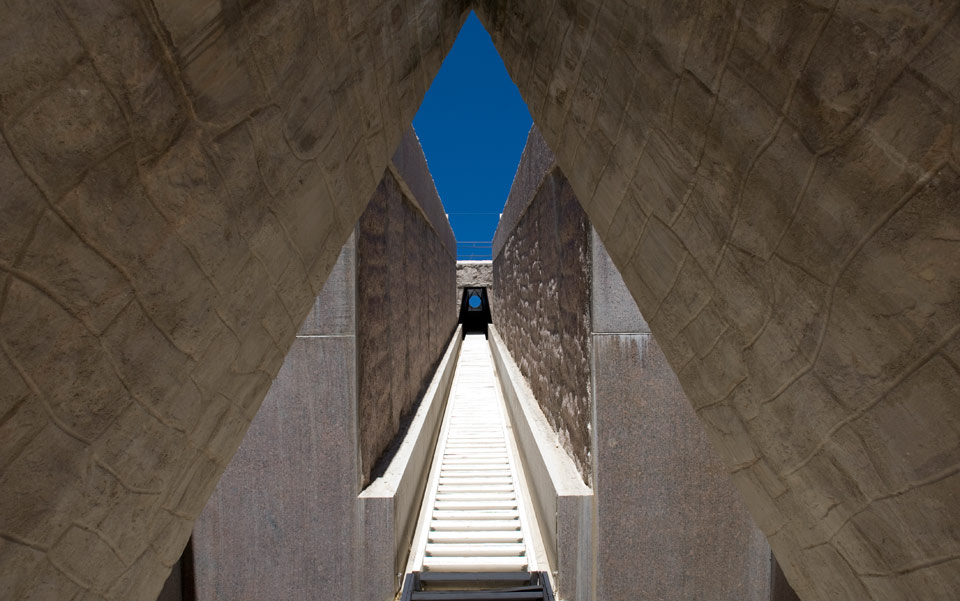 Having climbed the staircase for some time, I stopped on a step that sent me back to the sky of twenty-five hundred years ago, the sky that loomed overhead when the Book of Job was written. I braced myself against the cool stone of the corridor that bracketed the staircase, and looked up through the tunnel. In the 5th century BC, the orbit of Polaris was much further out from the pole than it is now. We know this from our understanding of precession, but also from observations that were recorded at the time, observations that suggest a new way of looking at the sky had begun to emerge by then. Very slowly, it seems, the conceptual filters that humans used to interpret celestial phenomena had started changing, becoming less theological and more empirical. Instead of scanning the sky for the moods and faces of a humanlike god, people began looking for patterns in it. They went searching for order itself in the void.

Aeon Magazine Senior Editor Ross Anderson recently had the privilege of visiting Star Axis, a large-scale architectural installation in the New Mexico desert by artist Charles Ross. Anderson tells the story of his journey to the incomplete and mystery-shrouded artwork, with plenty of backstory on its creator and the astronomical mechanics it highlights.