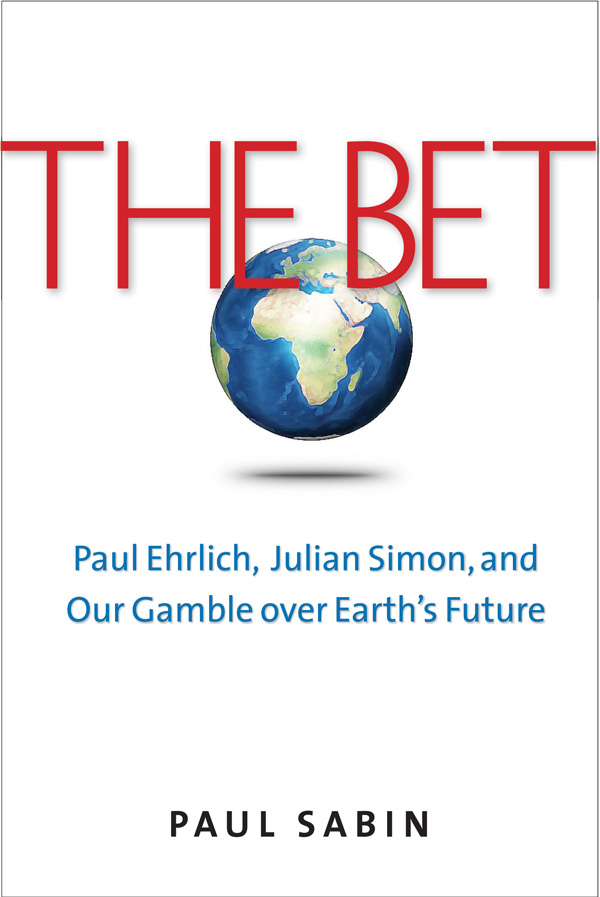 In 1980, a bet was made between a Malthusian ecologist and a Cornucopian economist – between optimism and pessimism – about the fate of humanity and planet Earth. The wager concerned fluctuations in the market prices for several crude metals. If prices rose over the next decade, civilization must be facing scarcity and thus inevitable doom; falling prices, on the other hand, would signal abundance, ingenuity, and human prosperity. In 1990, optimism won. (A longer-term bet, however, would have turned out differently.)

Last month, Yale historian Paul Sabin published a book in which he revisits this iconic bet. Delving into the philosophical disagreements between doomsday-saying environmentalists and optimistic believers in the adaptive powers of human innovation, the book ultimately asks: how should we measure global prosperity, and what will spur us to act on a changing environment?

While the (rising) price of essential commodities can be a powerful motivator for action, Sabin writes, some important indices of civilizational well-being may not be reflected in the behavior of the free markets (think, for example, of the impact of carbon dioxide emissions, which currently carry no financial burden). Nevertheless, doomsday-warnings about the impact of environmental destruction do not seem to be much better at prompting productive responses to our evolving world. Advocating a middle ground between these two entrenched perspectives, Sabin ultimately argues that the future of our planet is best served by actions and decisions that are driven by social values – and a long-term perspective:

“I think that environmentalists would find a more solid foundation to advocate action if they made their case based on social values, rather than apocalyptic fear. What kind of world do we want to live in? Humans might survive, and even prosper economically, in a warmer and more populated world. But are the risks associated with climate change worth taking? (The answer, I think, is clearly “no.”) Do we want to live on a more biologically impoverished, albeit economically productive, planet? These are profound social questions that, I might point out (as a historian), cannot be answered by economics or biology alone but rather depend on the humanities and can only be resolved through politics.”

The Bet: Paul Ehrlich, Julian Simon, and Our Gamble Over Earth’s Future has been published by Yale University Press. You can read more about and by Paul Sabin here.