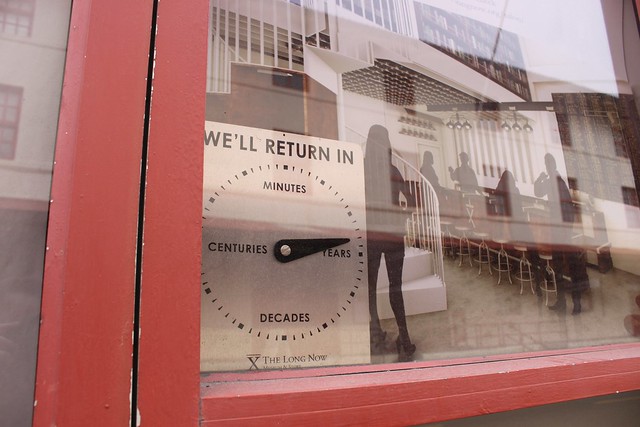 The Long Now Museum and Store is closed. It’s an important first step to opening The Long Now Salon our new public space in the same location.

While it’s exciting, for those of us who know the space well, Long Now staff, volunteers and anyone who has attended events or Seminar receptions there, these images may be a bit unsettling. A place we know well, where a lot of thoughts were provoked and much fun was had, is no more. But it is just dormant, transitioning into a different kind of public, social space. 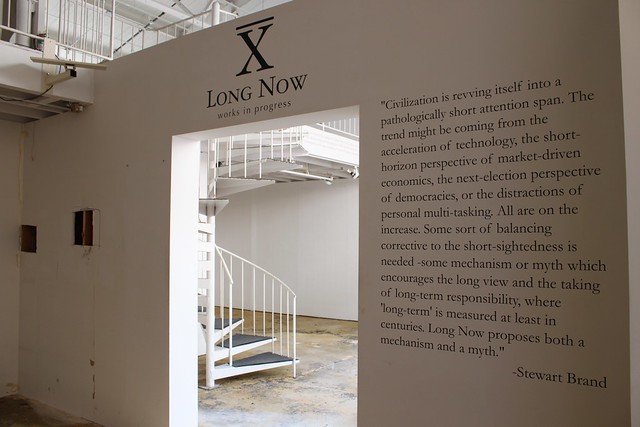 The Long Now Salon will be an inspiring and beautiful venue that is welcoming to the public and our members, celebrating thought, conversation and long-term thinking. A kind of 21st Century version of the salons that fueled the Enlightenment in Europe. And, as with those hosted gatherings of the past, there’s a remarkably simple interaction model at the core: bringing interesting people together for conversation over drinks.

Right now there is only renovation waiting to happen. We’ve relocated our office and the contents of the museum and store space we opened to the public in 02006. Most of our prototypes and other project artifacts are in storage elsewhere, here’s what that looks like: 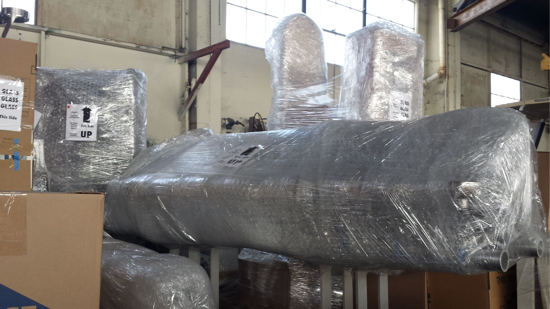 The future Salon space is empty except for our Orrery prototype and a few remnants of the Museum design. Like a quote about our Clock project showing sociality has always been part of the design: 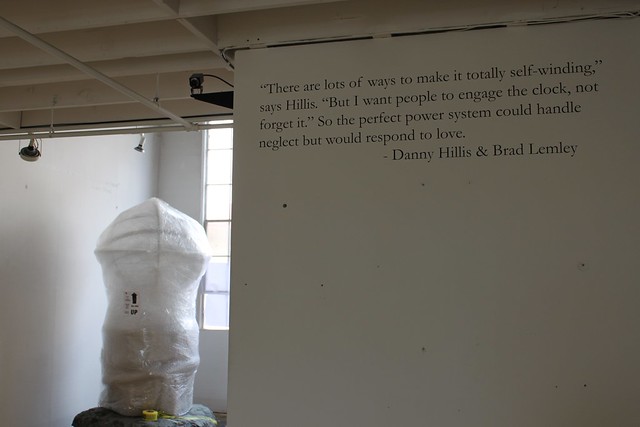 The Orrery prototype for the Clock of the Long Now is one of the most recognizable of Long Now’s museum pieces. It has a featured place in the new Salon design. What is an orrery? Per Wikipedia:

An orrery is a mechanical device that illustrates the relative positions and motions of the planets and moons in the Solar System in a heliocentric model. Though the Greeks had working planetaria, the first orrery that was a planetarium of the modern era was produced in 1704, and one was presented to the Earl of Orrery — whence came the name. They are typically driven by a clockwork mechanism with a globe representing the Sun at the centre, and with a planet at the end of each of the arms.

The Long Now Orrery prototype is 8-feet tall (a fraction of the size of the one that will be in the final Clock) and shows the planets that are visible to the unaided eye (Mercury through Saturn).

And right now it’s in a lot of bubble wrap as we make prep for construction. It’s a bit like a chrysalis, except when the Orrery is unwrapped it will be the same while the room it is in will look like this: 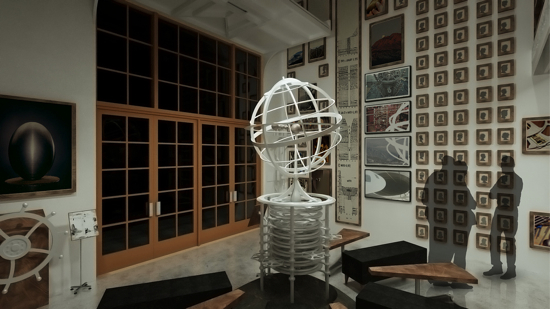 There are some… very exciting details that we have yet to reveal about the project. We’ll have some news for you next week. In the meantime, learn more about the Salon project here.