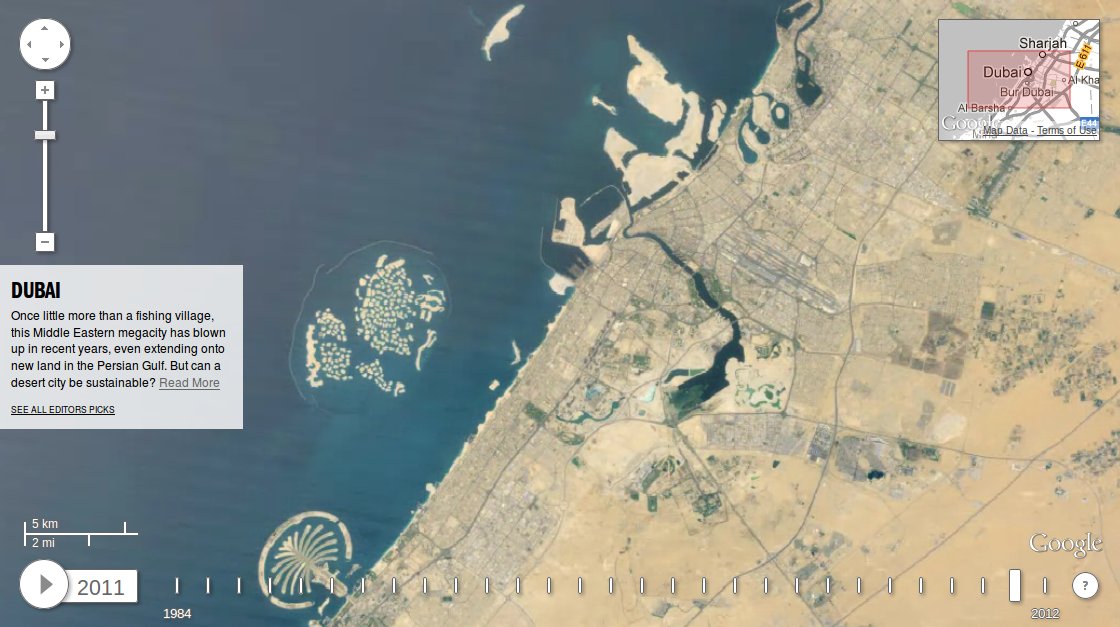 Humans have been telling stories about space for generations, but now space is starting to tell stories about us. By putting satellites into orbit pointed not out at the stars, but in at our selves, and simply letting the cameras roll, we can see ourselves in aggregate, growing and changing. NASA’s Landsat program has recorded millions of photographs of the Earth’s surface since 01972 and Google has recently marshaled its significant computational power to organize that massive dataset into watchable video of our planet’s surface.

These Timelapse pictures tell the pretty and not-so-pretty story of a finite planet and how its residents are treating it — razing even as we build, destroying even as we preserve. It takes a certain amount of courage to look at the videos, but once you start, it’s impossible to look away.