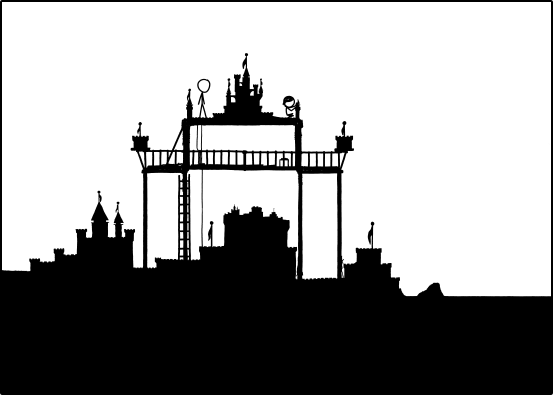 There have been many comic strips that run for a long long time, but rarely does a single entry take on a prodigious life of its own. Randall Munroe has been publishing xkcd since 02005 – not a bad run – and regularly stretches the medium’s definition. Entries can range from a single panel, to massive informational charts. From the beginning of the strip, time, and vast quantities of it, has been a common theme. One recent foray into this subject matter garnered the strip a mention, alongside Long Now, in The Economist because it’s been updating for almost a month now.

“Time,” as the piece is called, started off as a single panel with two people sitting on a beach. xkcd’s punchlines are generally hidden in the image’s title text, but in this case it simply says “Wait for it.” Every half-hour the image is updated, forming a very, very slow animation. (Most animated films, for instance, move along at 24 frames per second; this is more like .0006 frames per second.) The characters have been building a sandcastle and fortifying it against a rising sea since March 25th, 02013. You can see the whole thing, sped up, on Explain xkcd, a wiki created about the comic.

The eventual fate of the sandcastle and its creators, as well as the ultimate length of this story, remain unknown. Wait for it.