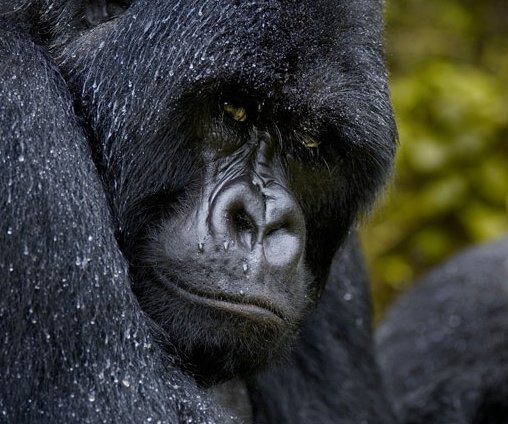 Humanity’s success as a species is often credited to intellect: our uniquely large and capable brains, evolved relatively recently in biological terms, allowed us to reason our way to technological innovation and ecological domination.

Or so the story goes. Stephen Asma, for Aeon Magazine, writes that we might owe an even deeper debt, however, to an older part of ourselves and uses a trip to Africa to illustrate how.

Walking around (very carefully) on the Serengeti is like visiting the nursery of our own mind.

In describing encounters with gorillas, lions and wildebeests, Asma discusses the burgeoning field of affective neuroscience, a program of study interested in the biological and evolutionary underpinnings of emotions and how they affect decision-making:

Neuroscience has begun to correct the computational model by showing how our rational, linguistic mind depends on the ancient limbic brain, where emotions hold sway and social skills dominate. In fact, the cognitive mind works only when emotions preferentially tilt our deliberations… Our rational mind is truly embodied, and without this emotional embodiment we have no preferences. In order for our minds to go beyond syntax to semantics, we need feelings. And our ancestral minds were rich in feelings before they were adept in computations.

While the “cognitive mind” of the neo-cortex is a fairly recent development in our evolution, shared only partially by some close primate relatives, this emotional system is older and more widely shared among mammals. So, how can it account for our unique success?

Asma points to new developments in climate studies that upend another common narrative of popular evolutionary psychology – that a period of stable climate and ecology led to the genetic development of our current superlative problem-solving. New data seem to indicate that the human brain’s unprecedented expansion happened not during a time of climatic stability, but rather during a time of relative chaos. Should new evidence continue to support this picture, well-established theories like Chomsky’s “universal grammar” will require revising as they rely on the assumption that independent problem-solving modules within the mind genetically evolved during this stable period.

Instead, a chaotic and changing environment that historically coincides with brain expansion would indicate that we survived by developing a unique ability to learn, change and adapt to unexpected circumstances:

According to this view, the neocortex is a highly flexible, general problem solver. Our environment selected for a mind with reliable pattern recognition and prediction powers, but it didn’t give us specific modules for thought contents or behaviors. As affective neuroscience advances, this scenario comes to look more credible, albeit with a surprising twist. It seems that even the emotional springs of the limbic system — our fear, care, rage and so forth — are more pliable and open-ended than we previously thought.

Asma covers a lot of ground in the essay, literally and figuratively, but ultimately reminds us that while intelligence might be like a new disruptive technology, our older, mammalian emotional heritage spryly pivoted along with it.

Life by nature is fleeting. It does not outlast time. Our life is finite and time continues. It is one of the great condolences it can offer.

The Enlightenment is Dead, Long Live the Entanglement