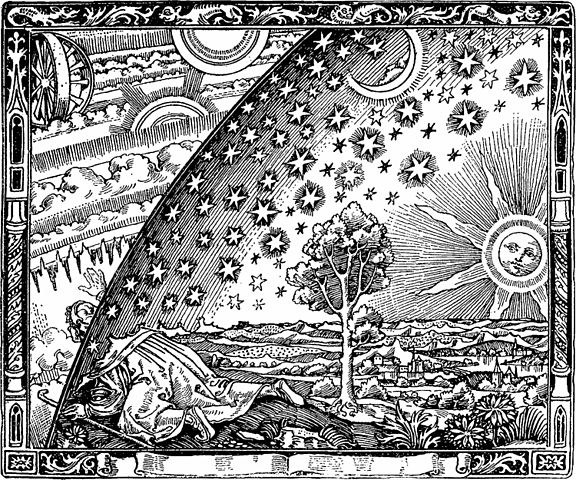 According to a team of psychologists at Harvard, we’re poor predictors of our own future.

In a paper published last week in Science, these researchers report on a study that asked participants to estimate how much their personality, tastes, and values had changed over the last decade, and how much they expected they would change in the next. Statistical analysis reveals what these psychologists call an “End of History Illusion”: while we remember our past selves to be quite different from who we are today, we nevertheless believe that we won’t change much at all in the future. The New York Times quotes:

“Middle-aged people – like me – often look back on our teenage selves with some mixture of amusement and chagrin,” said one of the authors, Daniel T. Gilbert, a psychologist at Harvard. “What we never seem to realize is that our future selves will look back and think the very same thing about us. At every age we think we’re having the last laugh, and at every age we’re wrong.”

There are several ways to explain these findings. It’s more difficult to predict the future than to recall the past; perhaps participants simply weren’t willing to speculate on something they felt uncertain about. It’s also possible that study participants overestimated how much they had changed in the past, making it seem as though they were underestimating their change in the future. However, the psychologists suggest that the end of history illusion is most probably explained by the fact that it just makes us feel better about ourselves:

… most people believe that their personalities are attractive, their values admirable, and their preferences wise; and having reached that exalted state, they may be reluctant to entertain the possibility of change. People also like to believe that they know themselves well, and the possibility of future change may threaten that belief. In short, people are motivated to think well of themselves and to feel secure in that understanding, and the end of history illusion may help them accomplish these goals. (Science 339:98).

This “end of history” notion has some history of its own. For example, Stanford political scientist and former SALT speaker Francis Fukuyama follows Marx in arguing that civilization as a whole has come to the end of a 10,000-year history of development. With the advent of liberal democracy, he writes in 1989, we’ve reached the pinnacle of social evolution:

What we may be witnessing is not just the end of the Cold War, or the passing of a particular period of postwar history, but the end of history as such: that is, the end point of mankind’s ideological evolution and the universalization of Western liberal democracy as the final form of human government. This is not to say that there will no longer be events to fill the pages of Foreign Affair’s yearly summaries of international relations, for the victory of liberalism has occurred primarily in the realm of ideas or consciousness and is as yet incomplete in the real or material world. But there are powerful reasons for believing that it is the ideal that will govern the material world in the long run.” (The National Interest).

On the other hand, French postmodern philosopher Jean Beaudrillard contends that Fukuyama’s modernist theory is no more than an illusion caused by our particular relationship with time. He writes that contemporary civilization has simply “lost” its sense of history:

… one might suppose that the acceleration of modernity, of technology, events and media, of all exchanges – economic, political, and sexual – has propelled us to ‘escape velocity’, with the result that we have flown free of the referential sphere of the real and of history. … A degree of slowness (that is, a certain speed, but not too much), a degree of distance, but not too much, and a degree of liberation (an energy for rupture and change), but not too much, are needed to bring about the kind of condensation or significant crystallization of events we call history, the kind of coherent unfolding of causes and effects we call reality. Once beyond this gravitational effect, which keeps bodies in orbit, all the atoms of meaning get lost in space. Each atom pursues its own trajectory to infinity and is lost in space. This is precisely what we are seeing in our present-day societies, intent as they are on accelerating all bodies, messages and processes in all directions and which, with modern media, have created for every event, story and image a simulation of an infinite trajectory. Every political, historical and cultural fact possesses a kinetic energy which wrenches it from its own space and propels it into a hyperspace where, since it will never return, it loses all meaning. No need for science fiction here: already, here and now – in the shape of our computers, circuits and networks – we have the particle accelerator which has smashed the referential orbit of things once and for all. (1994:1-2).

Illusion or not, the Harvard study shows that a sense of being at the end of history has real-world consequences: underestimating how differently we’ll feel about things in the future, we sometimes make decisions we later come to regret. In other words, the end of history illusion could be thought of as a lack of long-term thinking. It’s when we fail to consider the future impact of our choices (and imagine alternatives) that we lose all sense of meaning, and perhaps even lose touch with time itself.